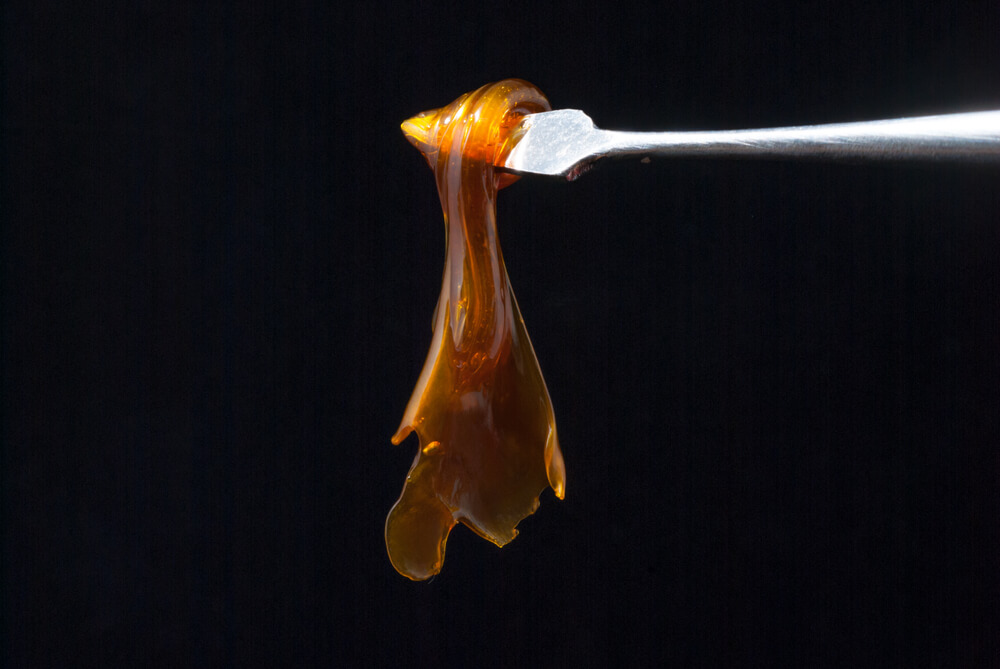 Does keeping up with all the advances in the cannabis product market, including concentrates, accessories, and solventless extracts make your head spin?

There is no denying or slowing down the rapid evolution of cannabis extracts. These concentrates have grown substantially in popularity, especially since the widespread legalization of recreational and medicinal cannabis in Canada in 2018 and further legislation regarding edibles and concentrates in 2019.

Still, while these products are steadily on the rise, some questions remain surrounding what exactly goes into them. Like with anything else you put into your body, you should probably know what it is.

It may be surprising to some readers, but many cannabis extract products utilize solvents, such as butane, to help create them, which may leave remnants even after the extraction process is completed.

If you’re slightly overwhelmed, we get it. Don’t freak out just yet.

To help make things more transparent, we’ve developed a guide that will explore the different types of solventless cannabis extracts currently available on the market.

What are Solventless Extracts?

The world of cannabis extracts has seen unprecedented growth in recent years. In fact, many if not most of the concentrates that consumers now know and love did not exist even as recently as just a few years ago.

For example, hash, or hashish, is the oldest example of cannabis concentrate, originating in the Middle East. But we have come so far since then.

If you’re one of the few tokers wondering “what is hash,” it’s a concentrate made by physically shaking up cannabis buds and collecting all the trichomes that fall off . This process is known as a dry sift. Producers perform a dry sift and then gather up all of this powder and compress it into hash blocks.

While dry sift hash is an old school example, it also demonstrates the category of solventless extracts very nicely. There is no other substance used to extract the cannabinoids, only physical agitation.

Even the modern-day evolution of bubble hash, also known as ice water hash, does not use a ‘solvent.’ Technically, producers use ice water, but that is not what we consider to be a solvent. It does, however, explain the name ‘ice water hash.’

For those that may not know, solvents are chemicals used to extract or pull out the cannabinoids and terpenes inside and outside of cannabis buds. Butane, propane, and CO2 are the most commonly used solvents to create many different extracts and concentrates, including butane hash oil (BHO).

These cannabis extracts created a whole new wave of widely popular products. You can now take the same starting material, butane hash oil, and make so many different products out of it.

But with this growing popularity also came the recognition of the downsides. Technical expertise and advanced technologies are needed to safely and adequately utilize solvents.

If removed properly, these solvent-based extracts are entirely safe. Nonetheless, many consumers have wanted to go back to more ‘natural’ versions of marijuana extracts.

While hash is still a common option, producers have also created a whole new set of modern solventless extracts to meet consumer demands.

How are They Different from Extracts Made Using Solvents?

These solvent-free extracts’ benefits include enhanced safety during production and consumption along with generally lower production costs.

Ultimately, all of these extracts share standard features, but it is the production process that differs. Each extract contains a mixture of cannabinoids and terpenes while leaving behind all the other unwanted plant matter.

These concentrated products are far more potent than regular cannabis buds, and they do not require the burning of plant matter, or decarboxylation, to be activated or for consumption.

You won’t find any mention of solvents like propane or butane mentioned in our discussion of these solventless extracts. But, you will find plenty of potent products packed full of cannabinoids and terpenes.

Some of these extracts can be made easily at home with only minimal supplies. Furthermore, they are all broadly safe to create, requiring no special skills or potentially explosive, flammable, or corrosive solvents.

Rosin is created using heat and pressure, nothing more, to put as simply as possible. Rosin is made by compressing bud between two hot plates and collecting the resin that oozes out.

After the sticky substance is cooled, it is ready for consumption. It really is that simple. That said, you can also find more complex and expensive rosin presses that only make the process easier and more effective.

You can make rosin by pressing buds between the two plates of flat iron or hair straightener.

Also known as a rosin press, all you need to do is wrap the bud in parchment paper and squeeze it between the plates. What will run out is a hot and sticky liquid comprised of trichomes full of cannabinoids and terpenes.

You can use high-quality buds, trim, or any other part of the cannabis plant to make rosin.

Solventless shatter attempts to replicate the shatters you can now find throughout the cannabis market. Instead of using solvents and fancy machines, however, this extract starts with a rosin press.

Basically, the process is very similar to making rosin. Where this extract differs is in the temperatures used.

Solventless shatter uses very high heat and some additional expertise to ensure the product has a glass-like consistency that matches other shatter products. Just like those solvent-based shatters, this shatter is highly potent and will break apart like glass.

While there is also a solvent-based extract that goes by the same name, try not to get confused. This form of budder is similar to the solventless shatter described above, as both starts with the standard rosin press method.

You may also know the product as cake batter or whipped rosin. Unlike the shatter described above, budder takes advantage of very low heats to create the desired consistency.

Through the use of low heat and gentle rosin pressing, producers create this buttery and salve-like product. It has a whipped and creamy nature to its consistency that makes for super easy dabbing. Furthermore, this solventless budder is packed with terpenes and has an incredibly potent aroma.

If you get the chance to enjoy some solventless budder, be sure to enjoy the rich flavour combined with high potency for a blissfully wonderful trip.

Terpenes Affect More Than Just Taste! Learn More About How These Aroma Molecules Can Actually Affect Your High!

Switching from hot to cold, we get to the topic of freeze-dried extracts. This extract is made using flash-freezing technology commonly used to make all those frozen fruits and vegetables in your freezer (that you never eat).

By using rapid sub-zero temperatures, producers can freeze the buds in their place. This means that the exact terpene and cannabinoid profiles found inside the buds are conversed and maintained.

Even further, no drying of the bud needs to be done, so you have the closest representative of freshly picked buds you can find. So, the better the starting material, the better the final product.

Unfortunately, these machines can be very pricey to acquire. But once the buds are frozen, they can be used to create excellent solventless extracts.

Benefits of Extracts Made Without Solvents

We hinted at these benefits earlier, but now it is time to dive into solventless extracts’ significant benefits. Although it requires extra work to create these concentrates, consumers who have tried them know just how amazing and well worth it these processes are.

First, we should note all the benefits that these extracts share with solvent-based extraction compared to other cannabis options.

First, they are far more potent, with incredibly high THC and high terpene options available on the market. Second, these concentrated products are small, they last a long time, and can be stored easily.

Finally, without all the excess plant material, you reduce potential carcinogens and reduce the airway agitation that typically occurs with smoking and vaping plant material.

Now, let’s get to the benefits of solventless extracts.

Increased Safety During Production and Consumption

As we mentioned before, the solvents used in manufacturing extracts are hazardous. They are explosive and can burn down your house if you mishandle or mismanage them.

Secondly, if not completely removed from the final product, these substances can severely negatively impact consumers. Combined, using solvents adds all sorts of additional risks that only those who have the professional expertise to do so should be taking.

Overall, you can go nuts with solventless extracts and make them with far fewer safety concerns and threats.

Better for the Environment

It should be noted that it requires intensive efforts to gather, concentrate, and sell solvents. Furthermore, you often buy them in large packages made of metals and other substances.

Each part of this process adds to the environmental burden of your extract. Some of these solvents can also be harmful when released into the air after use.

Considering how we should all try to minimize our carbon footprint, there are real advantages of solventless extraction methods.

If you love cannabis flower and want to smoke a concentrate that accurately reflects it in its natural as possible original state, you can’t go wrong with these products.

While dry sift hash is also fantastic, these modern versions have taken the game to a whole other level.

Whether you’re choosing to make them yourself or purchasing from a dispensary, solventless extracts take all the guesswork out of what exactly is in your cannabis concentrate, allowing for a worry-free, all-natural experience.

Suppose you do opt for making them at home. In that case, they also pose a safer solution for extraction than using dangerous and highly flammable and explosive substances, such as butane, best left to the professionals.

As always, stay safe and have fun!