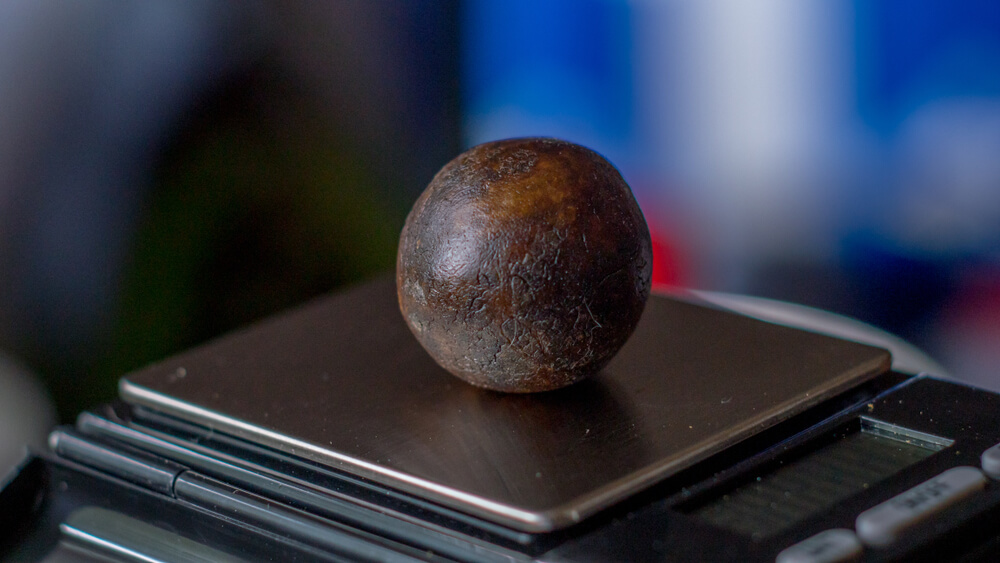 Home Concentrates What is Charas, How is it Made, and How do you Smoke...
Twitter
WhatsApp
Facebook

India is a land of many things, with its diverse culture, sprawling urban areas, and rich religious history deeply rooted – literally and figuratively – in cannabis through culturally significant items such as bhang and charas.

The region is also home to some of the very first documented cannabis plants to have existed. With the people of the area having wild cannabis naturally growing at their doorstep, the plant eventually found its way into these societies’ culture and religions.

In fact, cannabis products are widely popular in India, having been consumed freely for both recreational and medicinal purposes. Still, a select few cannabis products like charas sit in a grey area and are usually consumed by those who practice the religion associated with it.

You might be wondering what precisely “charas” is and why it was consumed for so long in Indian culture.

If you’re looking to find out more about charas, including what it is and its role in Indian history, then keep on reading. We’ll be covering the basics of charas and its history in India and why it is still consumed today.

Without any further delay, let’s jump right in.

Charas is a form of cannabis concentrate that carries heavy similarities to hashish. It is commonly found in a hand-made form in India, Pakistan, Afghanistan and Nepal.

Like hash, charas is a type of cannabis concentrate made from extracting the trichomes of the cannabis plant. Traditional charas is made from a lengthy and involved process that is typical among artisanal hashes.

It is handmade by separating and agitating the resin from live cannabis plants and rolling them into balls. Typically, charas is a deep dark green or black hue and can be purchased at government-sanctioned stands.

Charas is one of only a few legal cannabis products in India, having deep ties to religions in the area, primarily the Hindu religion. During Hindu festivals such as Holi and Shivratri, charas and another popular cannabis-infused drink, bhang, are consumed.

In fact, charas is native to India’s Himalayan region, which carries several exclusive landrace strains of cannabis and charas variants that are regularly sought after by cannabis enthusiasts and strain hunters alike.

For example, within the Parvati Valley region, an area located in India’s northern boundaries, a specific type of charas called Malana Cream is well known for its high THC content.

Traditionally, Charas is smoked with a chillum, although its consistency is malleable enough to be shaped into a suitable form to be rolled into joints and blunts.

Is Charas Legal in India?

Despite cannabis as a drug being outlawed in India, many of the people in the sub-continent still consume cannabis-related products like bhang daily.

As you’ve probably already guessed, bhang carries deep religious ties to the culture of India. It is widely consumed by the sect of Hindus who worship the god Lord Shiva and has been used for generations as an ailment for fevers, speech impediments, and nausea.

Unfortunately, charas does not have that same freedom. Thanks to pressure from the United States in the 1980s, India officially outlawed and banned charas, despite thousands of years of use before its prohibition.

However, despite the illegality, many variants of charas can be found within India and the regions surrounding it.

Although cannabis is currently illegal in India, there has been increased support for its legalization, with movements like The Great Legalisation Movement India (GLM India) and one of the first medical cannabis dispensaries having been opened up in Bangalore.

This advocacy could lead to a ripple effect of more to open in the future, and as India becomes more modernized, the possibility of weed legalization approaches a greater certainty.

How is Charas Made?

As we said before, traditional charas are made by hand and considered a variant of hashish. The extraction process used to make charas is rather lengthy and involved as it follows a similar procedure to creating many artisanal types of hash.

At this point, producers will work towards creating a sphere with the resin on their palms. This process can take anywhere between 1 hour to 3 hours, depending on the amount of cannabis being used.

Once in ball/sphere form, the charas are placed on a stick and sold or consumed. The final product should have a dark green and almost black tar-like colour and texture to it.

How To Smoke Charas

Traditionally, charas is smoked with a chillum. Simply place a ball of charas in the bowl of a chillum pipe and then ignite the ball with a flame and inhale.

Alternatively, charas is malleable enough to be made into just about any type of shape. Much like using hash oil to create twax joints, charas can also be rolled into joints and blunts alongside some ground cannabis buds if it is shaped to fit the joint.

How Does it Compare vs Other Concentrates?

The beautiful thing about cannabis concentrates is that they come in a wide range of different styles and strengths. Various people look for different qualities and consistencies in their cannabis, so picking out the very best of the bunch for everyone is simply not possible.

Instead, each type of cannabis concentrate is ideal for a specific kind of situation.

For example, someone interested in high-quality cannabis concentrate with a fully preserved terpene profile will surely enjoy some live resin.

However, for someone who is exclusively looking to get absolutely stoned to the gills with no care in the world about flavour, distillates offer a fantastic range of options with THC contents ranging from around 90% potency to near-complete purity.

Alternatively, more casual smokers who are just looking to get a good dab in without breaking the bank and getting too involved in the process may want to reach for some more commonly produced types of concentrates like shatter or butane hash oil (BHO).

If you’re looking to indulge in the authenticity and traditional significance of charas, you may be disappointed to learn that it is not available in dispensaries.

There are various reasons why dispensaries and retailers where you can buy weed online do not offer charas in stock. One of the most prominent factors is that the creation process is difficult to measure for quality assurance.

A majority of retailers simply find the hand-rolled approach too unsanitary to be safe to sell to customers.

However, all hope is not lost!

More modern hash alternatives are just the ticket for those looking to enjoy an artisanal experience. These products also pose a more potent and intensely concentrated option besides traditional charas. So, you can indulge in a stronger product that is even higher in quality.

Paving the Way for Modern Concentrates

Charas is one of the oldest types of hashish around. Whether you’re interested in trying to make charas on your own or travel to India to experience the most authentic versions of it, charas should no doubt be on your cannabis bucket list.

The cannabis concentrate itself has held such a rich history with Indian culture that it has been integrated with part of their religious practices.

However, its influence is not limited to this region of the world. The creation of charas set in motion the design and development of future cannabis concentrates on becoming more refined and potent without sacrificing authenticity.

If you ever find yourself in India, you may want to try Malana Cream, Kerala Gold, and Idukki Gold.