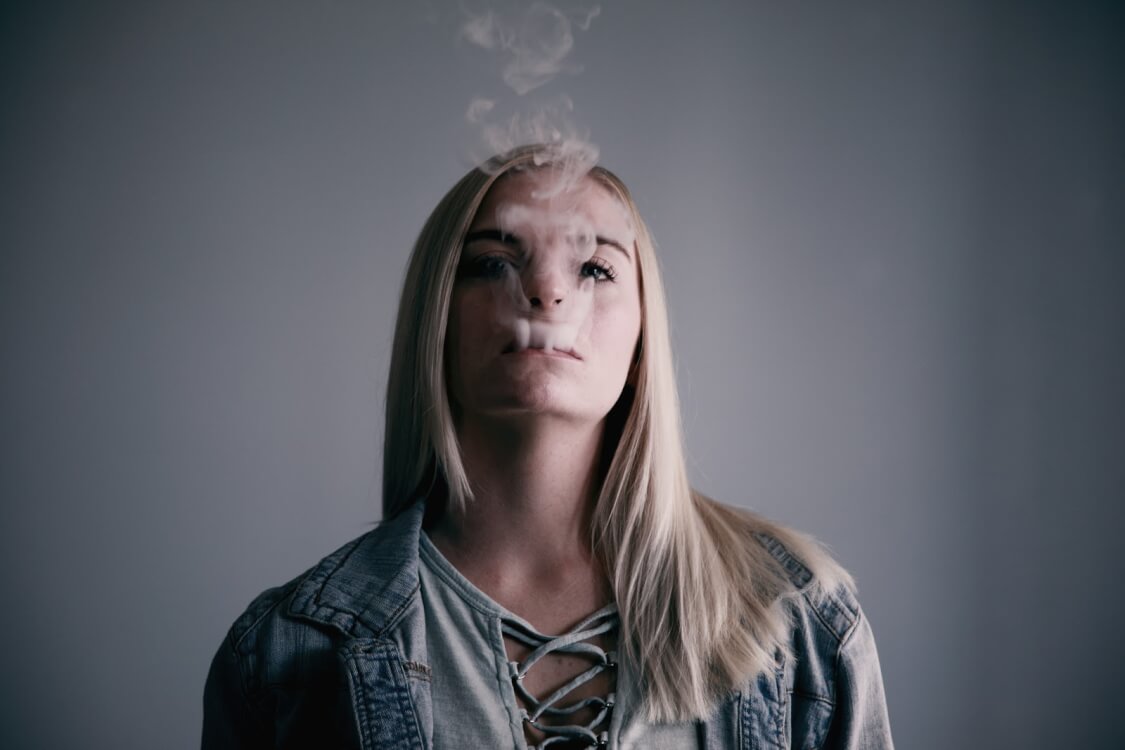 Ah, weed and asthma. Can smoking cannabis help asthma patients? That is the question.

If you’re an asthma sufferer, you’ve either never looked twice at smoking weed, or felt incredibly guilty after a few puffs.

And since asthma is characterized by chronic lung inflammation, it might seem that smoking can only complicate symptoms.

Why would anyone treat a respiratory condition by smoking? And cannabis is an anti-inflammatory agent, so do the benefits of cannabis outweigh the risks of smoking?

We have interesting news for you. The research on this topic is a mixed bag, so let’s try to sort it out.

Weed and Asthma: The Risks

There’s no doubt that smoking in any form does negatively impact your health when done over the long term. Smoking causes throat irritation due to constant tissue inflammation. Over time, this can impair lung function. Asthma sufferers certainly don’t need any further lung impairment.

But recreational marijuana use and medical use are different.

Regular marijuana smoking has been shown to increase the risk of bronchitis and chronic obstructive pulmonary disease (COPD). Yet it’s unclear whether smoking marijuana increases the risk of developing lung cancer.

Secondhand smoke, from tobacco or cannabis, can be harmful.

Kids in homes with cannabis smoke were almost twice as likely to have adverse health compared to homes without indoor smoke of any kind.

A few short-term studies have been done, but very few have studied the problem long-term. In this study, over 2500 people were followed for 13 years. Cannabis smoking was found to be a risk factor for bronchial asthma.

Because very little research has been done to date, the American Lung Association considers smoking marijuana as a health risk for people with asthma. Medicinal marijuana may help relieve asthma, but smoking is likely to make it worse.

Weed and Asthma: Are There Any Benefits?

There’s a positive side to the story as well when it comes to weed and asthma. There may be some benefits for asthma sufferers who smoke marijuana in a low to moderate fashion for medical use only.

Most medical marijuana users use cannabis to relieve pain. And the large majority (76 percent) of asthma patients do experience chest pain during an asthma attack. This feeling is best described as a sharp stabbing feeling or deep aching sensation that can last for several hours after the attack.

To date, no study has been conducted to specifically look at cannabis relief for asthma-related pain. But many studies have shown how effective THC and CBD are for pain in general.

Cannabis definitely has anti-inflammatory effects. This is good news for asthma sufferers.

Asthma is characterized by persistent low-grade inflammation of lung tissues. Even when the person is not having an attack.

This inflammation increases during an attack. As a result, cannabis is being studied as a viable alternative to other anti-inflammatory medications. The common ones include NSAIDs and steroids, both of which have detrimental side effects.

It’s believed that asthma is triggered by childhood bacterial or viral infections. Research on conventional antibiotic treatments for asthma, as well as cannabis’ potential for antibiotic effects, is emerging.

Can cannabis reduce mucus? The concept of cannabis as an expectorant is controversial and there is no research in this area. While it could be caused by irritants in the smoke or vapor, one of the active cannabinoids could be having a beneficial effect.

Cannabis might also reduce the spasms associated with an asthma attack. The high-CBD-concentrate Epidiolex was approved by the FDA as an anti-seizure medication.

So, it is not a big stretch to think that CBD formulations may have the same antispasmodic effect on the lungs. THC has also been shown to reduce muscle contractions in early animal and cell studies.

Perhaps the biggest possible benefit of cannabis is its bronchodilatory effects.

When a person has an asthma attack, the bronchioles constrict, causing the person to have limited airflow into the lungs. Several forms of cannabis have been shown to be bronchodilators.

Some doctors report that patients get the same asthma relief from cannabis that they do from their inhalers.

One reason might be that the cannabis compound THC does have the ability to dilate the lungs and respiratory passageways. And it also can suppress the characteristic coughing associated with asthma.

The other reason for patients experiencing relief is that high-CBD strains are powerful anti-inflammatory agents. Cannabis smoke does not act in the same way as tobacco smoke does. Rather than constricting the bronchial areas, cannabis dilates them to make it easier to get more air.

Inhalers contain corticosteroids which can create other health issues like anxiety, high blood pressure and other negative side effects.

In fact, in a 20-year study, people who infrequently smoked cannabis had no adverse lung function. They actually saw improvement without suffering further lung damage from the smoke.

Weed and Asthma: Can it Help this Disease?

Asthma sufferers do not have to necessarily smoke cannabis to get relief. Cannabis can be vaporized in a way that is very similar to how a nebulizer works. Learn here the advantages and benefits of vaping over smoking.

Asthma has no cure. Instead, symptoms are managed and complications are prevented. Attacks come on suddenly and can be triggered by exercise and many other daily activities.

Hopefully, we’ve answered your question, “What happens if you smoke weed with asthma?” so that you can decide what’s right for you.

Vaporizing Cannabis May Save You During an Asthma Attack. Visit our Flowers Section to Find the Best Strains to Suit Your Needs

Photos from Shutterstock and Unsplash