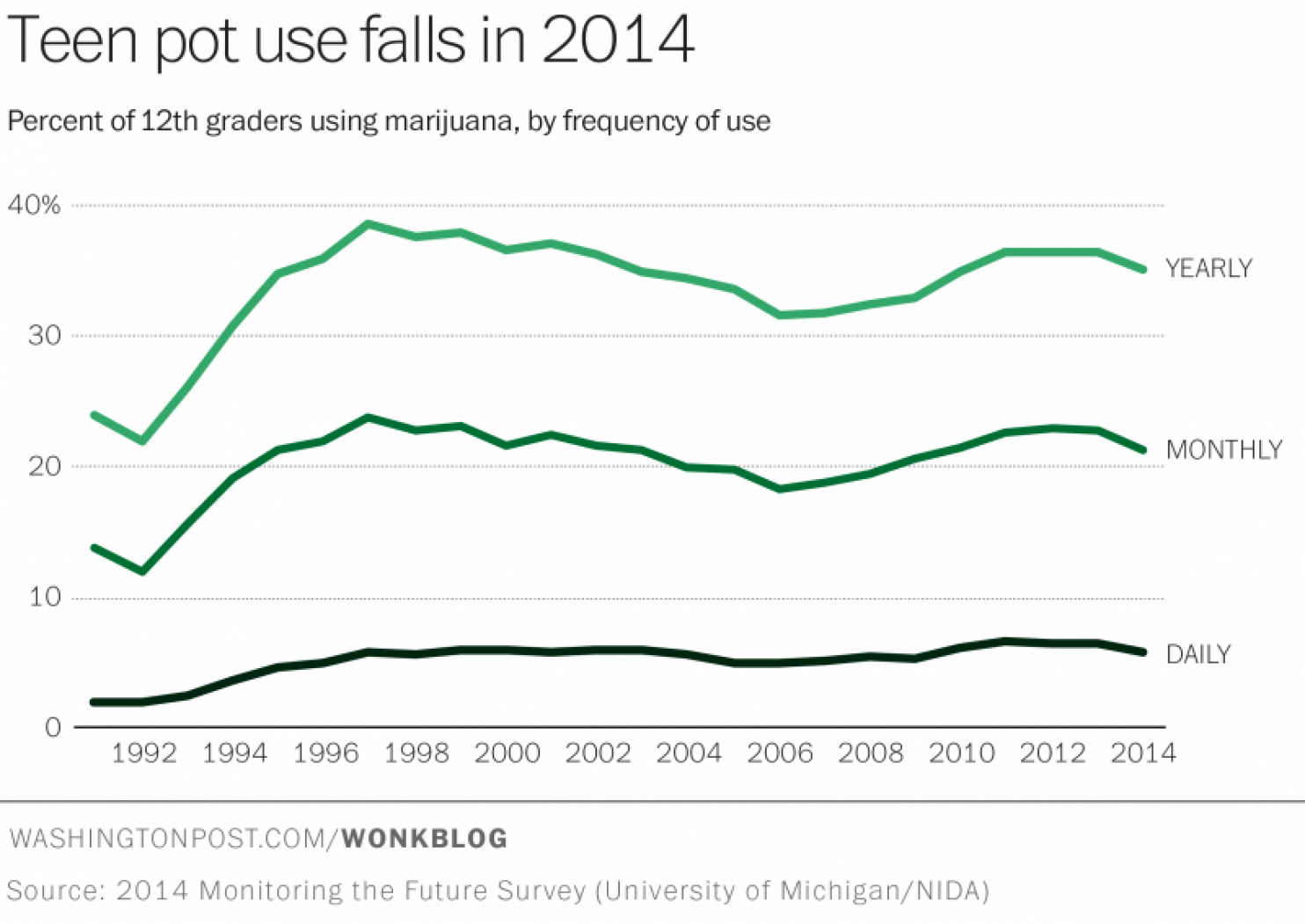 Despite Paranoia, Teen Cannabis Use is Down

Despite the paranoia being raised with certain states legalizing marijuana, teen cannabis use is down. As a matter of fact, teens using cannabis in the states is at it’s lowest rate since 1994. Although youth toking up has been on a downward trend since 2002, fears about usage going through the roof has been over exaggerated.

At the moment, 6.5% of teens from the age of 12-17 consume cannabis on a monthly basis, compared to 7.1% in 2014 when recreational cannabis came to the forefront. These numbers are even lower then the 8.2% of youths in that age group consuming cannabis more then once a month in 2002.

Adults are Getting the Message 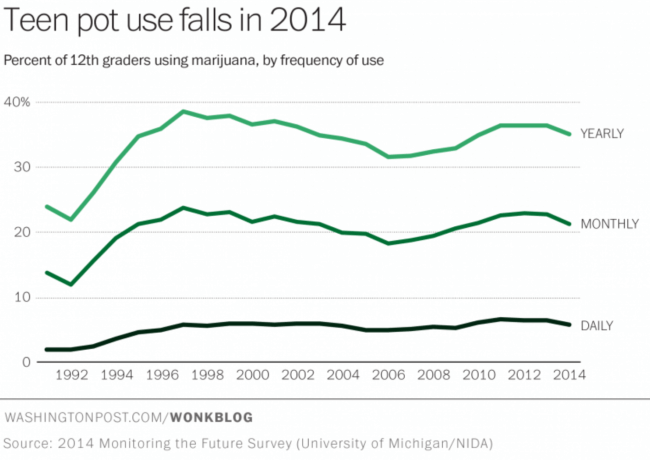 On the flip side, the same survey reported adults were having a renaissance with cannabis use. Hitting the highest number of users since 1985, close to 21% of american between the age of 18 and 25 use cannabis at least once a month, while 15% of those aged between 26 to 34 consumed cannabis monthly.

These numbers have been rising for several decades; the last national survey saw an increase from 17.3 percent to 19.1 percent among 18 to 25-years between 2002-2013, so current rates seem to be a continuation of an existing trend.

A positive side effect of the growing number of cannabis users is the declining number of alcohol abuse. A study done in 2017 concluded that medical marijuana patients that used cannabis for any type of pain saw a 42% drop in alcohol use! This isn’t a startling fact, considering a number of alcohol abuse cases stem from a need to subdue pain.
A recent Quinnipiac poll found that a majority of adults in America — 61 percent — believe that lawmakers should legalize marijuana in the United States, while a resounding 94 percent support allowing adults to legally use marijuana for medical purposes if prescribed by a doctor.

Cannabis has shown to be an extremely safe medication, and recreational substance to take the edge off. This doesn’t mean it’s safe for our kids to go and enjoy pot from an early age. Studies have shown that cannabis use at an early age can effect brain development. Even if the evidence isn’t 100% conclusive, its much better to be cautious with our children’s development.