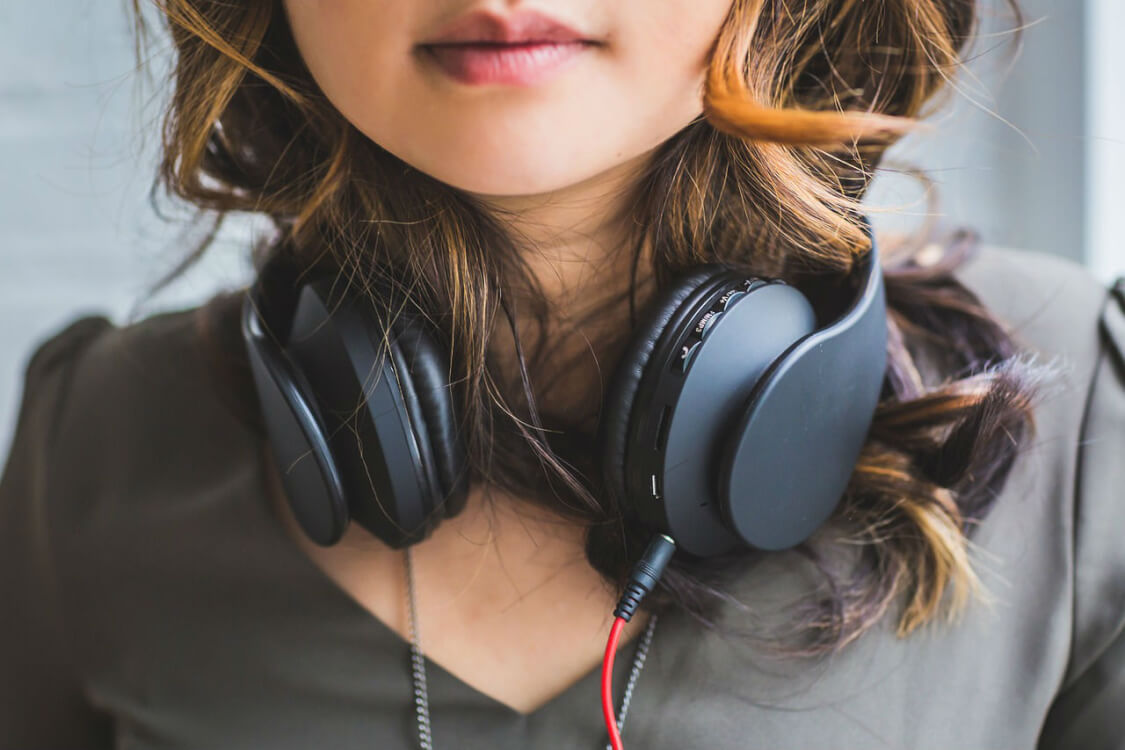 Interested in enhancing your cannabis experience without any extra effort?

Sure, eating certain foods is one way. Playing different board games and video games is another. And reading great books while high, well, that’s always soothing. However, when you’re in the midst of the cannabis experience, it’s clear they don’t provide the same sensation as listening to music, that is if you have the best high songs.

If you’re interested in all the pseudo, armchair and REAL scientific facts supporting why music sounds better when your high, this isn’t the article.

Instead, here, we breakdown the best songs to listen to while high, whether new or old, with a list that’s updated frequently.

10 Best New Chill Songs to Listen to While High

While Zedd is best known for his big room EDM tracks that can be heard at festivals year-round, he can also lay down a chill song that’s perfect to float away to.

‘Happy Now’ is exactly that, just sitting on a cloud and enjoying the moment, a perfect high song.

Who doesn’t feel like that sometimes? It’s easy to get wrapped up in life and have a million ideas and theories going on in our heads at a time. It truly can become daunting and take a toll on our mental health. We require time to ourselves to just be present and enjoy what’s happening around us.

This may have gotten a bit existential, but don’t worry, it’s just to smoothly set up how ‘Difficult to Love’ by Elderbrook is a really great song to listen to when high.

I’ll let you in on a little secret about me, this is in my top 5 favourite songs of all time. While the list is ever-changing, and who knows maybe one day it’ll fall to sixth, but for the time being Medasin stirs up a classic in ‘Daydream’.

Trust me when I say this, ‘Daydream’ is one of the best songs to listen to while high or completely sober, either way, works!

Selecting only 1 of Odesza’s songs is kind’ve a criminal act, nevertheless, it has to be done. While ‘Sun Models’ is absolutely what the doctor ordered, any time, any place, I suggest that you check out more of their work as it’s formulated to ease you into bliss — a perfect, high, high song indeed.

While Seinabo gets plenty of credit for this laidback groove, ‘Younger’ gets the remix it deserves by Kygo. And if there’s one thing that I know about Kygo, is that his music is basically made to smoke weed and enjoy the sunshine.

Sure, it’s not always sunny outside, but whether it is or not, your disposition will be with ‘Younger’ playing in the background. It’s a weed smoker song that’s guaranteed to make you feel younger.

If you’re starting to catch a vibe from the songs on this list, you’re not in the wrong. It may be the sun, it may be the fact that tropical house is always a great choice when rolling a joint, but regardless, one thing’s for certain, ‘Jubel’ is a requirement in everybody’s life best high songs playlist.

Klingande has a reputation for creating an atmosphere that resembles laying in a hammock somewhere the sun doesn’t set. I for one know that my bose speakers will be enjoying this vibe for a long, long time to come.

“Can you feel the sunshine? (you make it brighter, brighter)

When that sun comes shining on me”

If you’ve ever wanted the perfect song to wake and bake to, I’ve got it right here for you. ‘Brighter’ is an optimal way to start, bridge and end, and whatever may be in-between your day.

If you felt an ephemeral breeze blowing, with the shade of palms trees every so slightly from the previous songs, ‘Indian Summer’ is the closing act. It’s Basically a sunset bottled up and packaged for the masses.

If you’ve ever heard of Mura Masa before, then you know his style is perfect for a playlist full of songs to listen to while high. Just like many others, it’s hard to pick only 1 song, but ‘Firefly’ stand on top this time around.

While this list could go on for days (literally), we have to wrap it up at some point, and the next song is the closest thing to resting your head on a pillow….that is, only to realize it’s a cloud.

You’ve made it this far, so that can only mean this list has struck a chord. To finish off the first half, I wanted to leave y’all with a song to wind it all down. This high song is part of a perfect setting to finish off a long day and close your eyes to.

‘Dream’ by Autograf is wrapped is exactly as the name states, a light dream that slowly sets in and relaxes you from head to toe.

10 Classic Best Songs to Listen to While High

No need to worry, this list isn’t about classical Mozart and Bach – the classical, classical type of music – which isn’t bad, because I love some classical when the mood is right!

Instead, this section’s about the good vibes and grooves that have been overlooked, and that were lost in transit due to the endless amount of music being released these days. Just a few diamonds in the rough, you could say.

I could’ve used numerous songs to get the party started, but this high song starts this section just right. The Zombies hold a special place in my heart, and after listening to ‘Summertime’, I’m sure they will for you too.

There’s not much to say about Steely Dan’s band that hasn’t been said already. If you know anyone above the age of 40 that likes to smoke ganja, they’ve probably got a few fond memories that include Dan himself.

‘Do it Again’ has borderline psychedelic vibes at times, and is perfect for almost any occasion, whether you’re high or not.

3. Doobie Brothers – Listen to the Music

‘Listen to the Music’, sounds simple, doesn’t it? I mean, what else are you supposed to do with music? But the question is, how often do you really LISTEN to the music, from the melody, voices, instruments and all of the little sounds that go into producing a song?

How often do you really want to listen to a song, only to realize halfway through, that most of the song zoomed by and you don’t remember hearing a darn thing. ‘Listen to the Music’ is a perfect reminder to just, simply, be present, whether it’s listening to music, reading a book, talking to a friend or simply walking down the street.

“Thunder only happens when it’s raining

Players only love you when they’re playing

These lyrics by Fleetwood Mac maybe some of the most famous of all time. There’s just something special about Stevie Nicks’ voice that can’t be measured. She won’t blow you out of the water with her high pitches, or drawn-out vocals, but her soothing tone is definitely of the magical variety, making for a perfect song to listen to while high.

‘Dreams’ is a classic by any metric that can be left on repeat while you roll and smoke a joint.

There aren’t many problems in the world that can’t be solved with a doobie and some light and refreshing music. Of course, there will always be issues, but letting go of the stress that’s been a hindrance can make all the difference.

When your neighbour won’t trim their hedges, when you get cut off while driving home from work, or when Janet from accounting tells the same ‘ol story about how she’s left out the casserole on the counter, it’s time to throw on the perfect high song  ‘Summer Breeze’.

It’s easy to make comparisons in life, in regards to almost anything; a food that reminds you of a location, a smell that brings you back to a certain childhood memory — and for me, ‘A Horse with No Name’ reminds of the Alchemist by Paulo Coelho.

7. Van Morrison – Into the Mystic

A) Have never heard of Van Morrison…and B) Why this song’s so short!

If you listed the many things that bring a smile to one’s face, a harmonica wouldn’t be on that list. Sure, ‘Heart of Gold’ isn’t a video with cute animals, or a baby doing silly things, but when Neil Young is playing it, you can’t help but smile, thus making it a great song to listen to while high.

“Some people call me the space cowboy, yeah

Some call me the gangster of love”

I wish I could say the same, but unfortunately, this isn’t the case.

I get my lovin’ on the run

If you’re interested in finding, perhaps, the chillest group of people of ALL TIME, then look no further than “Deadheads”. In brief, they travelled around the states following the Grateful Dead, a prominent alternative and psychedelic band. The Grateful Dead’s influence in popular culture can be felt around the world, as can their laid back tunes, making for the perfect music to listen to while high.

Music is a never-ending journey that fills our souls with an energy that has no rival. Its ability to make us move, to fill a room and change the entire mood of a stadium is astounding.

But when you couple it with cannabis, and with the best music to listen to when high, it’s taken to a very profound level.

And sharing is caring!

All photos taken from Unsplash