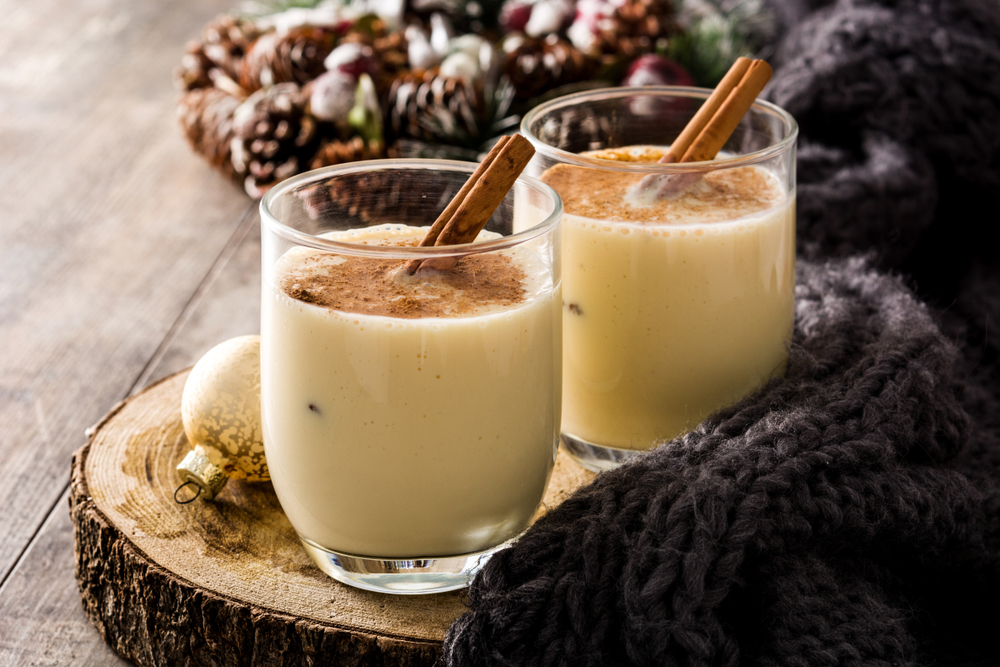 The weather’s getting colder, and with ho-ho-ho season descending upon us, it doesn’t make sense for us to leave the comfort of our cozy homes to go for a toke-toke-toke. What’s the best option to get medicated when it’s starting to get colder? A warm mug of infused eggnog, of course!

A Brief History of Eggnog

Eggnog has long been a holiday-season staple. Going as far back as the early 13th century, it’s believed that medieval monks in Britain began the tradition.

According to some theories, these medieval monks drank “posset,” a warm mixture of punch, eggs. Slowly, milk, wine and fruit juices were added by the peasantry and nobility alike as the drink’s popularity grew.

400 years later in the 17th century, sherry became the chief ingredient used in eggnog for its believed health benefits. Since eggs, milk and sherry were rare ingredients in Europe at the time, this version of eggnog was popular among the nobility as a status symbol!

When Britain began colonizing the “New World,” the American colonists took the British version of eggnog and made it entirely their own. The American colonists added rum from the Caribbean which was cheaper than brandy, sherry and other alcohol shipped from Britain, and added it into their ‘nog. Eggs and milk were also widely more available in the colonies, so the Americans had no problem incorporating those ingredients into the holiday drink!

Already a popular drink, eggnog was propelled to higher heights by none other than George Washington, who created his own recipe and invited his Christmas dinner guests to try. Once it was in the White House, nothing could halt its popularity!

Eggnog is a fun, festive drink to enjoy during the holiday season and is believed by many to have healing properties. What better way to elevate further than by incorporating cannabis into the mix? Infused eggnog is one of those recipes that just make sense.

Why infused egg nog? Why not?

Surprise your (consenting) adult Christmas party guests with something new and unique or enjoy it on your own while waiting for ol’ Saint Nick to jump down from the chimney. Whatever your reason is, you can be sure that this infused eggnog recipe is something you’ll enjoy!

How to Make Infused Eggnog

For our special infused eggnog, we’ve prepared two versions; an uncooked and cooked version. We understand that not everybody prefers eating raw eggs! Here’s how to make cooked and uncooked infused eggnog.