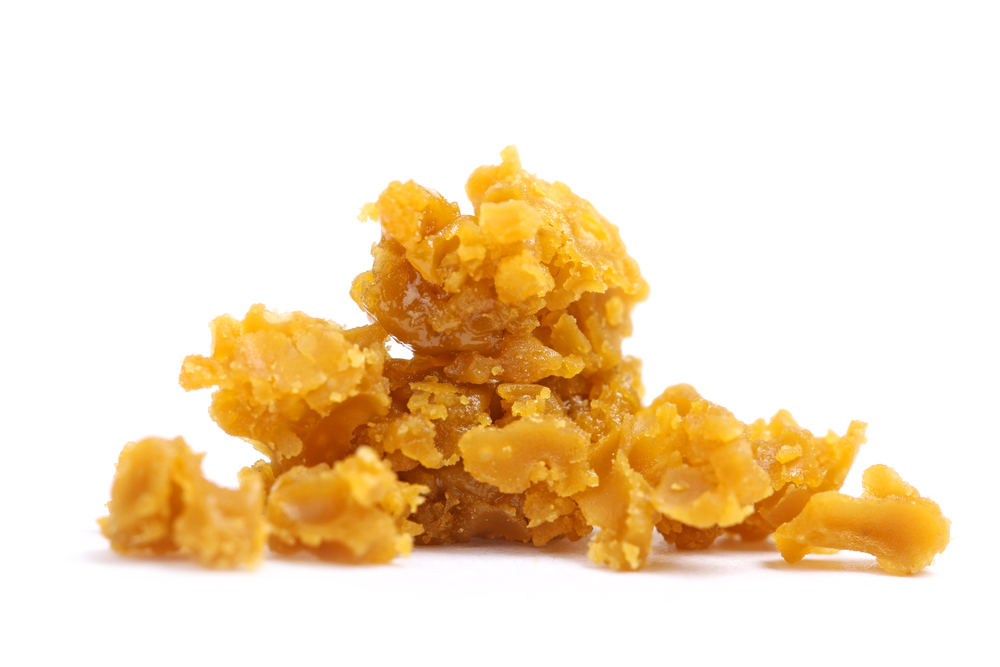 How to smoke wax becomes a secondary detail if we don’t know first what wax actually is!

If you’re a long-time cannabis user, then you probably know what a cannabis concentrate is. In short, concentrates are substances extracted from a raw cannabis plant that can be consumed in different ways.

When you talk about oils, waxes, and shatter, you’re talking about cannabis concentrates.

They all behave in different ways, come with different cannabinoids, and chemical compositions.

Oh, and believe me, they all have wonderful effects on the body. Even though we won’t talk about all of them here, it’s important to note that they all have similar uses.

That said, we will learn specifically about wax concentrates, what it is, ways to smoke it, and we’ll go through a step-by-step process of how to use the main accessories you may use for smoking wax. So, let’s get to the subject matter right away.

By now you probably have a basic idea of what cannabis wax is; a concentrate. Easy, right? But what makes it different from others and how it is made, is what really answers the enigma of what wax is.

There are tons of different extraction processes companies use to make cannabis concentrates. Briefly and without going into too much detail, it goes a little bit like this:

First cannabis is farmed, once the plant is mature enough, growers will pick the strains. These strains will consequently go into a drying and curing process. It may become a complicated process to hit the right specs needed for the final product, but in essence, drying and curing is a simple process.

The picked strains are usually sun dried and other “secret salsa” sort of activities happen that turn raw cannabis into smoke-ready cannabis.

This process helps mainly with enhancing the scent of terpenes in the plant and adjusting their chemical structure to help enhance the effects of cannabis on the body.

Once buds are dried and curated, they can either be smoked right away or put through a process called “decarboxylation.”

There’s a lot more to decarboxylation, but that’s pretty much all we need to know to understand how it’s relevant to wax.

After the decarboxylation takes place, or even in parallel to decarboxylation, cannabis flowers are squeezed or put into a combined solvent. Over time, solvents extract the essential oils from cannabis.

If going with a pressing method, as the decarboxylated cannabis is pressed, the liquid we know as cannabis concentrate oozes out of the plant.

Independent to which of the methods you’re using, this gooey looking stuff is then collected and packaged. This is the basic process of how concentrates are created, regardless of whether they are oils, shatter, or wax.

But what exactly makes concentrates become wax instead of oil or shatter?

Wax vs. Other Concentrates

Honey oil is liquid and runny, like any oil you’ve ever seen. It usually comes in a glass or plastic bottle with a dropper cap on it. While shatter is a type of concentrate that solidifies quickly and takes on the appearance of golden amber-coloured glass.

Wax, on the other hand, is an extract that gets its name from its almost grainy appearance.

Some waxes can also look gooey and thick like honey, others can solidify pretty quickly and end up looking similar to shatter. But most waxes are somewhere in between the watery consistency of oil and the solid density of shatter.

The overall final appearance of wax will depend greatly on the following variables: the extraction technique used, and the moisture and temperature the material is exposed to during major processes like drying, decarboxylation, and extraction.

When the extraction process is finished, wax can be whipped into smooth, almost cream-like consistencies that go by different names like budder, badder, frosting, icing, and many more.

By further processing the wax after the extraction you might end up with a drier, crumbier texture that goes by the name of crumble or honeycomb.

To learn more about various extractions check out these two guides: “The BHO and Concentrate Guide for Beginners” and “Most Popular Methods of Cannabis Extraction.”

How to Smoke Wax

There are a few different ways to smoke wax. Like with everything cannabis related, there are conventional and unconventional ways of smoking wax.

We’ll look at the conventional way to smoke wax first, and then we’ll look at the MacGyver-like methods we all need to know for when we’re fresh out readily available tools and equipment.

The most prevalent and popular tool for smoking wax is a bong-looking water pipe, commonly referred to as a dab rig.

The difference between the rig and a bong is that bong’s are used for raw flower, while rigs don’t have a bowl for flower.

Dab rigs utilize a nail that’s heated up to white-hot temperatures using a torch before it’s used to literally vaporize the concentrate into vapor. Once vaporized, the concentrate can be inhaled through the mouthpiece of the dab rig into the lungs.

Dabs are incredibly potent and for beginners, harsh on the throat. If you’re dabbing for the first time, it’s advised that you take it low and slow and to not bite off more than you can chew.

A dab straw is a portable and efficient tool built for those times when you’re away from home without a rig. It’s an almost pen-sized accessory built with heat resistant material.

The main differences are that, unlike a dab rig, the dab straw does not use water and its meant to be picked up while you’re using it.

The way it works is you spread the wax on a horizontal, heat-resistant surface or on a nail pick.

You will then use the butane torch to heat one end of the collector. Once the nail end is white hot, you can inhale from the opposite end and drag the hot end across the wax.

The material should instantly evaporate and enter your lungs as you inhale. Make sure the surface used is heat resistant, like a tray or dish so none of your furniture burns!

Vaping has become such a commonality that it feels slightly condescending to explain this one, but lets give it a whirl.

If you’re a fan of the classics, this one will fit you like a ring. Twaxing or twaxxing, depending, refers to rolling up a joint or a blunt and sealing it with wax, or perhaps just dipping it in concentrate.

The reality is that people have gotten really creative with this one, but in general, just adding wax to your raw cannabis flower in any shape or form can be considered twaxxing.

If you want to take your joints and bowls to the next level, check out our full guide on twax joints!

This is perhaps the most elementary dabbing method available, a step-up from a plastic bottle bong. Unlike bongs, dab rigs cannot be emulated with plastic because of the extremely high temperatures required for use.

With knife dabs you will heat up the metal end of a knife on the stove or a blow torch if you have one, but if you do then you probably also have a dab rig so let’s assume you don’t.

Once the knife is red hot you will take a dab of wax with a second unheated knife and you will touch the wax with the hot knife to vaporize it.

With a plastic bottle cut in half and placed in your mouth, you will hover the wider (cut) end of it over the knives and be able to inhale the vapor without a rig.

Knife dabs tend to dangerous and not as efficient as the other forms of smoking wax that we’ve mentioned above so unless you’re in a pinch, we advise against it.

Final Thoughts on How to Smoke Wax

Wax, like oil and shatter, is just a form of cannabis concentrate. The only difference between these three is the extraction and processing methods used to produce each one. Each method provides the end concentrate product with different consistencies and qualities.

Once the concentrate is produced, specific consumption methods are better applied to each type, depending on its physical and chemical properties.

Solid and brittle concentrates like shatter are better for hot nails and dab rigs. Runny and liquid oils are easier to consume using a vape pen. It’s crucial to match each concentrate correctly with each method described above.

Now that you know how to smoke wax, we hope you’ll take the first steps towards trying this cannabis concentrate out for yourself!