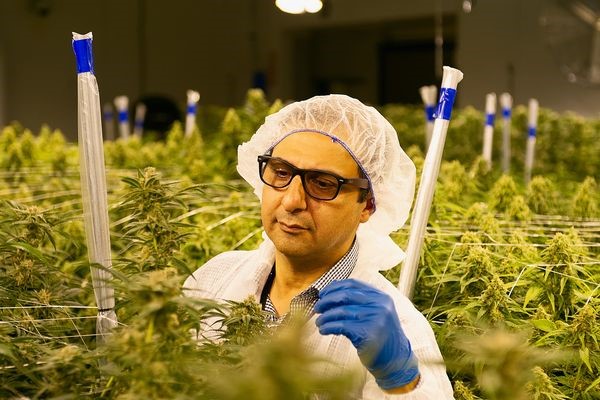 Health Canada is moving for the first time ever to revoke a Canadian cannabis producer’s licences to grow and sell marijuana, citing unspecified “unauthorized activities,” barely one month after the legalization of recreational cannabis took effect.

Mr. Jordan, who was not available for an interview, said in a statement the company was “fully committed to remedying this situation with Health Canada, and ensuring that Ascent operates at the highest level of the industry’s best practices.”

The company has only a matter of days to persuade Health Canada to back down, otherwise it will become the first legal cannabis producer in Canadian history to have its licences revoked.

While Ascent is able to maintain its U.S. operations in Oregon and Nevada, the licensing issues facing its Canadian division have weighed heavily on shareholders. Since launching on the Canadian Securities Exchange under the ticker ASNT in August, the stock has fallen from a peak of 85 cents a share in September to 18 cents, after a decline of nearly 65 per cent on Wednesday.

Ascent, which acknowledges in its own investor materials that any failure to comply with the requirements of its Agrima licence “will have a material adverse impact on Ascent’s business, financial condition and operating results,” is fighting to stay in business in Canada. The company says it has 89 employees in British Columbia and intends to exercise its right to be heard under the Cannabis Act in hopes of maintaining its licences.

The company announced a sizable five-year supply deal – for a minimum of 12,000 kilograms a year – with Aurora Cannabis Inc. in June. Aurora did not respond to a request for comment about the state of the deal.

Yet, with no precedent to follow, Ottawa lawyer Trina Fraser warns it is unclear what form that appeal process could take or how long it might last.

“It doesn’t specify in the [Cannabis] Act whether that opportunity to be heard must be in writing or some type of actual hearing process,” said Ms. Fraser, a partner at Brazeau Seller Law who heads the firm’s CannaLaw Group. “[In] every other kind of mechanism under the ACMPR [Access to Cannabis for Medical Purposes Regulations], it was always done in writing, it was essentially written arguments that we would make to the Minister until the point where you had a final decision.”

Health Canada notified Ascent on Nov. 16 that it intended to revoke its licence and a spokesperson said the company had 10 days from that date to provide the federal agency with “reasons why a licence revocation would be unfounded.”

“Health Canada is taking this action because, among other reasons, the company has failed to demonstrate that the suspension was unfounded and that the failure that gave rise to the suspension was rectified,” spokesman André Gagnon said in a written response to e-mailed questions. “Following this 10-day period, Health Canada will take into consideration any information Agrima Botanicals may provide before rendering a final decision on the revocation of its licences.”

Neither Health Canada nor the company would comment on the nature of the infraction that led to the original suspension. While some production licences have been suspended in the past, Mr. Gagnon confirmed no licensed cannabis producer in Canada – be it under the previous ACMPR regime or under the current Cannabis Regulations – has ever had its licence revoked.

Vape pens, which contain concentrated cannabis oils that are not yet legal in Canada, are among Ascent’s four main product categories, then-COO Mr. Parr said in an August interview with Proactive Investors. Their “TOKO” brand of vape pens are legally available in Oregon and Nevada, but they have also made their way onto some store shelves in Canada.

“We had [TOKO pens] until a couple of months ago,” an employee who answered the phone at Farm Dispensary near Vancouver’s West End explained, “but they had to stop selling into this market when they became a licensed producer.”

Asked whether the suspension was related to the company’s TOKO products, Ascent declined to comment. In its release announcing the executive resignations, however, Ascent did note Health Canada’s review was focused on the period when the company was privately held and operating in the medicinal market.

If Health Canada does formally revoke Ascent’s licences, which could happen as soon as Nov. 26, Ms. Fraser said the company would have 30 days to file a notice of application for judicial review. Only then, she said, would it become clear how exactly Ascent allegedly broke the rules to such a degree that Health Canada would serve them with a notice of rejection for their licences.

“The notice of rejection and the basis for that rejection will form part of the court record so it will be publicly available then,” Ms. Fraser said. “And then we will finally know both sides of the story, but who knows where the truth lies?”

– Forwarded from The Globe and Mail