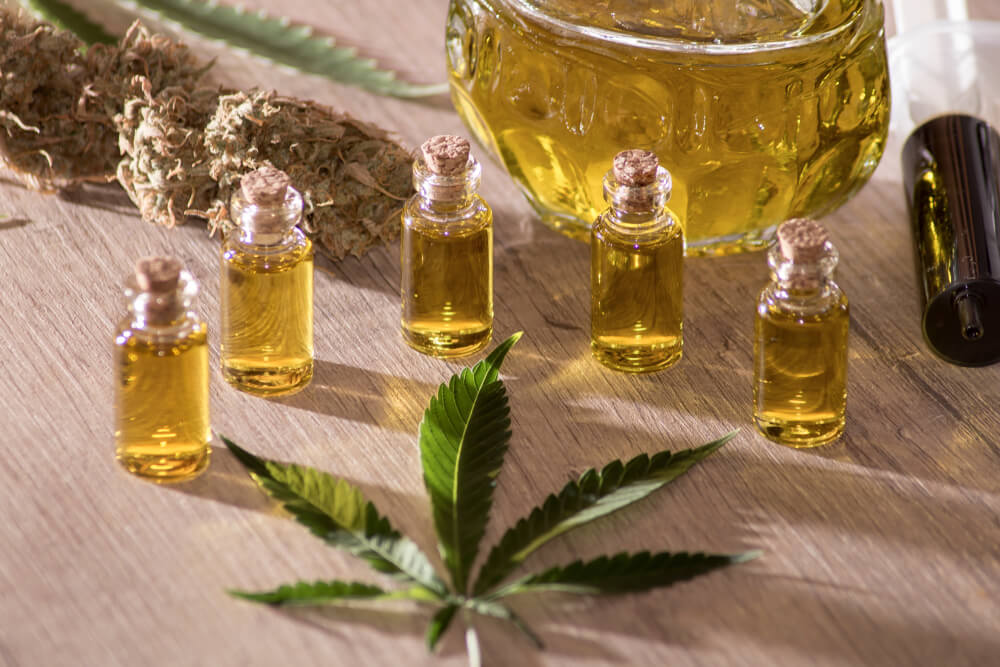 Decarbing your weed is an essential part of your pre-smoking ritual as it removes the toxins and makes your smoking experience safer, healthier, and more enjoyable. If you have read anything about the benefits of decarbing weed, you will know that it removes the dangerous chemicals known as carboxylic acids and converts them into smaller alkanes and oils.

The process is also known as decarboxylation, which means removing a carbon from an acidic molecule. The carboxylic acids in your bud and converting it to another compound. This article explains everything you need to know about decarbing weed. Why and how to do it at home safely.

Don’t let the long word throw you off, the concept is rather simple. Basically, weed has to be “activated” before it can be absorbed by our bodies.

We’ll demystify the science so that any stoner that fully grasps the concept behind “activating” weed . And you can do it all without having to remember anything from high school chemistry or biology class.

The cannabis plant and flower only contain trace amounts of actual delta-9-THC. Even after drying and curing the buds, there is nearly none. THC is actually a product of degradation of another compound. It is the naturally occurring result of the aging process in the resin-filled trichomes.

Raw cannabis plant material contains an acidic version of the compound, called tetrahydrocannabinolic acid, known as THCA (also THC-a or THCA-A, just to confuse people). This molecule slowly degrades into THC over a period of time.

For those looking to get technical, we are using heat to remove the carboxyl group (the acids part) from THCA when we decarboxylate cannabis. Removing this carboxyl group is what helps plant cannabinoids become functional at our cannabinoid receptors. This is what people mean when they say that decarboxylation increases the bioavailability of THCA.

Some patients do seek out THCA for its health effects and lack of psychoactivity. This allows patients to take much larger doses without the impairment of THC. In fact, individuals with neurodegenerative diseases like Huntington’s Disease may benefit from the neuroprotective and anti-inflammatory effects of THCA. For the rest of us looking to get high, we want as much of the THCA to convert as possible. This goes with smoking, vaporizing, infusing, or eating weed.

How Does Decarboxylation Occur?

Decarbing your weed means you heat the bud to a certain temperature for a certain amount of time. This causes a chemical transformation that makes the THC and CBD more bioavailable for your body to absorb. Decarbing also burns off the excess plant matter that can burn your lungs when you smoke it.

The cannabis plant contains THCA, which will not get you high, and that THCA needs to be converted into THC in order for you to get high. Decarbing weed is essential if you want to enjoy all the potential benefits of marijuana. When you decarb weed, it allows THC to be released and absorbed into your body easier. If you do not decarb your weed, then you are missing out on many of the health benefits of cannabis.

Decarboxylation – Why Does it Matter?

Unlike the slowly occurring natural process, we can speed it up when we perform decarboxylation.  This is where we get to decarboxylation. This is likely the most crucial step in consuming weed.

Why, you ask? This is because THCA has no psychoactive effects. It does have some potential health benefits, yes, but none of the fun baked effects. That is why the substance we want to inhale or ingest is THC and not THCA. You’ve likely done this process a bunch of times. All it takes is a lighter.

Now, when we are smoking cannabis flower in a joint, we use combustion to rapidly convert THCA to THC and then inhale it. With a vaporizer, we are doing the same, while also aerosolizing the THC without burning the plant matter. But, what about when we’re making edibles?

When making edibles, we often want to get high. And so, we must decarboxylate cannabis before eating it or using it in our cooking.This can be done in the cooking process, but that is far less efficient. Instead, what we do is a round of cannabis decarboxylation before mixing it into our meal.

How to Induce Decarboxylation

Broadly speaking, this requires taking some cannabis flowers and grind it up. Secondly, spread it out on a piece of parchment paper on a baking sheet. Thirdly,  put it in your oven at the right temperature and timeframe to attain decarboxylation without wasting any valuable cannabis compounds. For those wondering, the temperature can be 225 degrees Fahrenheit and the time would be 45 minutes.

Depending on the process used, you may or may not use this oven method before infusing some oils or tinctures. These methods use a carrier oil, like coconut oil or olive oil, to pull out the THC into the liquid substance. You want to make sure that at some point you create decarbed cannabis oil that is bioactive. Hash oil is made with decarboxylated herb.

You can also decarb kief or trim. Be extra careful when decarbing kief, as it is too valuable to waste any cannabinoids. Ensure you use the right temperatures and optimal period of time for the type of cannabis you are putting through decarboxylation. You can also decarb fresh (or green) cannabis flowers, although this is not a luxury many of us get to enjoy.

We have focused on THC in this article, but the exact same situation occurs with cannabidiol (CBD), cannabigerol (CBG), and all the other cannabinoids. In the plant, you’ll find CBDA, which is converted to CBD during decarboxylation. The same problems also occur during natural aging, as the plant matter degrade further and once again becomes less valuable to us. Ensuring you get the right CBD dose is especially important for those using CBD to help with a medical condition like epilepsy.

So, if you’re smoking a high-CBD strain, it actually contains CBDA up until the point of combustion or vaping. And if you want to make edibles with it, you need to decarboxylate it first. That said, if you have some already-vaped-bud (AVB) laying around, you can use that as it is, since it has already undergone decarboxylation when you vaporized it. That said, CBDA also has some benefits that may lead to increased use over time.

You may have seen a decarboxylation temperature chart online previously. These charts are critical when you’re decarboxylating your bud. Depending on the specific marijuana properties (factors like moisture content) and the concentrates you would like to create, you may need to adjust the finer details.

You made it to the end, which means you now understand that decarboxylation is a simple chemical reaction. One that produces an incredibly amazing effect, helping us all get high. We owe the wonders of the effects of weed to decarboxylation. You don’t need to understand any science to appreciate that fact!

You now know enough about decarboxylation to understand why it’s so important. Plus, you learned a bunch of fun facts to impress your friends during your next social smoking session. Now that’s a win-win!