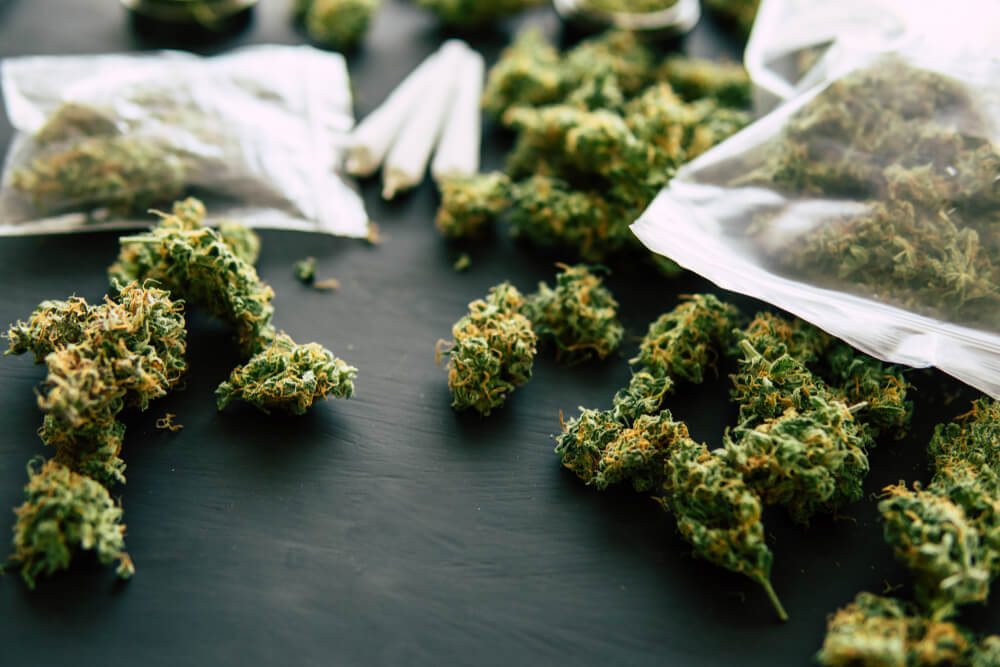 When it comes to getting the best cannabis experience, it’s safe to say that you’ll want to get your hands on some dank weed to give you something to talk about.

As common as the term “dank” is in cannabis and even meme culture, it has several different meanings depending on the context behind it. A quick trip to the Urban Dictionary will easily tell you that dank can either mean “High quality,” or “cool,” and “unpleasantly nasty, moist, or wet.” Since there is such a wide range of meanings associated with the word dank, what does it mean for cannabis?

In the world of cannabis, dank is ubiquitously used to describe the very best of marijuana strains. The creme of the crop in other words. Ultimately, dank weed sets the standard for modern cannabis, giving its users not just a good cannabis experience, but a great one.

So what constitutes as dank weed and how do you get your hands on some? Don’t worry, we’ve got everything covered here, just keep on reading to find out!

What Strains Have Dank Weed?

To keep it simple, there aren’t any particular strains of cannabis that are always classified as dank, but rather the term dank is applied to the very best of harvests. Much like how there can be very good Indica and Sativa strains that produce very different effects, dank weed comes in all shapes in sizes, be it indica, sativa, or the several hybrids out there.

The Qualities of Dank Weed

Some of the qualities that separate some dank weed from the rest only become apparent after you’ve consumed it. A tried and true method of knowing you’ve got some dank weed is found in the high it produces. Dank weed can elevate you to a level of euphoria that is unprecedented.

The experience will have you feeling good for hours, with its euphoric effects lighting you up and flowing through your body like electricity to a power grid.

When you’ve got dry weed, you can tell almost instantly. But what’s worse is that you can especially feel the dryness when you smoke it. Dry weed will make you more susceptible to coughing and irritation in the lungs.

Truly dank cannabis that has been cultivated with high standards will alleviate the discomfort and instead provide a smoking experience that is smooth as butter.

A Large Amount of Trichomes

A key indicator of high-quality bud is in the number of trichomes it possesses. Trichomes are the resinous bulbous glands at the tips of the hairlike structures found throughout the surface of all types of bud. They take on the appearance of tiny translucent bulbs on the surface of the cannabis plant.

Trichomes are also an abundant source of the many of the cannabinoids found in marijuana. A bud with a large amount of trichomes will have a higher concentration of THC and its derivatives than a bud with a lesser amount.

A high-quality harvest of dank weed will undoubtedly carry a handsome amount of trichomes coating the surface like the sugar on a Sour Patch Kid. When it comes to dank weed, the more trichomes the better.

A heavy coating of trichomes also means that the weed will be sticky to the touch. The stickier the weed, the danker the weed.

Weed that’s fresh usually also has all of the typical qualities associated with it. Aside from having a large amount of trichomes on the surface of the bud, dank weed is also rich in the plant colors associated with vitality.

That means the richer the color of green, or in some cases, purple, the higher the chance that the bud you’re looking is of high-quality. Additionally, you say some weed with additional orange or brown veins throughout.

Purple Strains Are Known to be Especially Dank – Check Out Some Purple Weed Strains at Incredible Prices in Our Online Shop!

Good weed that’s straight from the source is known to have a strikingly pleasant smell. If you haven’t already gotten the chance to smell fresh cannabis, it’s not quite on the same plane as burnt cannabis.

When you smell the aroma of fresh dank weed, your olfactory senses get enveloped with notes of citrus, woods, and even earthy notes, all overtop a solid foundation composed of nice floral tones.

While words may not do it justice, the smell of dank weed needs no explanation. You’ll know it when it’s there.

Accompanying the vibrant aroma of fresh cannabis, you can also expect to experience a full range of flavors from the terpenes present in the bud. Fresh dank weed not only smells better than its inferior counterparts, but it also tastes better too. Depending on the particular strain you have, you may experience anything from citrus to tropical or earthy undertones.

Where to Get Dank Weed

Dank marijuana can be found in many places in North America where marijuana is largely legalized for recreational use. Many dispensaries pride themselves in cultivating a large selection of dank weed, meaning that you can go to any reputable or trusted dispensary to satisfy your cannabis needs.

When it comes to enjoying some dank cannabis, freshness is everything. Generally speaking, dank marijuana is fresh marijuana that’s been carefully grown and harvested under great attention to detail and care.

As always, we recommend purchasing your marijuana from a reputable and trusted dispensary. In short, when it comes to determining what separates dank marijuana from your average run of the mill bud, you can usually rely on visual cues to give you the information you need as dank marijuana usually caries the same visual qualities as a healthy plant.