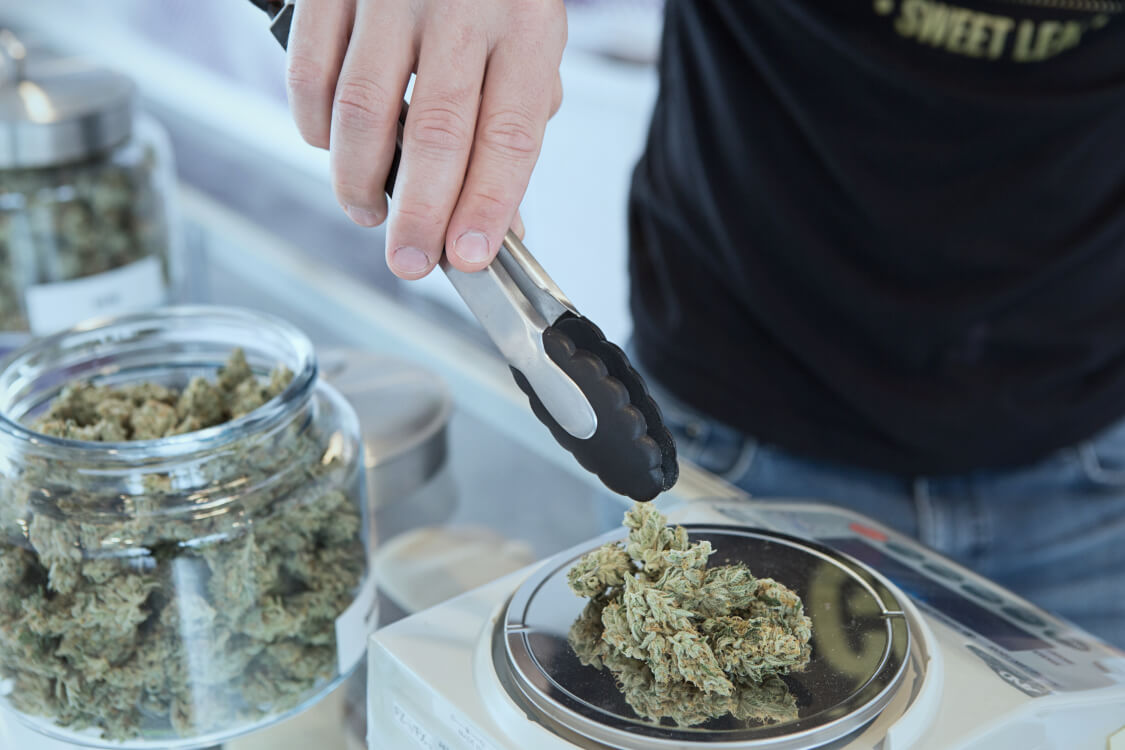 Home News Is BudgetBuds.net a Black Market Dispensary? Myths of Black, Grey and Legal...
Twitter
WhatsApp
Facebook
Cannabis legalization is in full throttle, but it’s a lot more murky than expected.
Laws allows each region to govern their own ‘cannabis economy’, making retail sales legal in many jurisdictions. But others have outright banned retail sales, leaving many to resort to government online sources to take part in the legal side of things.
Adding to the confusion, these retail outlets can’t sell certain products, and the products they can sell must be within a certain potency.
As a result, there are black, grey and white (legal) market sources to buy cannabis. Both of the online and physical store-front variety.
BudgetBuds and their partners Buddaliscious, CascaCannabis and BulkBuds are some online sources. All three fit into the category of Canadian MOM (Mail-order-marijuana) companies.
Yet, when you buy cannabis from BudgetBuds and its partners, what market are you taking part in?
Are you partaking in the black market? What about the grey market? Could it be the white legal market? Perhaps, it’s a mixture of all three?
On that note — what the heck are the differences between each?
In this article, we’ll breakdown what exact market you’re taking part in when you buy cannabis from Budgetbuds and their partners. And we’ll do that by answering all your black, grey and white market questions along the way.
Thus, you’ll make a more informed choice of what market or dispensary you want to partake in! BudgetBuds or not.

Myths of the Black, Grey and Legal Markets Dispelled

Before diving into BudgetBuds in more detail, let’s breakdown the differences between the black, grey and white markets.

Do BudgetBuds and Its Partners Operate in the Black Market?

The views and beliefs of what a black market is varies, but the reality is that it’s an illicit market — meaning illegal. As defined by Investopedia:
“A black market is economic activity that takes place outside government-sanctioned channels. Black market transactions usually occur ‘under the table’ to let participants avoid government price controls or taxes.”
When thinking of black markets, what comes to mind are images of organized crime and violence. Images of street corners, unlicensed sellers selling weapons, drugs, explosives and body parts. All illegal contraband.
While true in some cases, the reality is much, much different — especially for cannabis in Canada.

Why is black market cannabis demonized by the media?

Mainstream media outlets describe cannabis black markets as the boogeyman. Grey market descriptions are not far off as well. So much so, that you can’t help but think these are tactics to push regulated marijuana onto consumers.
SFU Criminologist Neil Boyd has this to say about the media’s portrayel:
“[They’re] erroneously painting current industry participants as organized criminals, with predatory actions and intentions…”
He goes on to say that:
“…evidence suggests a very low level of involvement of organized crime in the cannabis industry in Canada. The majority of those in the [black market] industry tend to be non-violent and [have] minimal involvement with other criminal activities..”
Take Craft Cannabis Association of B.C for example. If you’re not familiar,they’re a group of producers and retailers who are operate in the black market. Here’s what they have to say on their website:
“The Craft Cannabis Association of BC believes that small-scale producers have an important role to play in our communities, providing a quality product, creating local jobs and equitable economic opportunity. This is our time to influence cannabis regulation in Canada.”
So, do BudgetBuds, Buddalicious, Bulkbudz and CascaCannabis operate in the black market? Read further to the last section to find out. 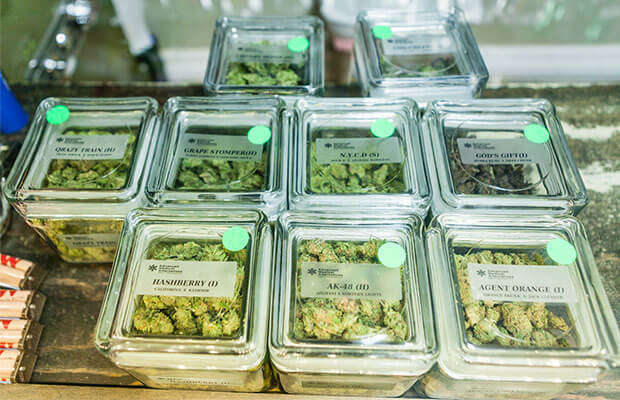 Do BudgetBuds and Its Partners Operate in the Grey Market?

Like the current market reflects, the term Grey Market is rather ambiguous.
Some view grey market cannabis as legal, so, any large or small producer with a fresh crop has the right to sell. Others have a more literal definition, that is, cannabis distribution through unauthorized channels.
Regardless of the view, the grey market retailers work outside the legal framework. As retailers, they source their supply from licensed and unlicensed sources.
And no, unlicensed sources are not the boogeyman. Hence, Craft Cannabis Association of B.C.
In B.C., only a small number of dispensary storefronts have cannabis licenses, while, the majority don’t. But, what they all have in common is a business permit.

Gray market demonization is not supported

Grey market dispensaries have a bad reputation for various reasons, but research shows a different story. These participants prove to be not harmful nor a danger to the community, or even property values.
In fact, mom and pop shops, along with connoisseurs make up the grey market. If you ask any one of them, they’re trying to fill an unmet need that many medical patients have.
Take Don Briere, owner of the ‘Weeds’ dispensary chain, for example. Weeds is a grey market dispensary, as his storefronts aren’t licensed to sell cannabis, making them technically illegal. But the sources where he gets his cannabis from are not illegal.
He explains that licensed producers are struggling to sell their crops. As a result, they’re pressured to offload them to grey market dispensaries.

Is BudgetBuds stuck in legal jargon?

“Weeds” dispensaries aren’t alone when it comes to getting caught in a legal mess, nor is it they’re intention to. In actuality, many want to ditch the black and grey markets behind, but are unable to with the lack of permits and licenses approved. Thus, they’re stuck waiting in the backlog of license applications and deemed as a unlawful company.
Is this process all for good and fair distribution? Or is it an attempt to monopolize a market that’s been in the hands or our neighbors and local growers? The way things are going it’s pretty clear.
Do BudgetBuds and its partners operate in the grey market? Fasttrack to the last section to find out. 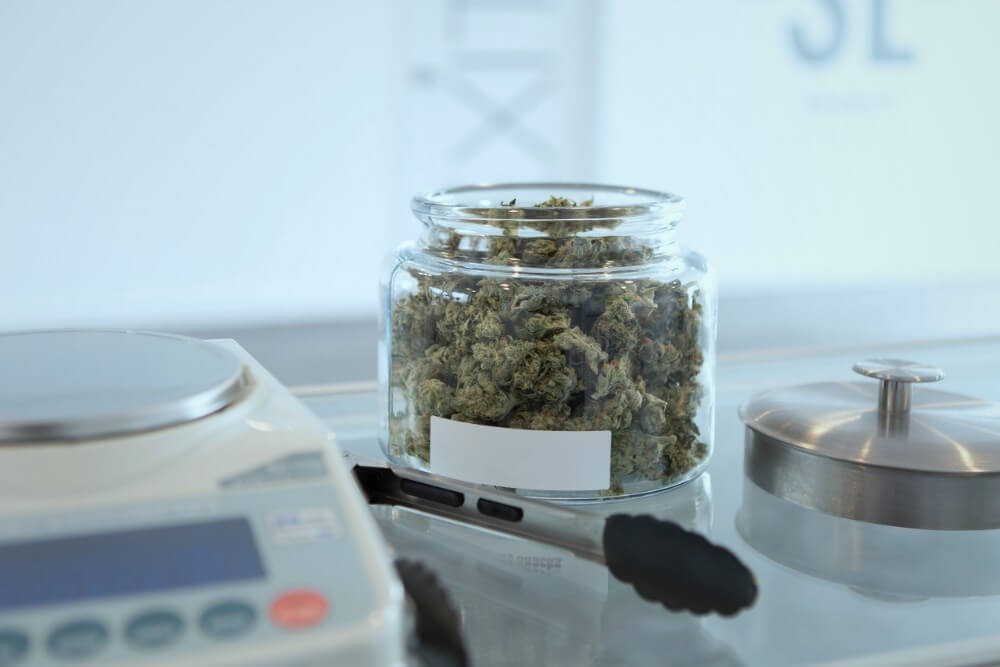 Does BudgetBuds and Its Partners Operate in Legal Market?

A company operating in the white legal market is following all government regulations. This means they have every license and follow procedures that are not a single toe outside the law.

This is where most companies want to operate in. But bottlenecks in licensing guide by the governments unplanned approach keep it from happening.
This isn’t to say that all cannabis companies can’t operate in the legal market. In a few years, we hope that regulations become more loose and those those who aren’t named Coca Cola or Corona can have a piece of the pie.
But, thanks to groups like the Craft Cannabis Association of British Columbia, mom and pop cannabis shops may have their day in the light.
We thank groups like these for promoting a balanced market and increasing awareness against the monopolizing of Canada’s cannabis economy.
Do BudgetBuds and its partners operate in the legal market? Read the next section to find out.

Which Market Does Budgetbuds and Its Partners Operate In?

BudgetBuds and it’s partners operate along the spectrum of black and grey markets. Where they fall in the spectrum is a question that lawyers, company operators and suppliers may have answers to.
BudgetBuds may likely have a vision of being completely legal as Herbal Dispatch and Buds2Go have done.
But like so many Canadian cannabis suppliers and retailers, the status of BudgetBuds is complex and can’t be determined without a internal report.
In the future, we follow that the Cannabis Councils of Canada should make more of an effort to grant licenses to craft cannabis companies. Just like the situation with craft beer and spirits.
Right now, it’s party for only suits and ties. Business as usuals

Craft Cannabis Companies like Budderweeds are ready for licensing. What’s the hold up?

Herb Approach vs BuyMyWeedOnline.ca | The Battle For Canada’s Best