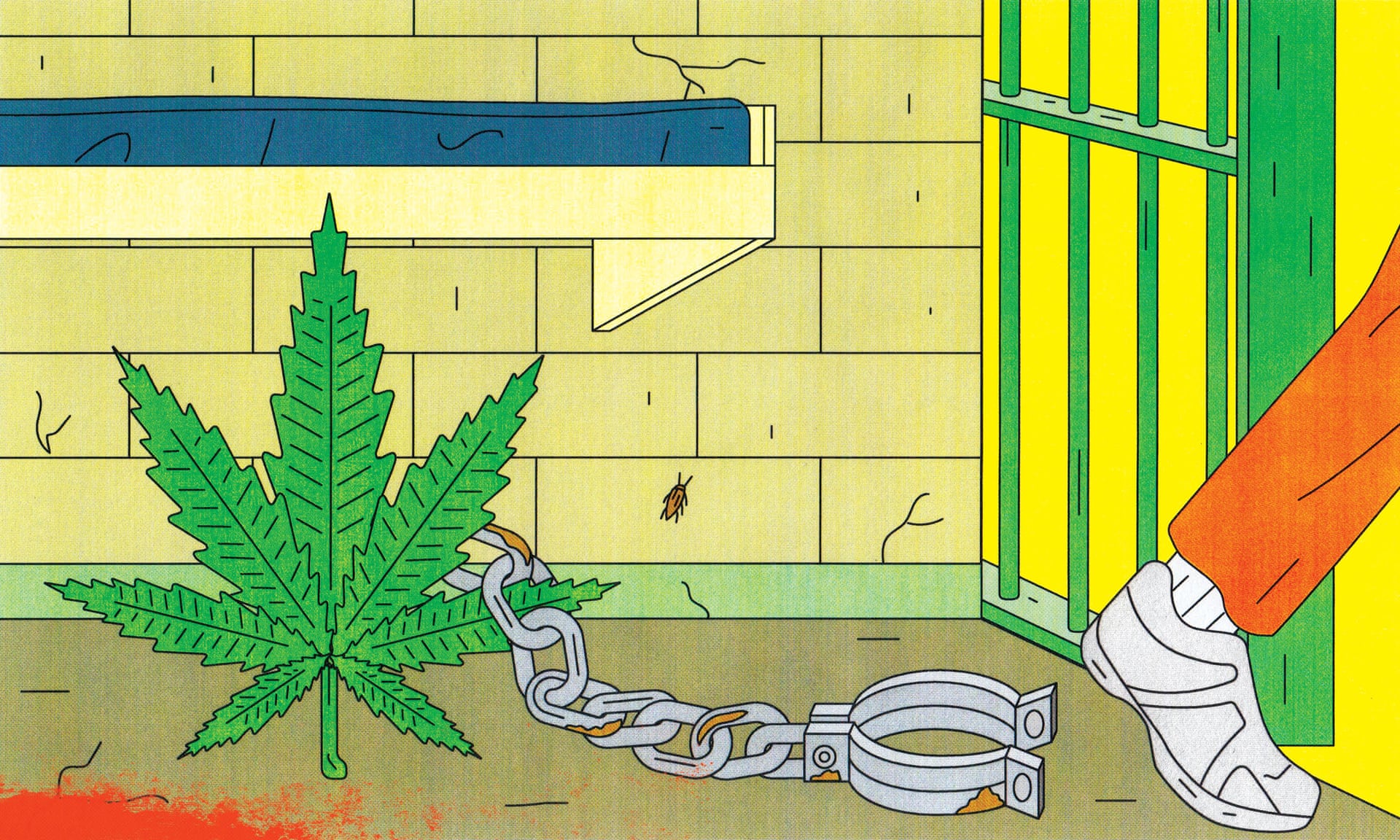 Lorenze Lanier, 32, spent his first decade as an adult in and out of prison for non-violent cannabis convictions. “I was 18. I didn’t know what to do, so I started selling drugs,” he said. He was living in Los Angeles’ Skid Row when he “caught” his first felony. And when he realized how severely his criminal record curtailed his prospects, he felt he had no choice but to continue selling drugs.

After three stints in prison, Lanier got a job at Walmart as an overnight stocker, but he didn’t see much opportunity to advance further. “Not only is it hard to get a job [with a criminal record], but the jobs you do get are not living-wage jobs,” he said.

Much of the outrage surrounding the war on drugs focuses on mass incarceration. But relatively few minor cannabis convictions lead to long-term prison sentences. Having any kind of criminal record, however, can block access to jobs as well as publicly funded housing and scholarships. Once individuals have paid their debt to society, they’re cut off from ways to productively rejoin it.

And as legalization continues to gain momentum, marijuana arrests have actually increased. In 2017 there were more than 650,000 marijuana arrests in the US, according to calculations by the legalization activist and journalist Tom Angell, the vast majority for minor possession offenses. The reasons are complex but often reflect the illegal market’s hold on a portion of sales. While arrests have plummeted in some jurisdictions, police elsewhere have pursued pot busts more aggressively.

As with virtually all drug-related law enforcement, African Americans have been disproportionately punished. In Colorado, for example, arrests of black and Latino youths jumped after legalization. The cruel irony is that at the same time, state-legal and overwhelmingly white-owned businesses now grow and sell marijuana openly on an industrial scale. “My life is destroyed while those white boys get to sell their kids to college,” Lanier said.

But there is hope for individuals facing the shackles of past convictions. With legalization, there’s been a renewed focus on expunging criminal records, especially for minor cannabis offenses.

Early this year, Lanier met Bonita “Bo” Money, a Los Angeles activist and entrepreneur who’s the CEO of NDICA, a southern California group that promotes people of color in the marijuana industry. NDICA offers expungement clinics that guide convicted felons through the process, which can be intimidating and confusing. With NDICA’s help, Lanier signed a few forms and got eight charges expunged within weeks.

The rules, including which charges are eligible for expungement, vary widely across state and city lines. And according to organizers, a staggering 77 million Americans have criminal convictions in their past. By comparison, the US prison population, the world’s largest, was just under 2.2 million in 2016.

But NDICA’s Money says the group has helped 318 people clear more than 600 cannabis convictions. Late October was the first national expungement week, with clinics and events held in more than 10 US cities including Washington DC, Chicago and Atlanta.

And NDICA isn’t the only group involved in the process. San Francisco has announced it is retroactively purging convictions “automatically,” without any action required. With national recreational legalization a few weeks ago, Canada is creating an expungement program as well, though it will require an application process.

For Lanier, having his record expunged has created new opportunities he thought would be permanently closed to him. With NDICA’s help he has an eye on winning one of LA’s equity licenses, which would allow him to open his own dispensary. He’s also taking classes in HVAC (heating, ventilation and air conditioning), while continuing to work at Walmart. Having his record expunged has given him a new chance to lead a productive life.