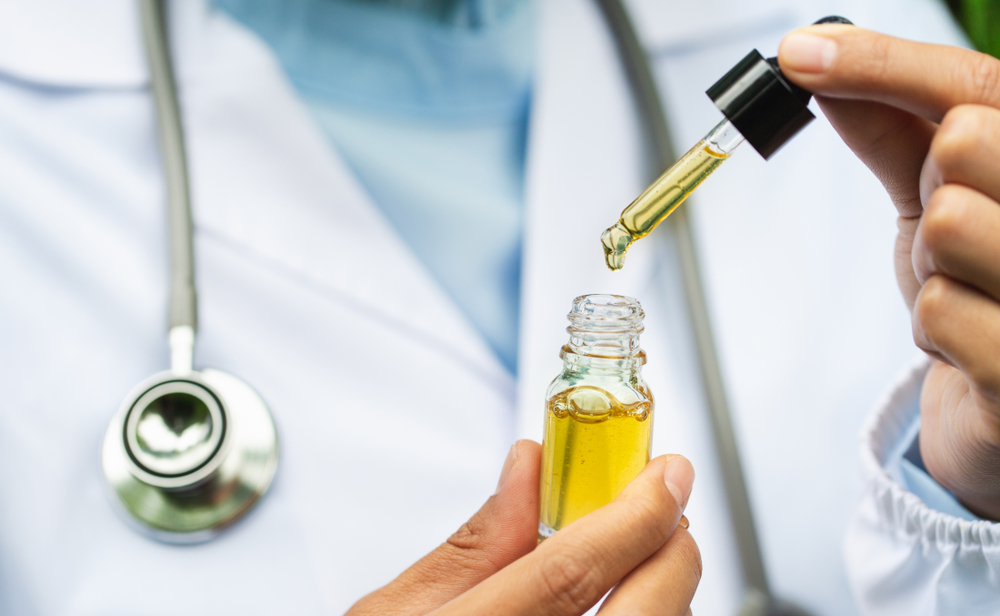 CBC, also known as cannabichromene, is a little-understood cannabinoid that’s a natural constituent of cannabis.

In other words, it’s naturally created within cannabis is the latest non-psychoactive cannabinoid, in addition to CBD, to be offered to tokers.

If CBC is not on your radar yet, here’s everything you need to know about this newly discovered cannabinoid!

What is CBC Oil?

Most people know THC as the active component in cannabis that gets users stoned, helping with relaxation, sleep, and pain management.

Now, the latest cannabinoid to enter the scene is CBC or cannabichromene.

Like CBD (cannabidiol) and THC (tetrahydrocannabinol), CBC is a cannabinoid derived from the cannabis plant. Cannabinoids are lipid compounds found in most living things, from plants to animals, including humans.

The ECS is linked to the central nervous system and plays a role in mood regulation, pain perception, and motor functions.  Cannabinoids from plants (known as phytocannabinoids) such as cannabis also engage with the ECS, which is why we feel physical and mental effects in these areas when we ingest them.

Like THC and CBD oils, CBC oil is made by separating cannabis’ active components (cannabinoids, terpenes, flavonoids) from plant matter. This is usually done through solvent extraction, resulting in crude oil that is then distilled to isolate certain cannabinoids. Consumers can then use the resulting refined cannabis oil in several ways, such as vaping, making topical balms, or mixing it into a carrier liquid to create a tincture.

The effects of both CBD and THC are well documented and discussed, but most people have never even heard of CBC. Truthfully, there has not been nearly as much research done on CBC, but here’s what we do know about CBC and its health benefits.

What Does CBC Oil Do?

When THC is ingested, it is sent to the brain via CB1 cannabinoid receptors, the ECS’ connectors to the central nervous system; this is why THC causes psychoactive effects.

On the other hand, CBD primarily engages with CB2 receptors, which deal with the immune system, healing, and gastrointestinal processes; this is why CBD does not cause psychoactive effects.

READ: What Are Cannabis Terpenes? How Smell Affects Your High

Unlike THC and CBD, CBC interacts with TRPV1 and TRPA1 receptors. Through these transient receptor potential sites, CBC increases the production of anandamide, the so-called “bliss hormone,” resulting in elevated mood, reduced stress, and relaxation for a longer period of time. CBC inhibits the uptake of anandamide, which allows it to stay in the bloodstream for longer.

Several studies suggest this could make CBC effective against degenerative neurological diseases such as multiple sclerosis and Alzheimer’s disease. It’s also being studied for its ability to strengthen other cells in the body, indicating it could be an effective cancer-fighting agent.

CBC has anti-inflammatory properties and is shown to be particularly effective against skin-related inflammation, such as acne and seborrheic dermatitis. Combining this with its analgesic qualities, CBC provides symptom relief for autoimmune diseases such as rheumatoid arthritis.

CBC is primarily found as a component of medical cannabis and CBD products. CBC and CBD together have powerful anti-inflammatory effects, overall mood-elevating properties and can treat pain ranging from mild to chronic.

So, what’s the difference between CBC and CBD products, and which should you be using?

You can find an abundance of CBD products for sale at your local dispensary and through online retailers, in forms ranging from drinks to skin creams to bath bombs. The majority of these CBD products will also contain CBC, namely those that are labelled either full-spectrum or broad-spectrum.

Full-spectrum extracts contain the entire range of hemp plant-derived cannabinoids (hemp is a low-THC variety of cannabis sativa plant), including CBC and small amounts of THC (less than 0.3%, not enough to get stoned). Broad-spectrum products have had the THC removed, but all non-psychoactive cannabinoids are still present.

RELATED: What is CBD: The Complete Guide to Cannabidiol

The presence of these other cannabinoids alongside CBD in both total and broad-spectrum products contributes to an entourage effect, meaning that they boost the CBD’s benefits while also providing their own therapeutic effects.

Cannabichromene (CBC) is a minor player in the cannabis scene right now. But, as research continues and its benefits in chronic pain relief, mood, and healthy cell growth gain momentum, CBC oil products are sure to become more widely available.

While you may find the odd CBC oil product available for purchase, it’s rare to find products with only CBC. For now, the best way to enjoy CBC is as part of a CBD treatment.

Hopefully, we will see an increase in CBC oil products entering the market as more research is done and more people learn about its health benefits.