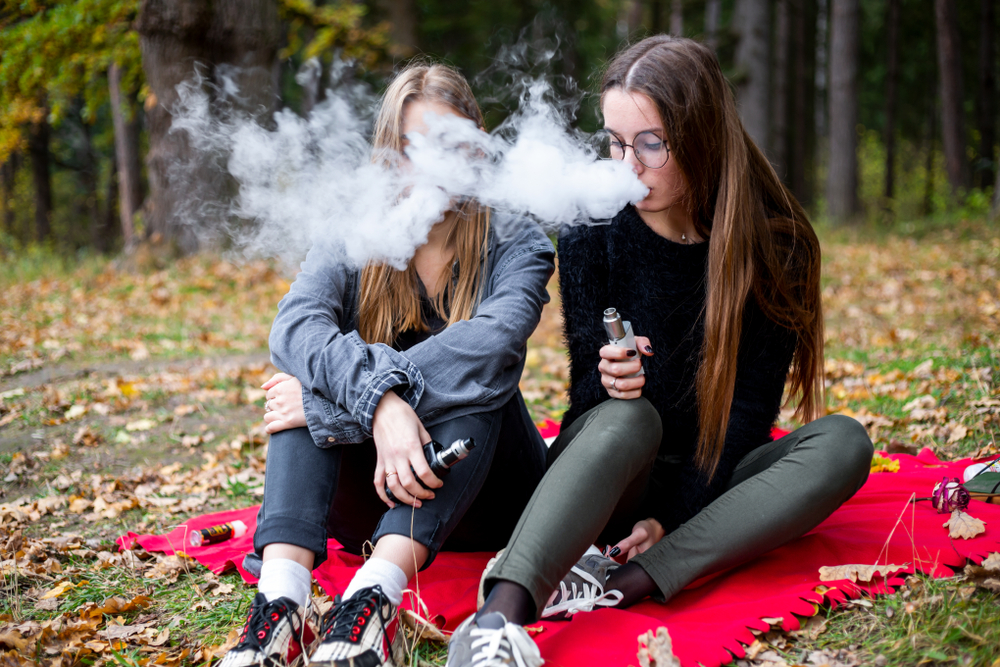 Across Canada and the United States, weed teen vaping has seen a meteoric rise. One study says that the rate has more than doubled in the last seven years compared to 2013 levels.

The report, published by JAMA Pediatrics on Monday analyzed 17 studies with 198,845 participants across North America. The journal goes on to say that over time, the data suggests that more and more teens are shifting their preference from joints and pipes to distillate and vapes.

Cannabis vaping is more common amongst older grades while younger student usage for vaping and cannabis was lower.

However, these numbers also mean that cannabis usage among students increased overall.

For those unaware, weed vapes and vape pens work by utilizing a heating element known as an atomizer to transform cannabis concentrates into an inhalable vapour. Vape pens usually vaporize THC distillate, a kind of cannabis concentrate that offers more than 80% potency on average.

Related: How to Use THC Distillate

Vaping produces less tar, toxins and harmful compounds compared to smoking and is considered to be healthier than smoking dry flower.

Vaping amongst adults has also seen a surge in popularity. Many prefer vape pens for their controlled dosage, lack of smell and odour and their ability to be used anywhere, even inside of the house. They’re also more cost-effective since they offer more potency at a lower price tag.

Of course, the researchers have stressed that weed teen vaping, especially for vape pens, is a serious problem.

Distillate vape pens are incredibly potent, and researchers theorize that this increased potency, combined with their ease of use and accessibility, is what’s driving kids to turn to vape pens instead of joints.

A researcher from the Monitoring the Future survey said that potential toxins and cutting agents included in cheap and low-quality vape pens, such as Vitamin E acetate, can interfere with lung function.

Last year, the American Centers for Disease and Prevention found 2,800 incidences of lung injury and 68 deaths linked to e-cigarettes and vaping products between 2019 and 2020.

Herb Approach regularly vets and tests all of the products coming in from their vendors to ensure the utmost quality and safety, but not all dispensaries and companies are the same. For example, Canopy Growth included a potential toxic additive in their vapes which they’ve only just removed in 2020.

The CDC says that marijuana use in teens can lead to worse grades, mental health decline, and negative social life. Adolescent cannabis use can also affect young brains that are still in development, leading to impaired and/or slower developmental problems later on in life.

Out of the 198,845 adolescents, 18 years of age or younger surveyed 8.4 percent, or 16,703 students vaped cannabis in the previous 30 days. While the developmental risks aren’t completely guaranteed, the potential harm of using low-quality and cheap vape pens with Vitamin E and other toxins included is certain.

What do you think? Is weed teen vaping a growing problem or is it a non-issue that’s being blown out of proportion? Let us know what you think in the comments!