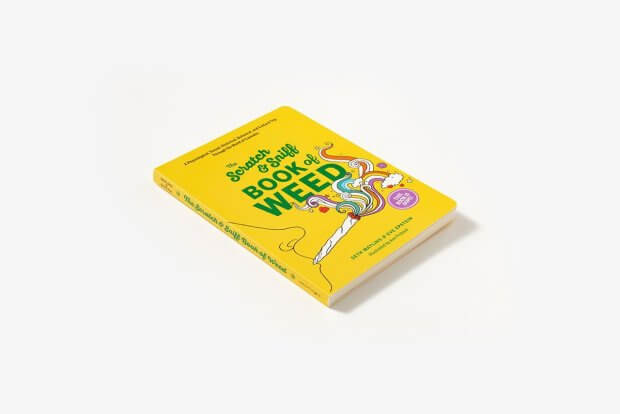 When we were kids, scratch ‘n’ sniff books were all the rage. And now they’re back, bringing all kinds of ~adult~ subjects to life – including cannabis.

Just take “The Scratch & Sniff Book of Weed”, for example. Created by Seth Matlins and Eve Epstein, the book aims to educate people about weed, looking into the history of the herb, as well as highlighting its multi-sensory qualities.

But if you think this is an easy read for when you’re high, think again.

It’s been described as an exploration of weed, ‘from the science behind the munchies to the botanical link between weed and beer; from weed’s sexual upsides to its (literal) sexual downsides; from Tupac to Shakespeare to why weed makes music sound better’.

‘We didn’t write it for a stoner mentality. Instead, the aim of “The Scratch & Sniff Book of Weed” was to be the Sesame Street of weed: entertaining and educational,’ the authors told Vice.

The book has four characters: a black college student, a Latina soccer mum, a middle-aged white man and an Asian grandmother, as a way of challenging the stereotypes of smokers.

And the book also serves an even more practical purpose: 10% of the profits will be donated to the Drug Policy Alliance, a nonprofit organization that advocates for the legalization of weed around the world.

You can buy the book here.