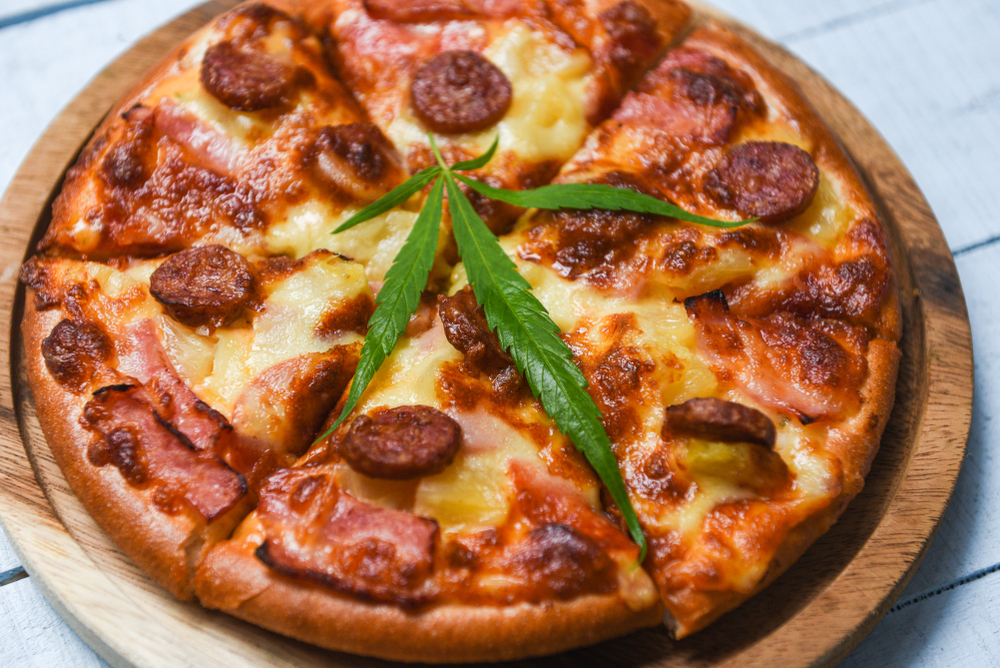 The Pizza Company, located in Bangkok, started experimenting with the concept after their neighbouring country, Cambodia, started to offer weed as an additional, optional condiment.

However, Thailand’s weed pizza does have one caveat: it won’t get you high.

“Of course, they cannot get high,” Panusak Suensatboon, general manager of the Pizza Company, said in an interview. “It’s just a marketing campaign. and you can taste the cannabis and then if you have enough, you maybe get a bit sleepy.”

For patrons looking to get high off of a crispy Sicilian slice, they might just end up leaving disappointed.

The Crazy Happy Pizza, which costs around $20 Canadian for a 9-inch pie or a $4 Canadian for a few cannabis leaves as toppings, also has bits of weed-infused into the cheese crust, along with chopped cannabis in the dipping sauce.

While you might feel like you’ll be greening out after having a few slices of this Crazy Happy Pizza, the reality is that you probably won’t feel a thing. If you’re familiar with how weed works, you’ll know that weed has to go through a decarboxylation process before its effects can be felt by the human body.

You’ll definitely be able to taste the dank ‘weediness’ of the pizza but you won’t be able to get high off of it unless there’s cannabutter, distillate or another cannabis infusion included in the pie.

In Thailand, medicinal cannabis is available for purchase under the Narcotics Act, but recreational use and cultivation remain prohibited, which is surprising given the history of Thai landrace strains of weed.

However, Thailand became the first SEA country to remove specific parts and products derived from cannabis from their controlled narcotics list in late 2020. In February of 2021, the country also allowed for weed to be used in foods and beverages across the country, as long as the amount does not exceed 0.2% of its total weight, eliminating the possibility of getting high off of infused foods and beverages.

Surprisingly, the so-called weed pizza has not been well received.

According to Panusak, sales for the pizza have been lacklustre, with the chain facing many handicaps and difficulties. For starters, the pizza can’t be advertised or sold to anyone under the age of 12, and it’s well-known that the pizza itself will not induce any kind of psychoactive effect.

“I don’t think the market is ready for cannabis products yet. We knew this since the beginning,” said Panusak. “We only wanted to be the first mover to launch something new and innovative in the market.” By the end of the promotion next week, he estimates that 1/5th of the cannabis leaves will have to be thrown away.

Panusak says that the company, who also incorporated durian, a rich and pungent fruit, onto their pizza, is an example of innovation that went correctly.

“We try to get some new ingredients, anything that is in trend, and we use it and we want people to talk about it,” he said.
While weed pizza might be headed back into obscurity, you can make this medicated pie at home with a few ingredients available from your trusted online dispensary. From infused olive oil to distillate syringes, we’ve got everything you need to make delicious weed pizza at home!