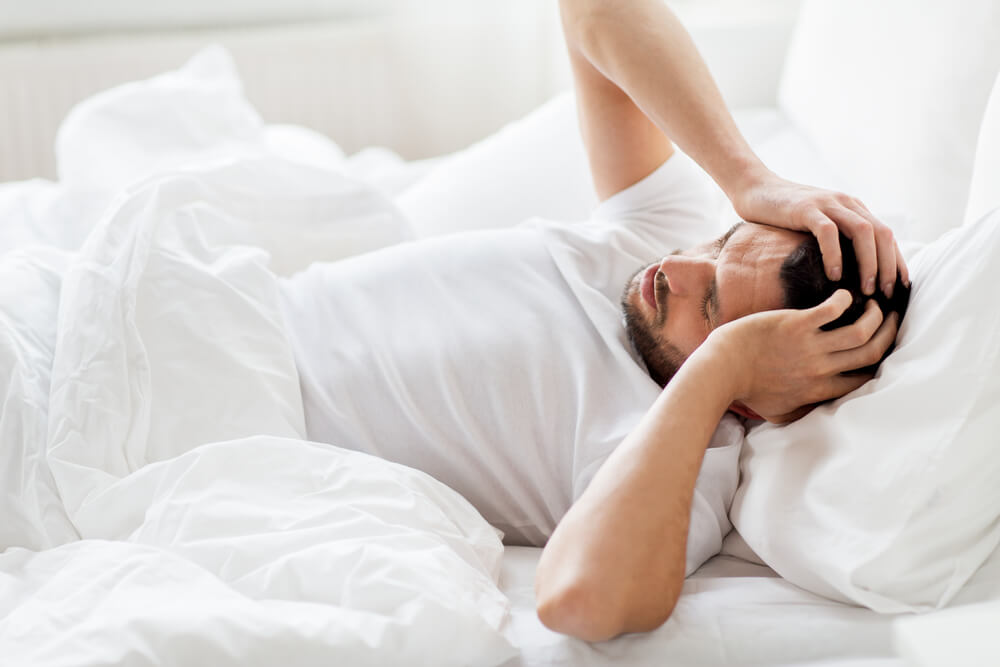 Mind fog is one hell of an experience and one of the most common side effects when experiencing a weed hangover. It can prevent you from completing important tasks, hinder your ability to focus, or even cause you to feel disoriented and unaware.

If you’ve ever smoked too much weed or eaten one too many edibles, chances are, you already know what we’re getting at here.

Much like alcohol, you can also fall victim to a weed hangover if you consume too much at once. Although the effects may not necessarily be to the same degree of severity as a booze-induced hangover, the negative after-effects can be quite uncomfortable, to say the least.

A weed hangover can cause discomfort and impair the person who has it, making it dangerous to operate machinery and vehicles or engage in any other similar activities.

Many novice tokers and newcomers to the wonderful world of weed may be surprised to hear that cannabis can indeed induce hangover symptoms.

In fact, most of us who enjoy the righteous herb will likely experience a weed hangover at one point or another.

After all, it is easy to get lost in the moment, and anything consumed in excess is bound to have its fair share of adverse effects including green outs and hangovers.

If you haven’t yet experienced a weed hangover or have experienced one in the past but don’t know what to do about it, keep on reading. We’ll be covering everything you need to know, from the factors that are likely to cause it, all the way to solutions we have for dealing with it.

Is a Weed Hangover Real?

First and foremost, we’d like to debunk the false belief that weed can do no harm.

The truth is, any substance in this world has the potential for damage if used irresponsibly, and bud is no exception. Anyone who tells you that a weed hangover is fake is either lying to you or has never experienced one for themselves.

A weed hangover is a very real thing that affects both novice smokers and veteran cannabis enthusiasts. There is no differentiation here.

What Causes a Weed Hangover?

So now that you know that a weed hangover is indeed a real thing, what causes them in the first place?

The most obvious culprit for causing a weed hangover is, of course, excessively smoking or overeating edibles containing your favourite icky sticky. Still, this isn’t the only element to keep in mind.

Other components may increase your likelihood of falling victim to a weed hangover, including dehydration and disturbances in REM sleep.

Physiology, such as age, gender and weight, also plays a critical role in determining a person’s particular tolerance level and how much weed is too much.

These contributing factors piled onto the initial effects of smoking weed in excess combine to create a slew of lingering adverse effects that you may experience throughout the day after an overindulgent sesh.

Weed hangovers can sometimes catch you by surprise. If you’re unaware of the symptoms, sometimes you won’t know that you have one until it’s too late.

Five of the most commonly reported symptoms of a weed hangover include:

When waking up the next morning after a sesh of heavy weed smoking or after eating highly potent edibles, brain fog or a hazy feeling is one of the most common residual effects.

In mild cases, brain fog can easily be combated with a simple cup of coffee or a cold shower. However, in more severe cases, the haze from the brain fog can impair judgement, hinder the ability to focus, and put the person experiencing these symptoms in danger when operating machinery or vehicles.

Along with the haziness of a weed hangover, people have also commonly reported headaches as another common residual effect.

Although it is unclear as to why headaches may occur after heavy weed usage, many people have thought it to be dehydration that contributes to headaches experienced the next day.

Not only that, but while high, people may often forget to drink water, further exacerbating the symptoms of dehydration, leading to headaches the morning after.

Marijuana is known to be a naturally relaxing substance that can help ease the nerves and soothe the mind. However, excessive usage and exposure to medical cannabis or recreational weed can lead the effects to seep over into the next day.

The only exception is that what is experienced during the weed hangover isn’t as pleasant as the high itself. Users who have taken one too many edibles commonly report frequently feeling lethargic and unmotivated to carry out their responsibilities or get work done.

Although this type of physical fatigue is not life threatening or dangerous, it is a nuisance when important things need to get done.

A common affliction amongst tokers, even when they aren’t experiencing a weed hangover, is cottonmouth.

The medical term for cottonmouth is xerostomia. It is facilitated by a reduction in saliva output, triggered by the salivary glands interacting with the different types of cannabinoids and compounds found in your favourite wacky tobacky.

While it is a common condition associated with consuming weed, it can be increasingly uncomfortable and even contribute to more concerning conditions, including bad breath and sore throat.

Even though marijuana can help ease nausea symptoms, ingesting too much of it might result in the opposite effect.

While a less common side effect than the others we’ve previously mentioned, there is anecdotal evidence that some individuals experience nausea while afflicted by a weed hangover.

This feeling, combined with feeling exhausted and suffering from brain fog, can lead to creating a less than ideal scenario.

Did You Know That CBD Can Alleviate Nausea? Shop The Best Deals on CBD Edibles, Tinctures, and More Here!

How to Cure a Weed Hangover

Now that you know what a weed hangover looks and feels like, what can you do to fix it?

Unfortunately, there is no one fix when it comes to how to cure a weed hangover. However, there are things that you can do to help yourself feel better.

Below are some of the most tried and true methods of dealing with those annoying symptoms of a day after weed hangover:

If you’ve noticed a little bit of a haze the morning after a heavy smoke sesh, you’re going to have to do the uncomfortable to rid yourself of that feeling.

Taking a cold shower wakes up the body by stimulating the sympathetic nervous system, releasing hormones that feel similar to an adrenaline rush. As a result, you’ll feel sharper, have a better mood, and you’ll be able to mitigate the haze and go on about your day.

No explanation needed here. We all know what coffee does to us, and in case that you don’t, it stimulates the mind and puts us into a state of alertness.

When the fatigue of marijuana seeps into the next day, a quick jolt of caffeine may be exactly what you need. It will help to balance the energy deficit and give you an extra boost to help you get what needs to be done.

Woken up with cottonmouth and a headache? Chances are, these symptoms are caused by dehydration in the same way an alcohol hangover causes headaches through it as well.

You can quickly alleviate the feeling of cottonmouth and headache by chugging down some water and staying hydrated.

If the weed hangover is too strong to be completely cured by any of the above solutions, your best bet is to sit back, relax and take it easy.

You may even have to call in sick if you feel that you are unable to function at an acceptable level. Just remember to stay hydrated and get some rest.

Note: ﻿Keep in mind, these solutions are commonly practiced tips and tricks and are in no way shape or form intended to be taken as professional medical advice.

A weed hangover may not nearly be as dangerous or severe as an alcohol hangover, but it sure is annoying to deal with.

It can get in the way of important tasks and responsibilities that need to get done and can cause you to feel sapped of all your energy.

Hopefully, the knowledge you’ve gained from this article will help you circumvent the obstacles yourself and carry on with your day, or better yet, prevent it from happening in the first place.

In this way, prevention is the best method for treating a weed hangover.

Knowing the causes is the first step you should consider when setting up your next sesh to ensure that you are able to have enough bud to have a good time without overdoing it and greening out, and later suffering the less than righteous side-effects.