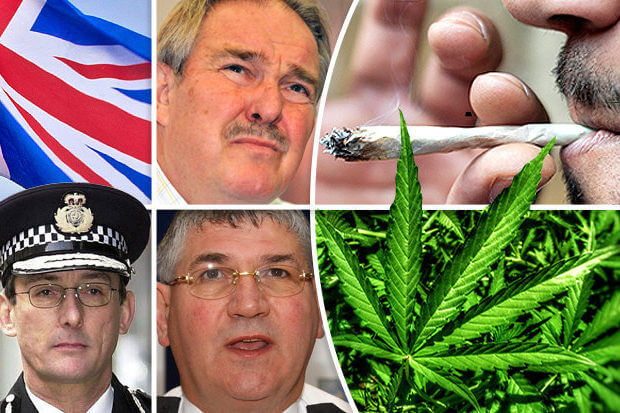 One million hours of police time are being wasted each year on policing the ban on smoking cannabis, the Liberal Democrats say.

Research by the party drawn from official figures shows a total of 87,247 police caseloads relating to the drug were opened in 2015, with the average cost to the taxpayer per case estimated at £2,256. The estimate says that in total £31m was spent on 1,044,180 police hours.

The party says the drug is already “freely available and widely used” and that regulation rather than prohibition makes sense. The Lib Dems announced on Friday that their manifesto would include a pledge to legalize cannabis and create a regulated market in the drug – a policy similar to those implemented in some US states.

Cannabis is currently a Class B drug, meaning that in theory anyone who possesses it can be given five years in prison and any dealer can be given 14 years. In practice, the upper penalty for possession is rarely enforced, however.

“The current approach is a disaster for young people, whose mental and physical health is being harmed by an increasingly potent product. There are no age checks, and no controls on quality or strength. ‘Skunk’ is widespread and the only ID you need to buy it is a £20 note.

“The honest and pragmatic response is to take responsibility for this situation and regulate the market.

“Liberal Democrats will take back control from the criminal gangs and protect young people by introducing a legal, regulated market for cannabis

“We will restrict the market to over-18s. We will make cannabis safer by limiting THC content and requiring all products to contain CBD, which has been bred out of ‘skunk’ and counteracts the harmful effects of THC. And we will invest tax revenues of up to £1bn in education and treatment.”