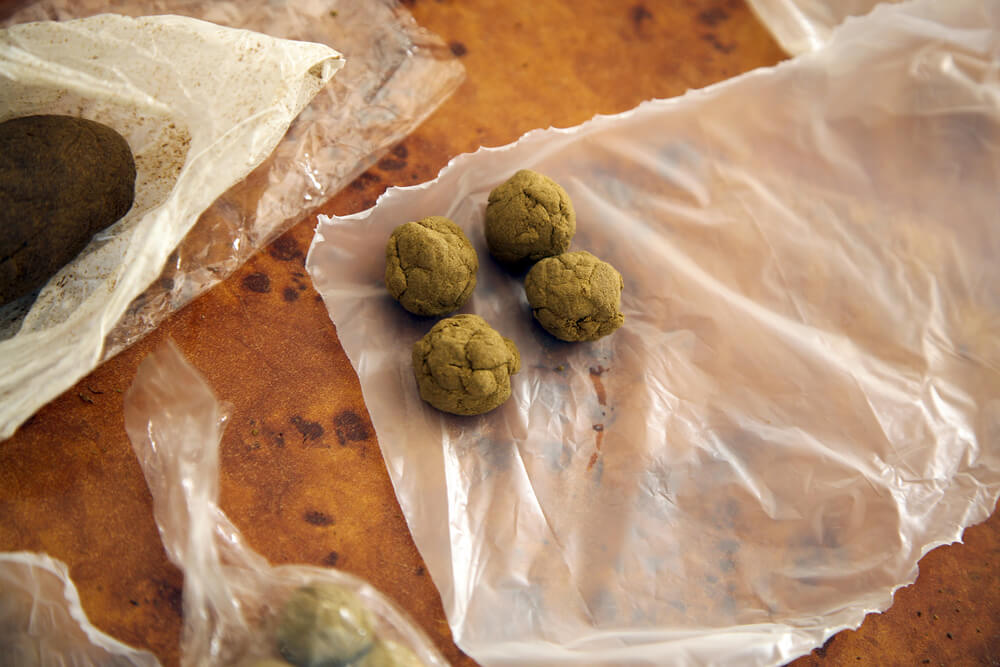 Thought that there were only a few types of hash in the world? Think again. This time-honored and near-ancient cannabis extract has been enjoyed around the world for centuries with each locale making and baking it in their own unique blend of cultural milieu for their communities to enjoy.

While modern extraction techniques have yielded products such as bubble hash, rosin and crumbles, there are some more ancient types that you might not have even heard of, let alone smoke.

Without further ado, let’s get into the different types of hash around the world and figure out which one is the best for you.

Related Article: What is Hash? A Guide for How to Use and Make Hashish

What are the Different Types of Hash?

Depending on the strain, collection method, extraction method and overall processing method, hash and its derivatives can vary wildly between each other. Even something as trivial as using weed trim and shake over full-bud flower can have a huge impact on the look, feel, and taste of the final product.

Let’s start with a refresher. Anybody who’s familiar with hash will also be familiar with kief. A by-product of grinding or simply handling your cannabis flower, kief are little powdery crystals of cannabis trichomes that are packed with terpenes and cannabinoids such as THC and CBD.

For many tokers, a collection of kief can easily be hand-pressed at home to make a puck of hash. In fact, a popular technique for those lacking access to expensive pressing equipment is to place their kief into a plastic bag or to wrap it around some parchment paper and placing the whole package into the sole of their shoes. In doing so, they’re able to manually press-down on the kief and make what’s known as “shoe hash.”

Also known as “boot hash,” this hash tends to be a bit low quality and flakier than other variants. If you’re pressed to some hashish on the go, then there’s really no better alternative than the hash you can make in your own shoe!

Another great example of hash made from kief is Moroccan hash. Check out our guide to this tasty and potent cannabis concentrate.

Finger hash is an old-school approach – perhaps one of the oldest out there. Originally from India, finger hash is made when cannabis cultivators, in the process of treating and processing cannabis plants, would take a dull knife or even their fingers to scrape off the kief that has collected in the palm of their hands and compressing it into hash.

The heat from the hands of farmers combined with the friction from rubbing their palms together makes for a very smooth, almost squishy texture. Finger hash also tends to be darker in colour than other types, and a bit shinier as well.

This type of hash tends to be a bit more involved and can take hours to make due to the slow collection process. If you ever get the chance to try this artisan type of hash, you better not waste the opportunity!

This kind of hash is a recent innovation, at least when compared to the likes of Indian Charas. It’s extremely popular due to its high production yield, simple equipment and clean, filtered taste.

The process behind making bubble hash is easy and much less storied than finger hash. All you need is water, ice, a large bucket and some bubble bags. Producers will take a large amount of high-quality flower, place it into the bubble bags, submerge it in an ice bath, and then agitate the mixture. This process removes the majority of the trichomes (kief) from the buds.

After a certain amount of time or after the kief has been extracted, the cannabis buds are removed and the solution is run through several fine, mesh sieves to capture all of the kief. The kief is then scraped and collected and left to completely dry on drying racks.

Rosin, otherwise known as “squish,” is a new kind of kief-cannabis concentrate that takes the entire cannabis bud and makes hash out of that. It’s by far the most simplistic and easiest method to produce quality hash and to do it home, all you need is some waxed paper, a hair iron and some quality cannabis.

The concept is simple. Cannabis flower is pressed under a tremendous amount pressure and a bit of heat to extract or “squish” out all of the weed’s desirable cannabinoids, terpenes and compounds. What you’re left with is a thick, viscous extract that can be easily dabbed or smoked. Many tokers believe that this extraction method preserves the majority of the plant’s terpenes and flavours, making it the most flavourful hash product available.

What is the Best Hash in the World?

Depending on what you’re looking for out of your hash experience, there really is no way to tell if one hash is better than the other. As with any weed concentrate product, it really boils down to user preference and tastes. Someone who prefers a slightly more fragrant, spicy and aromatic flavour might opt for finger hash or Indian Charas. On the reverse, someone who wants a crisp, clean experience might opt for bubble hash. For someone who’s obsessed with terpenes, rosin might be the go-to choice.

Wherever your preferences lie, it’s important to keep in mind that while there is no definitive “best hash in the world,” there are ways to tell good hashish from bad hashish.

No matter what type of hash you might be interested in purchasing, the first step in discerning good hashish from bad hashish is to check the aroma. Freshly made, quality hashish can be incredibly fragrant and aromatic. If it is made fresh, then the smell of the strain of flower being used will be recognizable nearly instantly.

However, if the hashish is made poorly or processed incorrectly, there can be a plastic or even mouldy smell that’ll hit you right on the nose. This marks the presence of contaminants or solvents used that could lead to a negative experience or worse, risks to your health.

Texture-wise, high-quality hashish will be firm and hard when cold or at room temperature, and slightly pliable when warm. Some other kinds of hashish such as “full-melt” may be sticky and even a bit melty at room-temperature. Generally speaking, hashish should not be sticky when handled and should be clear of white specks which could indicate the presence of mould.

Concluding Thoughts on Types of Hashish

The type of hash that you’ll end up buying will ultimately be up to you but we hope that this article has given you a good introduction to the many varieties of hash that are out there to be enjoyed.

If you haven’t already, don’t be scared to try out a different type! Each variety of hash that we’ve discussed today yields different flavours, aromas and effects and you’ll be doing yourself a disservice if you stick to only one kind of hash!