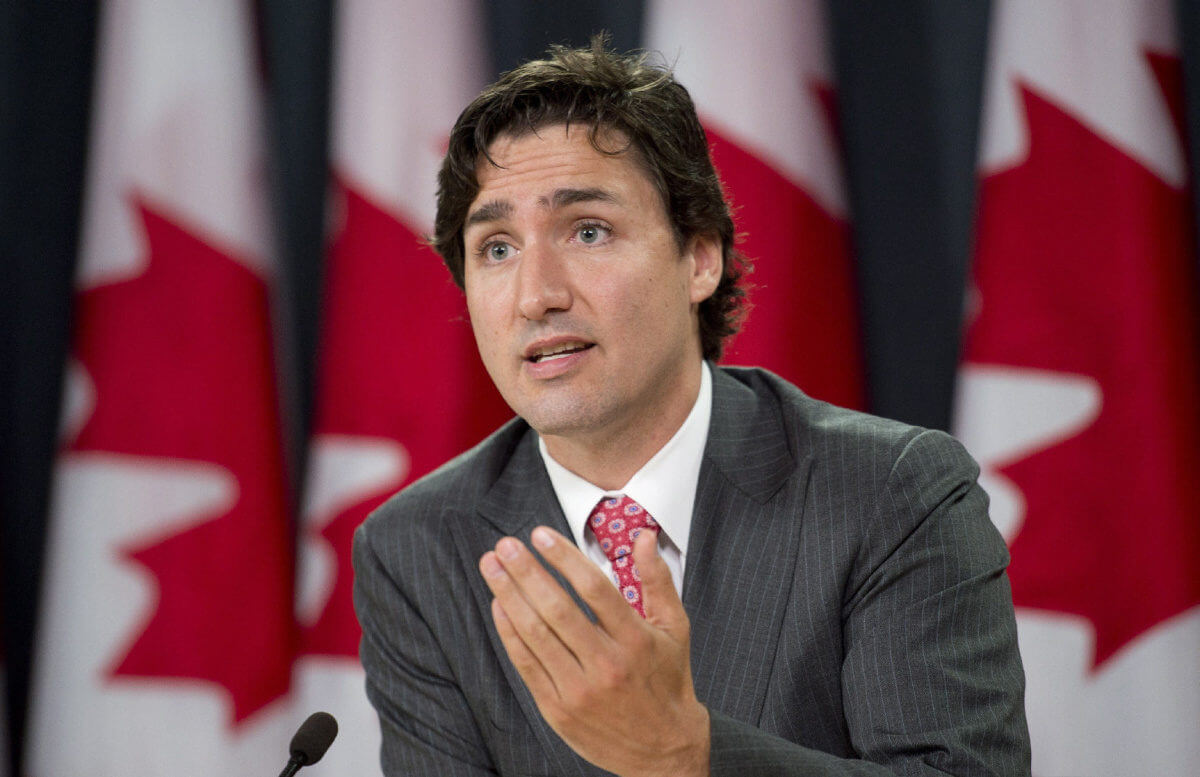 Canadian Prime Minister Justin Trudeau has informed Canadians that if Provinces don’t set up a framework for Marijuana sales, online delivery will still be government supplied.

Trudeau recognizes Provinces will take different steps to ensure its citizens will have proper distribution, and they’ll be given more than a year to do so.

“If they decide they don’t want to bring legislation forward, we will keep [marijuana] available through a federal system, probably on the Internet,” Trudeau told VICE Canada.

“Our system will be accessible for all who do not have a system in their province,” Trudeau continued, in French. “So there will be a way for all across the country, who have the age of maturity, to buy cannabis.”

This comes almost a month after the feds have tabled their long due marijuana legislation. Giving adults the freedom to purchase and consume cannabis as they please.

The legislations framework includes citizens to be able to possess up to 30 grams of marijuana and grow 4 plants. Tough laws were also set for selling cannabis to minors, with a maximum of 15 years in jail. The message is loud and clear, the feds don’t want marijuana in the hands of children.

The Liberals noted at the time of the announcement that if jurisdictions did not put in place a regulated retail framework, Individuals would be able to purchase cannabis online from a federally licensed producer with secure home delivery through the mail or by courier.

Trudeau’s spokeswoman Kate Purchase noted this would be modelled on the existing medical cannabis system that allows users to order online from federally licensed producers whose couriers verify identification and age at the door.

The proposed federal legislation is expected to come into force by July 2018.

There have been some concerns about the bill itself, and Provinces have been working to study the bill better.

One of the major issues is correcting criminal records for a crime that is no longer illegal. Many Canadians have stained records due to marijuana possession, and a pardon for those should be first in line for the federal government.

Trudeau retold the story of his late brother, Michel who was convicted of possession of marijuana in 1998. He joked about how his father was able to obtain a good lawyer to fight the case, and that sort of method just isn’t possible for all Canadians.

“When he got back to Montreal, my dad said, ‘OK. Don’t worry about it.’ He reached out to his friends in the legal community, got the best possible lawyer and was very confident that we were going to be able to make those charges go away,” Trudeau recounted.

“We were able to do that because we had resources, my dad had a couple of connections,” Said Trudeau

A high tax on marijuana could drive people to seek alternative methods of obtaining their medication. Taking away from what the government hopes to achieve with pending legalization.

“If someone has the option to buy something from a Hell’s [Angel] or to buy it from somewhere where it is regulated, and the quality is as good or better, people, a good citizen, will usually choose to buy in legal way,” Trudeau said.