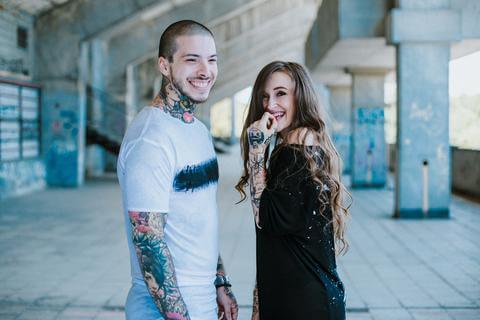 By Mac Kirk’s own count, he’s already attended more than 30 drug rehabilitation programs. With a propensity for heroin, Xanax, and “pretty much everything under the sun,” the 20-year-old musician moved from New York to the West Coast Marijuana Rehab in April to get clean. Bouncing between recovery facilities and sober living centers, Kirk overdosed twice this year.

Then he found High Sobriety.

The concept behind the Los Angeles-based recovery center is relatively simple: Instead of demanding complete drug abstinence—which has been the reigning method of treatment in Alcoholics Anonymous and offshoot programs based on the 12-step model—High Sobriety promotes a “cannabis-inclusive” model that uses marijuana as a means to smooth withdrawal’s rough edges and replace other, more life threatening drugs. Cannabis isn’t just tolerated, it’s provided as part of the program.

“This is the only reason I went to treatment, is because of the cannabis.”

High Sobriety opened its doors in January and has so far housed about 30 patients. From the sidewalk on Venice Boulevard, it looks like a block of newly renovated condos. On a recent morning, on the large deck of one of the residential units, a group of tired-eyed young men lounged in the mild morning sunshine. One resident, Vince Sercia, took puffs of pot from a pocket-sized vape pen.

Sercia, 21, has used everything from black tar heroin to designer benzodiazepines, he tells me. High Sobriety Marijuana Rehab is his third rehab facility, and after the “worst 30 days” of his life detoxing through another program, Sercia was reluctant to give recovery another shot.

“I just wouldn’t have gone to treatment if it wasn’t for this place,” he says. “This is the only reason I went to treatment, is because of the cannabis.”

Changing Lives One Puff at a Time

High Sobriety Marijuana Rehab co-founder Joe Schrank is himself 20 years sober and successfully used Alcoholics Anonymous to quit drinking. But while it worked for him, he said he’s learned that AA’s strict parameters, emphasis on complete abstinence, and faith-based curriculum aren’t a good fit for everybody.

“One of the dark secrets about rehab that nobody wants to say is there are some people who should not be totally abstinent,” he says. “They’re not pleasant people if they are. They don’t function well—if they do.”

To that end, High Sobriety employs an unconventional approach. As Schrank puts it, “We’re trading drugs that will kill people for a drug that will not kill people.”

As a clinical social worker, Schrank has spent decades in the recovery community. He’s worked as a residential therapist at the swanky Promises facility in Malibu, CA; established a plush sober-living facility in Williamsburg, NY, called Loft 107; and launched a website, The Fix, focused on addiction and rehabilitation. After years of working within the 12-step system—and witnessing its shortcomings, he says—he decided to build a recovery facility of his own. If all goes well, he’ll open a second center, in Las Vegas, later this year.

Substituting cannabis for drugs like heroin, alcohol, and prescription opioids is a type of “harm reduction,” Schrank explains, a recovery paradigm that prioritizes reducing the negative consequences of drug use rather than stopping patients from using completely. High Sobriety is aimed at patients who haven’t responded to traditional rehab programs—and there are a lot of them. According to recent estimates, AA is only successful for 5% to 10% of people. Some experts even say it can even be detrimental for a number of reasons.

“One of them is that everyone believes that AA is the right treatment,” Dr. Lance Dodes, a psychiatrist and addiction specialist, told NPR after writing a book debunking the science behind 12-step programs. “AA is never wrong, according to AA,” Dodes said. “If you fail in AA, it’s you that’s failed.”

On top of that, despite AA’s emphasis on full abstinence, program participants often falls short of that goal. Many who do successfully stop using alcohol or other drugs end up dependent on coffee and cigarettes.

While the 12-step formula is the most commonly used approach to addiction treatment, it has a growing number of critics. Dr. Mark Willenbring is one of them. Willenbring, an addiction psychiatrist with decades of experience treating drug and alcohol disorders in combination with mental and physical disorders, says programs like AA are hardly scientific.

“There’s no reason for us to be treating substance abuse with prayer,” he said. “That’s what you do when you don’t have a treatment, you use prayer.

Click here to read the rest of the story.