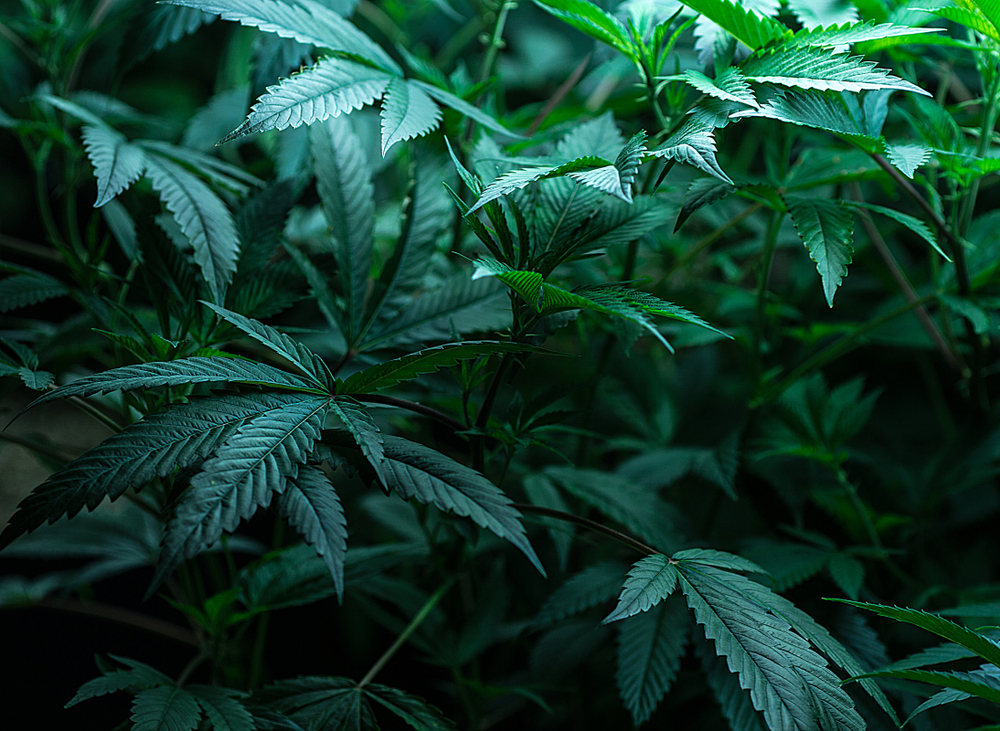 THCV – not too long ago, THC was one of the only compounds that anyone ever heard about when it came to cannabis. However, the recent scientific breakthroughs with medical marijuana have led us to discover many, many more.

Tetrahydrocannabivarin or THCV for short is the close relative of THC and is a relatively new cannabinoid found in trace amounts in Sativa strains.

An underdog in the world of cannabis, THCV holds promise in the medical world with therapeutic effects that have a potential to a hit mark that no other cannabinoid may be able to hit.

Curious what these benefits are? Let’s find out together.

What is Tetrahydrocannabivarin (THCV)?

The cannabis plant itself is composed of over one hundred different native compounds called cannabinoids. While some boast more popularity than others, namely THC and CBD, we are slowly starting to uncover the benefits and roles of several of the other lesser-known compounds like tetrahydrocannabivarin.

While THCV does share a close molecular resemblance to THC, it actually acts and functions differently from it, producing a handful of uniquely pronounced effects that detach it from the characteristics of the other common cannabinoids.

THCV is also known to possess neuroprotective properties and is able to produce a much sharper and energizing experience with the same rush of euphoria as THC. For this reason, THCV sets itself apart from the stereotypical cannabis high that throws stoners into couch potato mode with a ravenous case of the munchies.

Like many of the other cannabinoids in cannabis, THC and THCV both act upon our endocannabinoid system, effectively manipulating our CB1 and CB2 receptors. The difference is, these two cannabinoids do so in vastly different ways. In fact, THCV is known to do the opposite of what THC does.

THC is considered an agonist to the CB1 receptors in our endocannabinoid system, initiating a physiological response when interacting with our CB1 receptors, giving us the beloved cannabis high we all know and love.

When consumed in larger quantities, THCV will produce psychoactive effects, although not quite the same as the ones produced by THC. THCV’s psychoactive properties can be described as a clear-headed, energizing alertness with an underlying foundation of euphoria.

The real magic happens when THC and THCV work together synergistically to provide what is known as the Entourage Effect.

The Entourage Effect is a mechanism in which the cannabinoids other than THC work synergistically to produce enhanced psychoactive effects. That said, different variations of the effect exist within different strains as cannabinoid content varies from species to species.

That said, THCV is known to suppress some of the unwanted characteristics of THC when consumed together. While THCV is known to produce an alert, energizing and euphoric experience, it also helps to mitigate the anxiety, paranoia, and munchies associated with THC overconsumption.

Effects and Benefits of THCV Strains

Like any other cannabinoid or consumable on the market, THCV is not without its pros and cons. Here are a few properties you can expect from a THCV strain:

When we think of getting high, the munchies are an effect that is synonymous with the stoner high. Luckily, THCV is a great appetite suppressant for those looking to shed a few pounds by reducing their calorie consumption.

A study found that regulating endocannabinoid receptors in the gastrointestinal tract can help reduce an individual’s calorie intake by suppressing both the appetite and taming the dopamine rush associated with consuming carbohydrate-dense foods.

For those who have hit a plateau in their weight loss regimen or are struggling to find new ways to get leaner, THCV strains may be the missing piece to the puzzle.

May Help With Diabetes

Research shows that THCV may be a constituent in regulating blood sugar levels and reducing insulin resistance. With insulin resistance being a driving factor leading to Type 2 Diabetes, THCV’s ability to increase insulin sensitivity can further enhance weight loss for those struggling with obesity effectively and efficiently.

May Help With Anxiety and Paranoia

One of the worst adverse effects of THC consumption can be panic attacks. Luckily, THCV can work synergistically with THC to help alleviate certain aspects of the cannabinoid, effectively putting a halt to many of the unwanted symptoms such as an elevated heart rate, anxiety, or paranoia. In many ways, THCV may act as a filter when used together with THC.

Typically, it is the Sativa strains that have the highest THCV content. Here are a few to get you started:

An indica-dominant hybrid crossed between Durban Poison and Granddaddy purple, the Cherry Pie strain features a high concentration of terpenes (and THCV) to help suppress appetite while providing users with relaxation, euphoria and sociability.

A South African pure Sativa originating from the city of Durban, Durban Poison has nearly 1% THCV by volume.

Carrying with it a steady stream of uplifting effects, with an infectious energy that enhances productivity, Durban Poison lends itself to the cherished by the creative among us. A great choice for an energetic and uplifting high or a spark of creativity.

A popular hybrid between OG Kush and Durban Poison, Girls Scout Cookies aka GSC is a Sativa leaning hybrid with a solid THCV content known for its sweet and earthy essence.

Girls Scout Cookies elevate you to a place where euphoria meets full-body relaxation, making it a great option for those who need a potent treatment for pain or nausea

Properly understanding how each cannabinoid affects you is an essential part of the process when it comes to maximizing your enjoyment with cannabis. With the knowledge of another cannabinoid under your belt, we hope this article helped strengthen your understanding of THCV strains and their role in the world of cannabis. Happy smoking!

What is THC? Defining Tetrahydrocannabinol

What is CBDA? How Does it Compare to CBD?

CBG – What’s So Special About Cannabigerol?