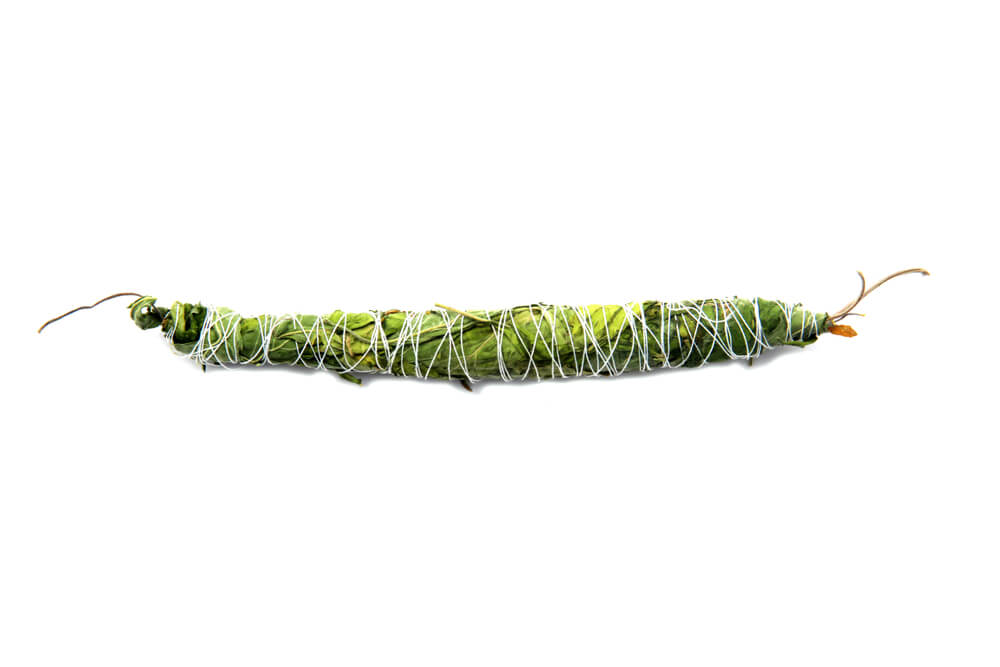 If you haven’t been to Thailand before, it’s unlikely that you’ve had the chance to try out a Thai Stick.

While there exists a strain of the same name, a Thai Stick isn’t your regular, run-of-the-mill bud, it’s a hand-rolled cannabis cigar that takes potency to the next level. Packed with oil, kief and a host of other cannabis goodies, the Thai Stick is a cannabis delicacy that has to be experienced first hand.

Let’s dive into what this joint is all about and how you can enjoy one in the comfort of your own home!

What are Thai Sticks?

Thai Sticks are the original blunt; an OG cannabis cigar. If created properly, they are said to burn as smooth as velvet. In fact, these giant joints can burn for hours and contain greater potency than the average joint.

What’s inside them? These blunts are made with whole marijuana nugs that are skewered on a long, bamboo skewer. Once skewered, the buds are then dipped in layers of hash oil before being wrapped in a plant leaf. Once wrapped, they’re tied up further by hemp wick and left to dry and cure before smoking.

If you’ve ever tried Moon Rocks before, you’ll recognize that the same principle applies here. The only exception to this being that Thai Sticks are typically not dipped or covered in kief before consumption although regional differences may have included the addition of different ingredients into the original recipe.

Today, Thai Sticks are more broadly understood to be a form of cannabis cigar that has been dipped in hash oil. Many consumers opt to “twax” their Thai Stick by wrapping theirs in a thin coil of shatter or wax, further taking its potency to the next level.

There is also a Thai stick strain, or Thai strain you may have seen in cannabis stores and dispensaries. These refer to the cannabis strain, not the style of joint. Both originate from Thailand and we’ll get into how these cannacigars became so popular in the first place.

The Origins of the Thai Stick

As you could guess by the name, these joints originated in Thailand. When they first were made is uncertain, but it seems to be at least a few centuries ago. Sometime shortly after cannabis became popular in Southeast Asia. Fun fact, it was Thailand that can also lay claim for creating the first bong.

Returning to Thai sticks, rumors suggest that these products originally had opium inside them. It is also likely that the first Americans who smoked these were simply getting very high from the hash oil, no opium needed. Speaking of Americans, it was US soldiers who became exposed to Thai Sticks during the Vietnam War.

Compared to what one could find in the United States, these blunts were far more potent. It was these soldiers who brought Thai Sticks back home and introduced them to North America. Thereafter, these joints became very popular, especially through the 60s.

Unfortunately, these products became less popular in the following decades due to increasing regulation surrounding cannabis. That said, they are still popular in Thailand. If you find yourself on the beaches of Phuket or streets of Bangkok, you’ll likely be able to find these Thai Sticks being smoked!

How to Roll a Thai Stick

The process can be time-consuming, but the results are fantastic. If you’re looking to create a Thai stick at home, all you need is full bud weed, hash oil, a bamboo stick, hemp wick and some plant leaf. The plant material of choice can be a marijuana leaf if you have one, but other options also work.

You can use any indica, sativa, or hybrid strain you have at home. Depending on the precise strains used, the effects and taste will be impacted. Take your time making one of these, and make sure you share it with friends. The information below will help you get high in a new way with your cannabis of choice.

First, you take the bamboo stick and dip it in sugar water or hash oil. Then you take the whole nug (NO grinding of weed needed) and skewer them. Dipping the stick in helps mold the nugs, and if hash oil is used, increase the potency as well. This Thai stick mold is what makes these blunts so special. Sugar water is usually used to lower the potency if you’re a novice smoker.

Second, you wrap the skewered nugs in the plant leaves of choice. Next, you tie it all up with the hemp wick. This string keeps it all together but does need to be removed before smoking.

You can also get very creative and start to add layers of marijuana extracts. Have some kief, sift, distillate, or other cannabis concentrate laying around? You can use these products inside or outside of your creation. Get creative, there are all sorts of interesting ways to create these gorgeous creations.

Third, these blunts can be vacuum-sealed to increase the shelf-life. Or you can be like most people and just smoke it right away. Unfortunately, there is a short curing step needed, as these blunts need to dry out. A few hours may do, depending on the exact ingredients you put inside.

How to Smoke a Thai Stick

Unlike creating one of these bad boys, smoking it is easy. But, just like rolling one of these, smoking it can be a long process. All you need to do is untie the hemp wick and pull out the bamboo stick. It may seem strange to have a big hole in the middle, but the airflow is needed to smoke these blunts.

Keep in mind, smoking these large joints can take hours. In fact, you may want to make sure you have enough buddies around you to get one of these done. Like a cigar, smoking one of these is best done over a long session without rushing. Imagine sitting on a beach, with a cool drink and smoking one of these all afternoon. What better way is there to watch a sunset?

Up next, we have a little history lesson. Try to finish giving it a read before lighting up your Thai Stick because you certainly won’t want to do much once you’re baked from one of these concentrated blunts.

For those seeking high-dose THC for medical or recreational doses, you won’t find much better than a Thai Stick. As already mentioned, the smoking experience takes time. Make sure you got a good long afternoon to enjoy a Thai Stick.

Don’t be put off by the process, making one of these Thai Sticks is worth the effort. They are not an everyday smoke, but they make for a great celebratory joint. Whatever reason you have to celebrate coming up, considering making or buying a Thai Stick to add a potent punch.

Now, you’ll no longer think people are talking about Asian food when you hear this term used. With all of this knowledge, you can impress your friends and help pass the time while smoking through one of these Thai Sticks. In conclusion, Thai sticks are a wonderfully potent type of cannabis joint, and may just be the original blunt.