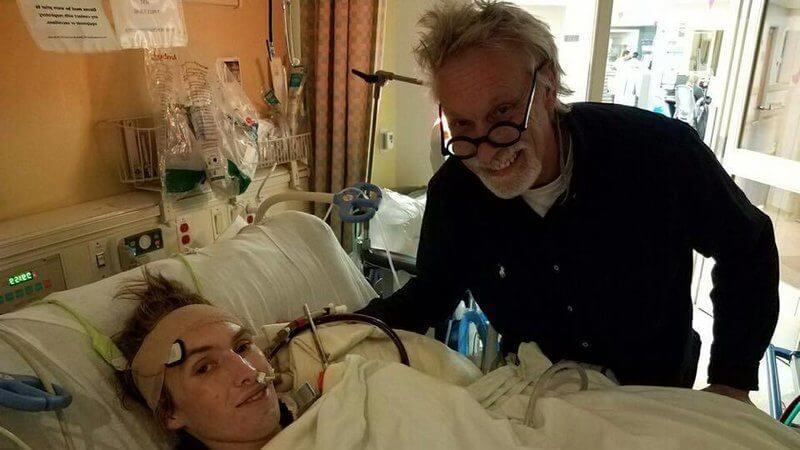 Being in a life or death situation is never a place you want to be. Even worse when a procedure or medicine is needed and can’t be acquired. So was the case for Riley Hancey, 19, who was denied a lung transplant for THC in his system.

Nothing Out of the Ordinary

On Thanksgiving, Riley had dinner with his family and friends. With the usual crowd coming by a friend of his brought some pot and they smoked together. Something he never really did but as it being a holiday and seeing old friends joined in.

What he didn’t realize at the time was smoking marijuana almost cost him his precious life.

The following night he reported to his dad feeling sick and was taken to the doctors. From there he was dismissed with the flu and sent Riley on his way. The flu worsened and with an extremely shortened breath, his family rushed their son to the hospital.

After X-rays were done on his lungs and doctors determined Riley had in fact pneumonia. Pneumonia is serious but most people who suffer from it before their 50’s more often than not recover. What Riley discovered next was a shocker.

Riley’s lungs had failed, and he needed a lung transplant immediately. He struggled to stay alive with machines doing the heavy lifting for him at this point. Unable to breath his family waited impatiently by his side waiting for the doctors to sort out the next steps.

The joint he had smoked on Thanksgiving still lingered in his system and showed up on his blood work. Something that violated the hospital’s organ transplant policy. Riley was disqualified from a new pair of lungs that he so desperately needed.

The University of Utah’s hospital stressed there was nothing they could do as they were just following international guidelines set. All they could do was keep Riley alive until they found a hospital that would take him in, even with his “tainted’ blood test.

Hope From an Unlikely Source

After spending weeks on life support, and many many denied applications some good news appeared. The University of Pennsylvania accepted his case and was more than willing to give him the lungs he so desperately needed.

Many failed screenings and almost transplant matches ensued. So many highs and lows to navigate really took a toll on the Hancey family. But Riley himself said when this was all said and done he “was going to get a philly cheese steak.”

After a near 2 month search for a perfect match, a pair of lungs were found. Riley would finally receive the 8-hour operation his life depended on.

With more progressive and updated policies towards cannabis, an extra 3 months of intensive care could have been avoided for Riley Hancey. His life was almost taken away for a single joint on Thanksgiving. No one deserves to lose a family member over that.

With a Canada wide standard for a 6-month abstinence from drugs and alcohol before receiving an organ transplant, a Canadian man lost his life in 2014. Mark Selkirk was denied a liver after being diagnosed with severe liver disease and being a confessed alcoholic. He has passed away, unfortunately, and his wife is currently suing the government for denial to universal health care.

This situation really shows the other side of the spectrum. It truly is hard to give away such a precious gift as a second organ for someone who self medicates with alcohol or drugs to waste away another one.

With marijuana legalization right around the corner many policies like these will to be reviewed for the public well being. Thankfully there’s plenty of time for discussion and people willing to talk.