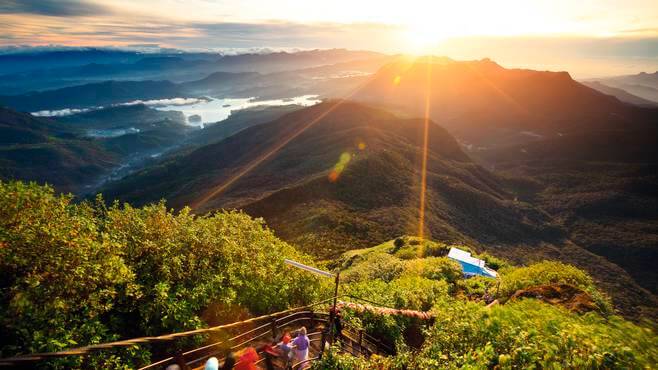 Move over California, Sri Lanka Wants to Grow Your Cannabis

The island nation of Sri Lanka is looking to put itself on the most cutting edge of Asia’s marijuana industry with an eventual goal of U.S. exports.

As U.S. cannabis entrepreneurs continue to deal with the struggle of not being able to ship their products across state lines, Sri Lanka’s Minister of Health, Nutrition and Indigenous Medicine is looking to ship cannabis over the international date line on its way to the United States. But Rajitha Senaratne told the New Dehli Times the first and primary goal was to provide cannabis to the local Sri Lankan market.

“The traditional herbal medicine market currently depends on the hand-outs from the court which generally seize the illegally grown and smuggled drugs. By the time our doctors get the cannabis, it is already four to five years old and lost its effectiveness,” Senaratne told the Times.

A country in Asia setting up a federal marijuana cultivation program would be big news any day, but the next part of Senaratne’s reasoning really spiced the news up. He noted that there is “a high demand in the U.S. for the quality weed which is used to manufacture tranquilizers and painkillers” and went on to say that Sri Lankan cannabis would surpass anything that is being “prepared in the U.S.” Bless his heart.

Unbeknownst to most in the Western world, medical cannabis has technically been legal in Sri Lanka since The Ayurveda Act of 1961. Ayurvedic medicine is an ancient practice dating back to physicians on the Indian subcontinent over 3,000 years ago. In recent years, ayurvedic practitioners have been relying on local law enforcement seizures to provide their medical cannabis supplies, but by the time the plant gets in their hands years after a raid, much of the medical value had been lost.

“There were complaints from many medical practitioners that they don’t get good quality cannabis for their preparation as it is a vital ingredient in the preparation of traditional medicine,” said Senaratne. 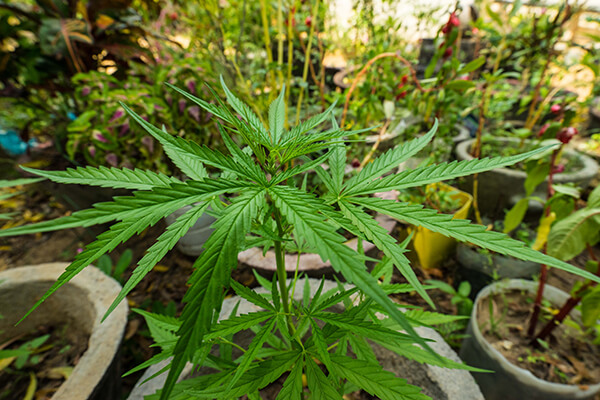 According to Senaratne, the government’s farm would be able to produce over 25 tons a year and would fall under the protection of the Sri Lankan military. This government-grown cannabis would be used by the estimated 16,000 locally registered ayurvedic patients.

But the health department certainly isn’t scared of overproducing for Sri Lanka’s patient population — unlike in California where currently more than eight times the amount of cannabis needed to supply the state is grown — because Senaratne says they are planning on exporting surpluses to the United States. But there’s a major hole in this plan: Exporting cannabis to the U.S. is illegal so long as the federal government regulates trade and considers marijuana to be a Schedule I drug. Which is to say, exporting cannabis to America will be illegal for quite awhile.

Senaratne is not the first Sri Lankan lawmaker to get in on pushing for cannabis reforms. Back in 2014, Parliamentary Affairs Minister Sumedha G. Jayasena dropped what the Colombo Telegraph called a bombshell at a public meeting.

“Jayasena made a strong case to legalize weed,” the Telegraph reported. She even claimed the Buddhist monks in her constituency area were pleading to legalize weed. Her plan gained credibility because she’d previously been known for her more conservative ideas while serving as Minister of Women’s Affairs & Social Welfare and Minister of Child Development & Women’s Empowerment, not to mention the fact that she was 62 years old.

Cannabis is the only drug that is grown domestically in the country. According to a report from the United Nations Office on Drugs and Crime, this occurs in mostly the drier parts of the country’s Eastern and the Southern provinces. The estimated land area under cannabis cultivation is about 1200 acres. The UNODC also estimated that the number of cannabis users in the country was about 600,000.

The amount of cannabis being seized has dropped dramatically over the last 15 years. In 2003, the quantity of cannabis seized island-wide was 73,774 kg. From January to May 2016 only 95 kilos total were confiscated, and this dropped even further to 26 kilos in 2017. This small amount roughly equates to the entire inventory of one mid-sized California or Colorado dispensary. But interestingly, that number doesn’t match up with the Sri Lankan Police’s list of total seizures where the very first seizure of the year, on January 3rd, was alone said to be 230 kilos, more than ten times what they claim has been seized in 2017 as of June. Then again, police are one of the most susceptible points to corruption in the War on Drugs in any country.