Smoking Weed Vs. Smoking Cigarettes – Is Pot Safer on Your Lungs?

Without a doubt, having any type of smoke enter your lungs wont be good for your health long term. But will the type and origin of the smoke effect your lungs differently? Let’s take a look at some of the facts behind smoking weed and how it effects your lungs. 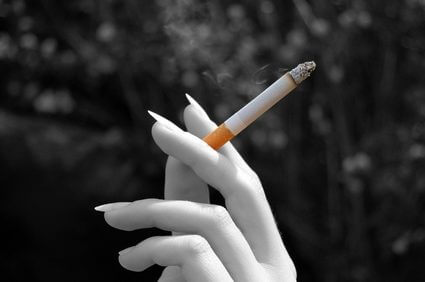 Cigarettes have been linked to lung and pulmonary issues since the Surgeons General Warning was introduced 50 years ago. Since then the number of people smoking cigarette’s has dropped dramatically. With the world moving towards a more health conscious way of living, cigarettes just don’t fit into as many peoples lifestyles anymore.

In Canada, 30-40,000 people die a year directly from smoking cigarettes. Quite a staggering number compared to marijuana’s death toll of 0.

Does this make marijuana smoke completely safe? Well not exactly. Any smoke entering our lungs has potential health hazards.

Writing in the Harm Reduction Journal in 2005, noted cannabis researcher Robert Melamede explained that although tobacco smoke and marijuana smoke have some similar chemical properties, the two substances possess different chemical make ups, and are not equally carcinogenic. Specifically, he affirmed that marijuana smoke contains multiple cannabinoids, many of which possess anti-cancer activity.

Consequently, studies have so far failed to identify an association between cannabis smoke exposure and elevated risks of smoking-related cancers. In fact, the largest case-controlled study ever to investigate the respiratory effects of marijuana smoking reported that cannabis use was not associated with lung-related cancers. Even among subjects who reported smoking more than 22,000 joints over their lifetime.

Professor Emeritus at the David Geffen School of Medicine at UCLA, concluded: “We hypothesized that there would be a positive association between marijuana use and lung cancer, and that the association would be more positive with heavier use. What we found instead was no association at all, and even a suggestion of some protective effect.”

Studies have failed to find a correlation between moderate cannabis use and lung cancer, nor head and neck cancers. In fact, one 2015 study found that smoking one the equivalent of joint a day for up to 20 years was not associated with decreased lung function.

Though, the verdict is still out on whether or not heavy cannabis consumption increases lung cancer risks.

Cannabis smoke, however, isn’t completely innocent. Research shows that the herb can cause damage to large airways, as one might expect after inhaling hot, burning plant matter. This damage appears to be reversible after individuals stop smoking. Regularly smoking weed may also cause bronchitis symptoms.

A Grain of Salt 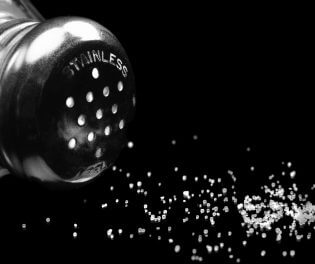 The comparison between the effects of smoking weed vs. smoking cigarettes is well documented. With marijuana the heavy, constant smoking of plant material will have adverse effects on your lung function.

Vapourizing your cannabis will greatly decrease the potential side effects of smoking marijuana. Preventing pulmonary issues and and keeping lung function strong is an important key to living a healthy life. If you are experiencing lung issues from marijuana, it may be moldy.