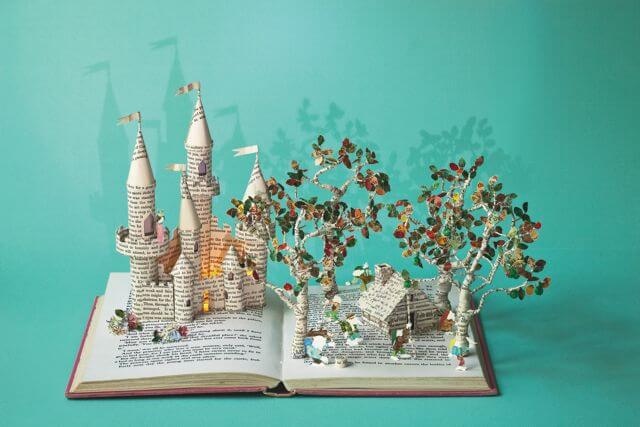 Have you ever tried reading while high?

Lately, when the weekend comes and I’m on cloud cannabis nine, I’m having the urge to express myself more creatively, instead of passively sitting around and watching Netflix.

Sometimes I’ll write. Sometimes I’ll engage in a mentally stimulating video game or host a weed party. Other times, I’ll get my yoga on. And yet, at still other moments, I’ll explore reading while high.

Reading while high can be tough to start, however.

But with extra effort in removing myself from all the ‘marvellous’ distractions (tech, social media and etc), the experience you get from reading while stoned is WELL worth it.

Just imagine your favourite stories becoming more vivid than any screen, taking on a life all their own as you re-examine profound premises, unusual characters and lively dialogue with a brand new perspective.

Imagine soaking and embracing the wisdom from the many different experiences writers and experts have to offer. The little details our busy minds easily miss and overlook.

And if you’re not really looking to be stimulated imaginatively, reading while high is a great way to decompress, since the activity is akin to being in a meditative state.

So, if you’re looking for things to read while high, grab a blanket, grab your preferred method of cannabis consumption and relax somewhere comfy, as we provide you with our top 5 books.

Before Cracking the Books, Have you Filled Up Your Stash?

Reading While High: 5 Books That Will Enhance Your Experience

5 books isn’t a lot. We know. But it’s a great start since the authors of each have an exhausting list of profound literary creations.

If a book doesn’t interest you initially, we recommend you look past your instinctual biases and judgements! These authors are masters at their craft.

1. Do Androids Dream of Electric Sheep? By Philip K. Dick

“Maybe I’ll go where I can see stars, he said to himself as the car gained velocity and altitude; it headed away from San Francisco, toward the uninhabited desolation to the north. To the place where no living thing would go. Not unless it felt that the end had come.”

Ever heard of the movie Blade Runner? In 1982, Director Ridley Scott loosely adapted Philip K. Dick’s ‘Do Androids Dream of Electric Sheep?’ into the classic sci-fi film with a loyal and devoted cult following.

This futuristic dystopian book is an absolute must when it comes to things to read while high. While high, you’ll feel yourself getting lost in post-apocalyptic San Francisco, following the dark story of Bounty Hunter and officer, Rick Deckard, whose job is to ‘retire’ renegade androids who have returned from space – androids who try to pass themselves off as human and would do anything to remain intact.

This story is about more than dangerous androids, although it has some white-knuckled suspense sequences. The novel takes you into bleak moments of the human psyche, where Deckard finds himself torn between his own feelings and the requirements of his position to kill.

2. The Metamorphosis by Franz Kafka

“When Gregor Samsa woke up one morning from unsettling dreams, he found himself changed in his bed into a monstrous vermin. He was lying on his back as hard as armour plate, and when he lifted his head a little, he saw his vaulted brown belly, sectioned by arch-shaped ribs, to whose dome the cover, about to slide off completely, could barely cling.”

What could be trippier than waking up as an enormous insect? The story’s protagonist, Gregor Samsa, has worked himself to the point of exhaustion in order to pay off his parents’ debts, and this physical toll has manifested into an insect metamorphosis. He wakes up on day suddenly transformed into a large, insectile creature, but still with his human mind intact.

The family continues on as if nothing that surprising has happened. Every day, banal conversations and mundane events, continue to play out (waking up late, cleaning the house). Strangely, they themselves become monstrous in their disregard and neglect of Gregor.

It’s a bizarre premise, especially when reading while high, but when you dive more deeply, you might interpret this work as a metaphor for depression like I have. You’ll get a glimpse of how families might respond to the mental illness, the underlying attitude and assumptions society on a larger scale holds against it and more.

Given that the novel was published in 1915, a time when mental illness was even more stigmatized and misunderstood than it is today, expect a mind-bending reading while high experience.

“I believe there’s a whole new generation of kids. They walk different… I can hear it in the music… It used to go life-death, life-death, but now it’s death-life, death-life…”

I can’t think of anything better than reading this narrative while high: In 1968, in Palo Alto, Ken Kesey, author of One Flew Over the Cuckoo’s Nest, signs up to participate in a drug study sponsored by the CIA. The drug he gets is a new experimental drug called LSD.

Under the influence of LSD, Kesey begins to attract a band of ragtag adventurers, and together they drop acid and travel around California in a psychedelic bus called ‘Furthur’.

Get swept up in their crazy, hippie life as they encounter The Grateful Dead, Hell’s Angels and leading figures of the Beat Generation like Neal Cassady and Allen Ginsberg, all while getting chased by police and escaping to Mexico.

There you and Alice go together, down, down, down the rabbit hole…the Cheshire Cat appears with an enigmatic grin, Alice drinks a potion and shrinks down to size, and watches a caterpillar smoke from a hookah.

If you want to lose yourself when reading while high, Alice’s story does exactly that as she watches the world change around her, sometimes frighteningly and sometimes for the better, as she tries to make sense of a vivid dreamworld.

Don’t get put off by the fact that this is classified as Children’s fiction. This novel is a blend of nonsense, dreamlike passages and poetry, possibly extending into the realms of philosophy.

5. The Stranger by Albert Camus

“Maman died today. Or yesterday maybe, I don’t know. I got a telegram from the home: ‘Mother deceased. Funeral tomorrow. Faithfully yours.’ That doesn’t mean anything. Maybe it was yesterday.”

You’ve probably grappled with the idea that human existence holds no greater meaning. Meursault, the narrator, is a young man living in Algiers, who commits an act of violence seemingly based on no logic or reason, which frightens those around him for his lack of remorse and indifference. And when his mother dies, he shows his emotions simply to satisfy the expectations of others.

It’s confronting to delve into the mind of somebody defined by apathy and indifference, who commits crimes without motive — particularly when you realize that the story is toying with the larger idea that the universe is irrational and is not here to serve humankind.

Is Reading While High Your Thing?

If mentally digesting the many things to read while high isn’t your thing, there are endless alternatives to passively going on a Netflix binge, or aimlessly being a social media browsing expert.

Playing weed games, throwing a weed party, practicing the yoga arts or even working on your sexual life with your partner are great activities to do while high.

Experiment and make the most of your extra-sensitive sensory experience!

Smoking and Reading Are an Unreal Combination, But Have You Ever Ate an Edible Before an Enchanting Read?