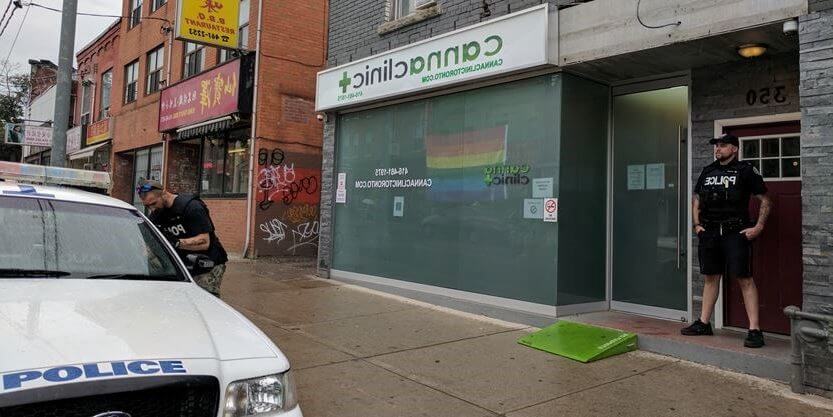 Police charged 80 people, seized close to 180 kilograms of marijuana and more than $350,000 in cash after raids on Canna Clinic dispensaries and homes in Toronto and Vancouver last week.

Seven Canna Clinic marijuana dispensaries and six residences were targeted in coordinated raids across Toronto Thursday, in an investigation dubbed Project Lincoln in partnership with the RCMP and the city’s Municipal Licensing & Standards division.

“There have been I believe two projects aimed at [Canna Clinics]. We’ve executed many, many, many other warrants and so what we do is we respond to complaints, we also respond to public safety issues and if we feel additional enforcement action is necessary than we’ll take that,” Toronto police spokesman Mark Pugash said.

Toronto police said a total of 80 Canna Clinic employees were arrested, charged and released at the scene. Pugash said six of the suspects faced “substantive charges” and were named by police, but the remaining 74 were not identified.

“It’s about enforcing the law,” he added. “And if people are going to persist in doing what we believe to be is against the law than we’ll continue to enforce the law until that law changes.”

Earlier this month Toronto Mayor John Tory expressed his concern over the number of dispensaries in the city that are still in business, and went on to say he will continue to support additional police and municipal bylaw enforcement.