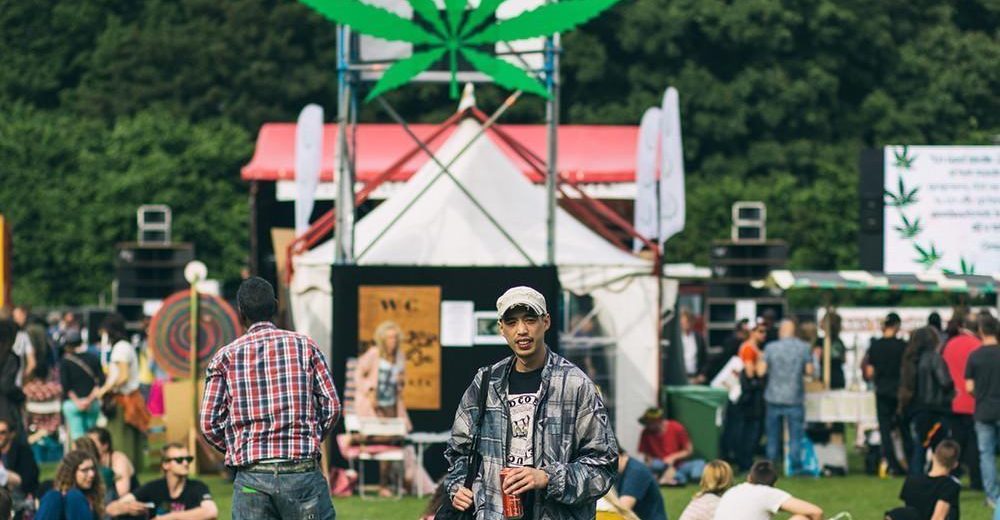 It’s a rare Dutch traveller who hasn’t heard some version of “Amsterdam? I’ve smoked a doob or two there.”

Forty years of coffeeshops in the Netherlands have created Europe’s best known stoner haven. The most famous of those coffeeshops is arguably Green House, which has counted Rihanna, Snoop Dogg and Eminem among its patrons.

Its owner, Arjan Roskam, claims to have 43 cannabis cups to his name—and has dubbed himself “the king of cannabis.” He hunts marijuana strains all over the world to create champion seeds in his Amsterdam lab, but Canada is now his focus.

He’s just one of a number of Dutch consultants bringing their decades of weed savvy to Canada, which legalized cannabis in October.

And Green House is not alone. Dutch horticulture is making millions selling greenhouses, grow lights and water systems in Canada.

The “green brain drain” is hitting hard in the former world weed leader.

Roskam attests: “Canada and the US have taken over while we’re wrangling over full legalization.”

They’re referring to the Dutch pot paradox: It’s legal to buy cannabis, but illegal to grow more than five plants at a time.

It’s called the “back door problem.” The government regulates what’s going on in the coffee shops, which are allowed to sell a nibble of recreational cannabis and hash, but it has never regulated how coffee shops get their inventory.

It’s telling that the Dutch government has handed out only a single licence for medicinal cannabis production, while Canada has 133 and counting.

The result? A sketchy system that features underground organized crime, as noted in an alarming report by the national police union, de Politie Bond earlier this year.

In the province of Brabant – the “drugs barn of Europe” with 2,5 billion worth of weed production annually, and 19,8 billion of profits from XTC and amfetamine – a national task force has been fighting assassinations, violence, rip deals and money laundering since 2011.

One in five farmers has said to be pressured by gangs into growing weed for them.

The contrast with Canada is stark. Since legalization arrived last month, the market can’t keep up with supply shortages reported across the country.

“They’re trailblazer issues and we’ll overcome them,” says Allan Rewak, executive director of the Cannabis Council of Canada. “The great news is: Canadians are willing to buy licenced pot. The market is working.”

Indeed, the sector has ballooned into an industry in which the top 12 Canadian marijuana companies are collectively valued at $55 billion.

Roskam was more than happy to join the party last year when he teamed up with Canopy Growth and Organa Brands to bring his Green House brand to the Canadian retail landscape.

But it’s mainly Dutch horticulture-expertise that’s being sought by Canadians. Greenhouses are created in a jiffy. And at a dazzling size. Some are as large as 400,000 square feet, the equivalent of six soccer fields.

Meteor Systems, a major manufacturer of complete growing systems inside greenhouses, has projected it will be filling more than three million square feet of Canadian growing surfaces with its custom-designed pipes, pumps and plant beds.

“We get huge orders from Canada, we’ve seen it all: Big tomatoes and cucumber parties that are transforming their businesses into weed,” says company marketing manager Laura Rastovac.

Even before the cannabis boom, the Dutch horticultural influence has been a feature in Canada.

“Just drive through Orangeville, (Ontario), it’s surreal how many Dutch farmers and companies you pass,” says Joachim Helms, who trains young Canadian weed growers for Green House. Many of them came in the after-war migrant wave in the ‘40s and ‘50s.

“There’s rumours about guys who’ve left their basement to move to Canada,” says Rastovac. But they keep quiet, as there’s a risk of being caught by the police.

Maalsté confirms she’s been in touch with former illegal cultivators who are working as master growers in Canadian facilities.

Meanwhile back home, the Dutch government is taking baby-steps of its own towards legalization. In 2020, a four-year experiment with full legalization will kick off.

Maalsté, who represents almost half of the 576 coffee shops in talks with policy makers, warns that the plan for gradual legalization could have harmful effects.

“It’s risky to break into a self-regulating market with an experiment. If by 2025 the gates to legal weed production are shut down again, hell breaks loose,” she said.

But there’s one thing the Dutch weed industry agrees on: The Netherlands, once the world’s most renowned weed paradise, is late to its own party.

And Canada is profiting.