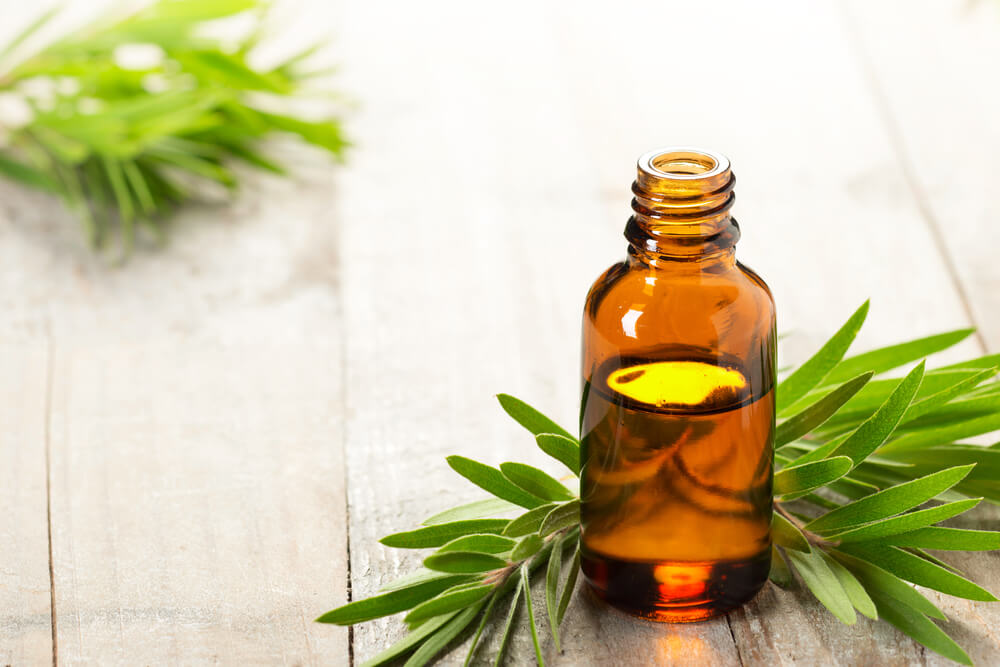 We can all agree that nothing is better than unwinding with a bodacious bouquet of bud, but did you know that it’s actually made up of a bunch of tiny terpenes, such as nerolidol, that make each strain unique?

These terpenes combine with the righteous abundance of cannabinoids to create the delicious, fragrant and oh so lovely ganja that makes your heart swell, your body mellow, and your mind elevate.

If you’re a frequent toker, you likely have at least a minimum understanding regarding the importance of terpenes. However, today, we are taking this knowledge to the next level by focusing on one particular terpene, nerolidol.

While nerolidol is just one of the over 150 terpenes produced by the cannabis plant, it is the only one that matters today.

In this article, we’ll learn all about nerolidol, where it comes from, what effects it has, and why you will want to look out for it the next time you buy weed. If you haven’t paid much attention to terpenes before, today will show you why you should.

Nerolidol is one type of terpene out of the thousands found around the globe. Nerolidol is also commonly called peruviol or penetrol. There are two main types of it, cis-nerolidol and trans-nerolidol.

This terpene has a woody, earthy, and fruity scent, with floral notes of apples, citrus, and rose.

It tends to bring fresh wood bark to mind when you get a good whiff of it. Nerolidol is used in foodstuff and essential oils as a flavouring agent and for its scent.

After all, who doesn’t love to indulge their nose in some delightful scents? It’s like flavours for your nostrils!

Beyond that, trans nerolidol has plenty of potential therapeutic and medicinal benefits as well. We’ll get into the details below, but briefly, nerolidol effects include reducing anxiety, anti-fungal, anti-bacterial, and antioxidant properties. It is present in numerous different plants, including ginger and lemongrass.

Who knew one tiny terpene could produce such big effects and be so versatile? It must be true what they say. Good things do come in small packages.

Nerolidol is a sesquiterpene, a subtype of terpene that is less volatile and more aromatic than monoterpenes, such as limonene and myrcene, meaning it is more stable and lingers longer than other terpenes. It also means that the aroma is likely to last longer on your bud than the scent of other terpenes.

In this way, it’s here for a good time and a long time.

Where Does it Come From?

Nerolidol is just one example of the various terpenes produced by plants. It is found in high levels in ginger, jasmine, tea tree, lavender, and lemongrass. The primary purpose of terpenes, outside of providing particular smells and flavours, is to protect plants from outside predators and potential threats.

Think of them as the Gandalf the Grey of the plant world telling all unwelcome outside influences they SHALL. NOT. PASS.

Nerolidol shares many properties with other sesquiterpene varieties naturally produced by plants. It has helped these plants fight off diseases and acts as an antifungal and antimicrobial deterrent.

Before we dive into the research, we’ll focus on what nerolidol uses are and why. We’ll explore how this flavouring agent is included as an ingredient in products such as candy and gum, and more.

Once we all understand this terpene in detail, it’ll be time to turn our attention to cannabis and how strains containing nerolidol may help impact your health.

Nerolidol is used in foodstuff and essential oils, but it has medicinal properties too. Tea tree oil is one common therapeutic product that contains considerable levels of nerolidol.

The woody and floral notes of nerolidol are also commonly found in perfumes and lotions. Finally, as we mentioned above, nerolidol is a flavouring agent used in various candies and chewing gum.

As far as plants are concerned, they produce nerolidol in response to insect attacks as part of their defensive system. Nerolidol helps plants fight against bacteria, fungi, parasites, spider mites, head lice, and more. It is also produced to fight off other threats found in nature.

To use our previous example, it is Gandalf the Grey protecting Frodo Baggins, which, in this instance, is the plant.

Humans have used nerolidol for decades to reap its relaxation and soothing properties. Beyond being a food-flavouring agent, it is also a therapeutically beneficial biological compound.

Nerolidol can also be used as a natural sleeping aid due to its sedative effects. Seriously, is there anything it can’t do?

Trans nerolidol also appears to serve some practical uses. For example, there is some early evidence that it is a skin penetration enhancer. And so, it may have a beneficial effect on the transdermal delivery of drugs.

The effects of nerolidol also appear to translate to positive activity against various bacteria and other threats.

It has shown to have a positive effect in the fight against staphylococcus aureus, which can cause serious infections such as pneumonia and a bloodstream infection known as bacteremia.

Nerolidol also protects against escherichia coli, a bacterial that likes to set up shop in your intestines with certain strains causing unfavourable effects such as diarrhea.

Let’s be real. Nobody wants that.

The anti-bacterial impacts from this terpene show plenty of promise in various situations, including bacterial skin lesions.

Researchers found that nerolidol acts as an antifungal agent, showing it to be clinically effective in guinea pigs.

These antifungal effects are one of the many reasons why trans nerolidol is added to essential oil and topical agents. This terpene’s popularity has seen considerable growth in use due to positive study results such as these.

Trans nerolidol appears to have sedative and antioxidant effects in rats, too, at least based on one 2013 study. Further evidence from 2016 demonstrated how nerolidol protects against oxidative stress, leading to potential benefits for those with neurological conditions, including Parkinson’s disease.

In 2017, we learned that cis-nerolidol slowed cell growth and promoted cell death in human liver cancer cells, suggesting cancer-fighting potential for this powerful terpene, as well.

However, whether this activity will translate to human studies requires much more research.

Researchers have helped create results to support many of the health claims around trans nerolidol.

For example, data has also found that nerolidol could reduce anxiety-like behavior in mice, based on a 2016 study. Nerolidol also appears to be a weapon in the fight against malaria, based on a Dutch study from 2007.

All this to say that this miniature terpene is a powerhouse for both therapeutic and recreational purposes, enhancing your experience and providing soothing relief.

So, what role does it play in your favourite icky sticky?

It goes without saying that the aroma of nerolidol adds to the experience of smoking bud, but what effects does it have beyond its smell? Well, it appears to have several potential therapeutic effects when present in cannabis strains.

Nerolidol has sedative and anti-anxiety effects that blend oh so well with weed. This terpene is often found in indica strains and helps enhance the couch-lock effects of these strains. It is less often found in high levels in sativa strains for the same reason.

Cannabis growers often promote the creation of terpenes like trans nerolidol to serve as a natural insecticide or pesticide while the plants grow.

Keeping bud free from these potential threats ensures that the weed you smoke is safe to consume. We can all agree that a safe bud is the best bud.

All of these strains promote more relaxing and sedative effects due to the presence of nerolidol. Cannabis-infused food made with this terpene will likely also supply the various benefits discussed here.

In summary, the woody and antimicrobial terpene nerolidol has been a focus of study for decades. While much of this research has been on mice, we expect to see more human study in the future, especially as it relates to weed. Trans nerolidol is a pleasant and relaxing terpene that helps to enhance the therapeutic benefits of cannabis.

In this way, if you’re looking for a strain that will help you unwind after a stressful day while promoting relaxation and intense body effects, we would highly recommend seeking out a strain that has higher levels of nerolidol, which are primarily Indica-dominant strains such as Chemdawg and Skywalker OG.

With its multitude of therapeutic and recreational benefits, the future potential applications of nerolidol are incredibly promising for both medicinal and casual tokers.

Like with anything else, be sure that you are purchasing strains high in nerolidol from a reputable and trustworthy dispensary to ensure that the product you are receiving is safe and high quality.

Relax, recharge and rejuvenate, and, of course, enjoy!