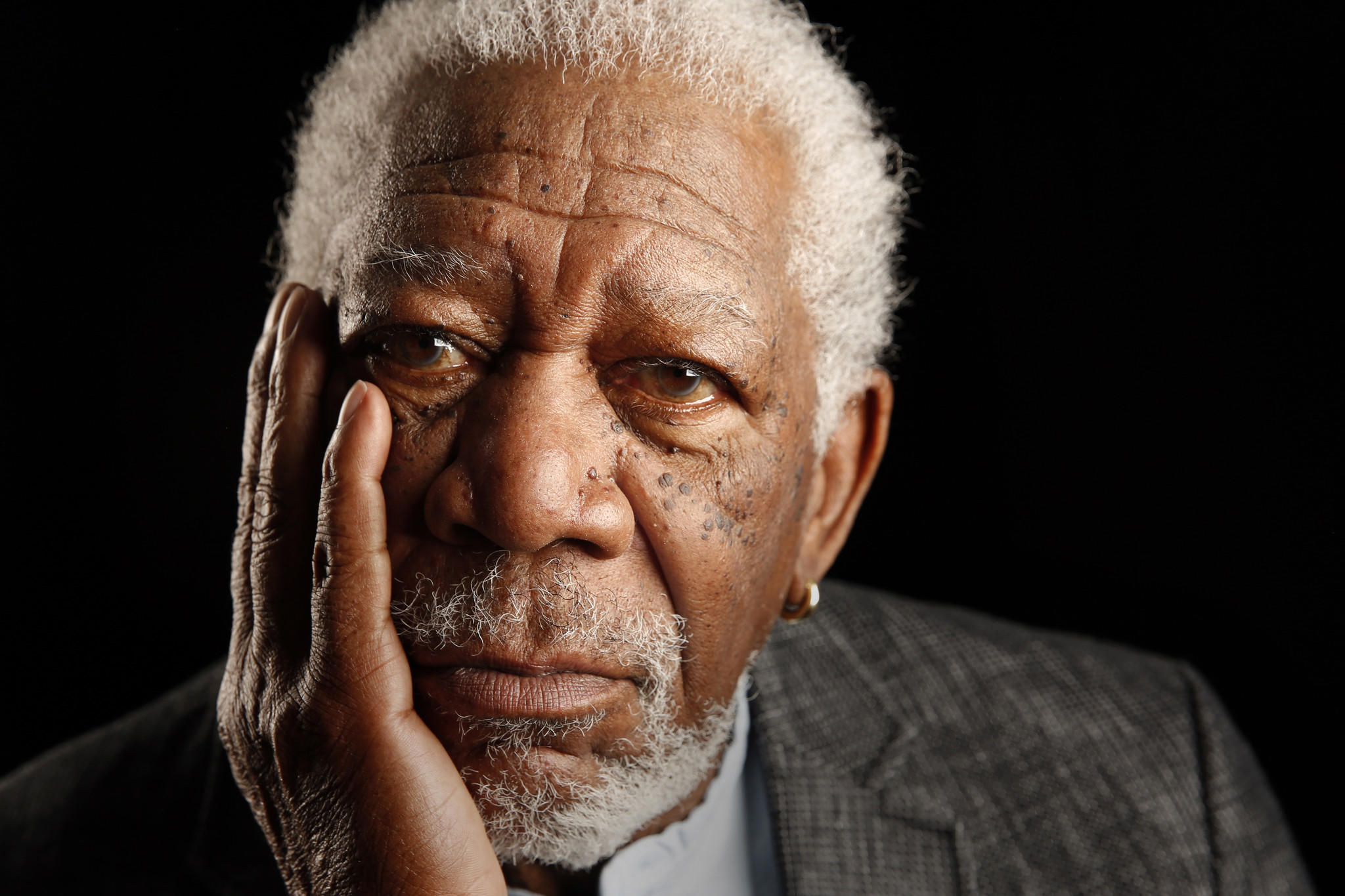 You’ve all heard the voice—at once authoritative and passive, weaving every soothing syllable into an epic yarn. It’s guided you through forbidding prisons, alien invasions, and the icy plains of Antarctica. That the voice is attached to an equally arresting, freewheeling persona has the cumulative effect of, to quote his Shawshank Redemption character, making him seem “like a man in a park without a care or a worry in the world.”

It’s a testament to his acting ability, as these days Morgan Freeman, the Oscar-winning film legend, is in a great deal of pain.

Seven years ago, he was driving across Mississippi when his vehicle, a 1997 Nissan Maxima, skidded off the highway, flipping over several times. Freeman was rescued using the Jaws of Life and medevaced to a nearby hospital in Memphis. His left shoulder, arm, and elbow were shattered, and doctors operated for four hours to repair the nerves in his arm. He still hasn’t regained the full use of his left hand and wears a yellow compression glove to prevent blood pooling.

I ask him about his stance on the legalization of marijuana, since he’s a longtime user. “They used to say, ‘You smoke that stuff, boy, you get hooked!” says a chuckling Freeman. “My first wife got me into it many years ago. How do I take it? However it comes! I’ll eat it, drink it, smoke it, snort it! This movement is really a long time coming, and it’s getting legs—longer legs. Now, the thrust is understanding that alcohol has no real medicinal use. Maybe if you have one drink it’ll quiet you down, but two or three and you’re fucked.”He pauses, and points to the glove-aid jutting out from his left suit sleeve. “Marijuana has many useful uses,” he says. “I have fibromyalgia pain in this arm, and the only thing that offers any relief is marijuana. They’re talking about kids who have grand mal seizures, and they’ve discovered that marijuana eases that down to where these children can have a life. That right there, to me, says, ‘Legalize it across the board!’”

“And what negative effects does it have?” Freeman continues. “Look at Woodstock 1969. They said, ‘We’re not going to bother them or say anything about smoking marijuana,’ and not one problem or fight. Then look at what happened in ’99,” he says, referencing the less marijuana-friendly 30th-anniversary event, which resulted in riots and arrests.

Despite his injury, the 77-year-old actor remains one of the most prolific film stars in Hollywood, having appeared in no less than four movies in 2013 and 2014. His second of four movies out in ’15 is 5 Flights Up, a lighthearted romantic comedy about a couple (Freeman, Diane Keaton) looking to shed their cozy Brooklyn apartment and start anew.

Directed by Richard Loncraine and executive-produced by Freeman, the film is a rarity: It’s both down to earth, something that’s become quite scarce in tentpole-obsessed Tinseltown, and a casual depiction of a loving interracial couple. Sadly, even in 2015, that’s not something you see too often on the big screen.

“I don’t think it’s taboo,” Freeman says of movies featuring interracial couples. “Cinema is following the real world as closely as they can, and sometimes they’re out front. I don’t think it’s taboo, I just think nobody writes it. This wasn’t written as an interracial couple in the script at all, but that isn’t necessary. The point of open casting is to get the best people for the parts.”

And it doesn’t really get much better than Morgan Freeman and Diane Keaton, two celebrated actors who’d never managed to pair up until now—though it wasn’t for lack of trying.

“The wonderful thing I’ve realized about Diane, from watching her over the years, is how real she is,” Freeman says. “If you find yourself saddled with an actor you have to manufacture emotion with, you’re in really deep doo-doo. I met Diane in 2008 and told her how I felt about her and how much I’d wanted to make a movie with her, but the idea of working with Diane has been cooking for ages from just watching her in movies.”

Freeman and Keaton seem completely at ease with each other in 5 Flights Up, giving every impression of a couple who’ve been in love for 40-plus years. The film is also a distinctly New York City story about navigating the treacherous real estate market. It was shot entirely on location in the city—a place familiar to Freeman, who became a resident in the early ’60s to work as a dancer and later acted in several off-Broadway and Broadway productions and The Electric Company, which shot in Manhattan.“I lived here in the ’60s, ’70s, and ’80s. I watched the whole shift,” Freeman recalls. “I got here in 1963 in the Lower East Side and then moved up to the 80s, then further up to 92nd and West End, then left. It was the big shift in demographics in the city. Gentrification was taking place on the Upper West Side. That was ‘neighborhood country,’ so you had places like Gristedes. Are there any Gristedes left?”

Not too many, I say.

“People were jumping out of windows, and the amount of homeless just became unbelievable. Why? Why did all those people suddenly end up on the street in the ’80s? I couldn’t take that. So I just got on a boat and left. I went to the Caribbean. I sailed down to St. Maarten, but prior to that, I went to the British Virgin Islands and fell deeply in love. That’s where my boat is today. It’s named Afrodesia, and it’s a 44-foot Ketch.”

He smiles, and then winks. “Can’t beat the ocean.”

– Forwarded from The Daily Beast