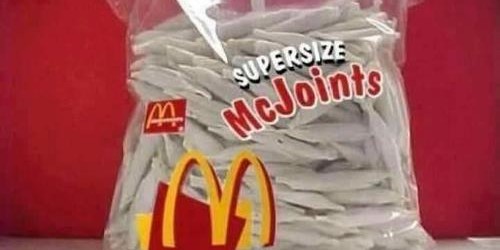 Anyone up for Mcdonalds? Recreational marijuana says you are.

Everyone who’s ever smoked pot knows the munchies are the real deal. When that bottomless pit opens up, you’re ready to devour any and every crumb of food available. McDonalds and Taco Bell have been a long time staple of the stoners menu, but do you attack them when it’s time? Recreational marijuana and a recent survey say odds are you’ll end up there after a toke. 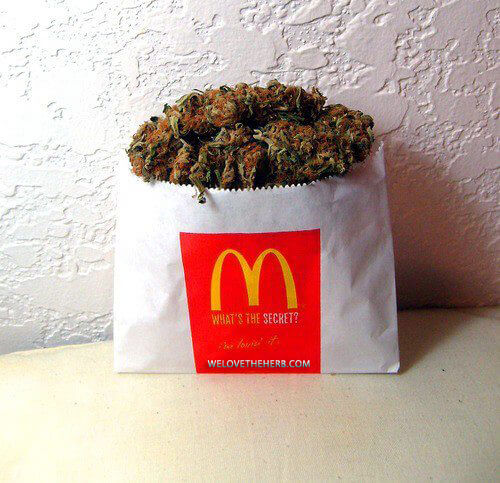 Consumer Research Around Cannabis is a research firm that specifically tracks the workings of the marijuana industry. They recently conducted a survey comprised of people who in legal recreational marijuana states had visited a dispensary in the past 4 weeks. It’s results may not be that surprising to most.

Of those who had gone to a marijuana dispensary in the last 4 weeks, a whopping 43% ended up at a McDonalds. Taco Bell and Wendy’s saw 18% of people going through dispensary doors eventually walk through theirs.

Those weren’t the only restaurants that saw an up tick in sales from recreational marijuana, Burger King, KFc, Carl’s Jr and Jack in the Box all saw more profits in their pocket. Not a bad little boost for business.

About 27,500 people were included in the survey. I wonder how many of those that to denied going to a McDonalds secretly snuck in a cheeky Big Mac when no one was looking.

There’s nothing you can really do about getting the munchies, I know after smoking some a fat joint of Island Sweet Skunk I open the fridge and go for whatever I can find. With a bit more planning and will power, you can have healthy snacks and food around to curb those munchies. A fruit platter and veggies with hummus is a great alternative to a bag of chips and McDonalds!

Related Article: Best Stoner Foods From All Around the World