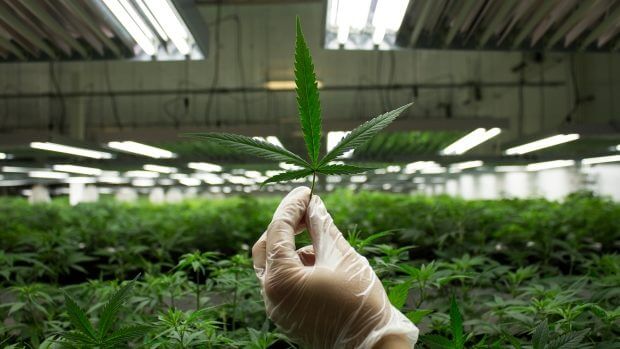 The federal government is getting ready to drastically speed up its application process for Licensed Producers of marijuana. A recreational market that will open up in the first half of 2018, sources said.

Taking it down easy street.

A senior federal official said that in addition to tabling legislation to for marijuana legalization in Canada, the federal government will announce a push to authorize new producers of marijuana. At this point, there are 42 companies that have the necessary authorizations from Health Canada to produce marijuana for medical purposes across the country.

The official said the current licensed producers will have a head start once the market is opened up to recreational users, but added that the federal government will add staff and resources at Health Canada to speed up the approval process for new producers.

For the Mom and Pop shops.

A key concern is ensuring that the supply of marijuana will meet the demand for the drug once it is legalized by the unofficial deadline of July 1, 2018. As Ottawa works toward squeezing out illegal producers of marijuana, federal officials are worried that a shortage of cannabis would hurt their plans in the initial stages of legalization.

Another priority for the government will be to ensure that there is a broad variety of producers of marijuana serving the recreational market, and not just the existing network that includes many large-scale facilities.

“It’s obvious that the producers who are already licensed have an advantage going in. But there is also a clear desire on the government’s part to have a mix of big and small producers,” said the federal official who spoke on the condition of anonymity ahead of the tabling of the legislation.

“There is a great deal of awareness to the needs of licensed producers in the government,” the official added.

Rules of the game.

Federal officials said the government will table its legislation on Thursday, but that a number of key issues will only be addressed in the rules and regulations that will be unveiled at a later date.

Ottawa will give itself broad powers to oversee the production of marijuana and to design rules on the marketing of the product, which are expected to be similar to the ones that govern Canada’s tobacco industry.

The federal government will leave the provinces and territories entirely in charge of overseeing the distribution and sale of marijuana, in line with Canada’s alcohol regime.

“We are going to let them make their own choices on the sales side,” the federal official said. “It’s going to be similar to the situation with alcohol. In Alberta, it’s in the hands of the private sector, whereas in Quebec and Ontario, it’s run by the state.”

After it is tabled in the House, the legislation to legalize marijuana will be studied in committee. At the same time, the provinces will be expected to develop their own plans to distribute and sell the product.

In the mean time.

The federal government will also be working to develop an “interim system” by which marijuana would be available across Canada even if some provinces do not develop their own distribution mechanisms quickly enough. Sources said the project remains in development, although Canada Post could deliver recreational marijuana by mail, as it currently does with medical marijuana.

The federal legislation will be inspired in large part by a task force led by former Liberal cabinet minister Anne McLellan, which proposed a complete legalization model in a well-received report last year.

What’s in store for us.

The task force urged the government to allow Canadians to buy or carry 30 grams of marijuana for personal use, and to grow up to four plants at home. The task force also recommended a system that would feature storefront sales and mail-order distribution, and allow a wide range of producers to operate legally, including “craft” growers and the current producers of medical marijuana.

Prime Minister Justin Trudeau has already endorsed one of its key recommendations: that marijuana should be legal for people who are of legal drinking age – 18 or 19 years old, depending on the province they live in.