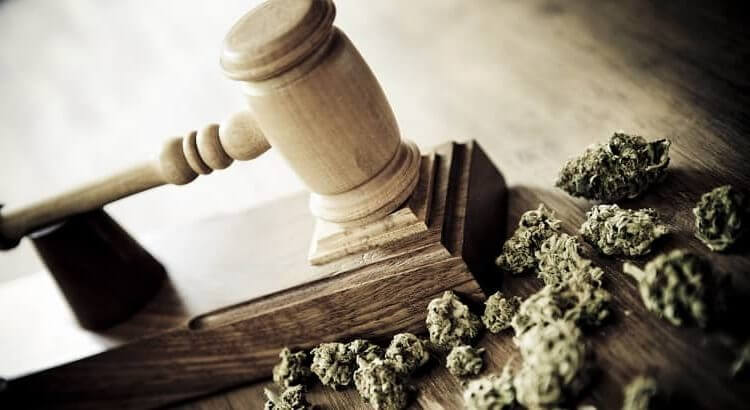 Liberals Say There Will Not Be Pardons for Prior Marijuana Convictions

OTTAWA — The federal plan to legalize recreational marijuana does not include the general amnesty for past pot convictions. Something Canadians would like to see, says Public Safety Minister Ralph Goodale.

Newly tabled legislation would allow people 18 and older to publicly possess up to 30 grams of dried cannabis.

But the Trudeau government is not considering a blanket pardon for people with criminal records for possessing small amounts of the drug, Goodale said in an interview.

“That’s not an item that’s on the agenda at the moment.”

The government has also made it clear that the move to legalization by mid-2018 doesn’t mean lax law enforcement during the transition period.

“It is important to note that as the bill moves through the legislative process, existing laws prohibiting possession and use of cannabis remain in place, and they need to be respected,” Goodale told a news conference last Thursday.

“This must be an orderly transition. It is not a free-for-all.”

The NDP has called on the government to immediately decriminalize simple possession, calling it a logical first step. The C.D. Howe Institute, a prominent think-tank, has recommended the government consider pardoning people convicted of pot possession. Drop any outstanding charges to free up much needed resources for legalization.

Legalization could initially result in an increase in consumption and a need for more police monitoring and enforcement, prompting more government spending, the institute said last year in a policy paper.

“This discussion suggests that dropping charges against individuals for illegal possession who have no other Criminal Code convictions or charges, would save considerable government resources without other significant offsetting adverse spillovers,” it said.

“Similarly, the federal government should consider pardoning individuals who have been convicted for illegal possession but have not been convicted or charged for any other Criminal Code offence.”

A pardon doesn’t erase a criminal record. But it can make it easier for someone to find work, travel and generally contribute to society.

Goodale noted there is already a formal process to have a criminal record set aside.

Those convicted of simple possession of up to 30 grams of marijuana are eligible to apply for a pardon, now known as a record suspension, five years after their sentence is completed.

The Liberal government is reviewing Conservative changes that made people wait longer and pay more to obtain a record suspension. Goodale said “there’s no specific consideration” of difficulties in obtaining pardons for marijuana convictions.

“But the law does exist where people can make an application and have their case considered.”

An internal Public Safety Canada briefing note, released last year under the Access to Information Act, said the issue of record suspensions would be “important to consider during the marijuana legalization discussions.”

A look at highlights of the Liberal government’s marijuana legislation

OTTAWA — Some highlights of federal legislation to legalize recreational marijuana:

● Individuals under 18 would not face criminal prosecution for possession of up to five grams of cannabis but the provinces and territories maintain the flexibility to prohibit possession of any amount by youth.

● Sharing or selling cannabis to someone under 18 would be punishable by up to 14 years in prison.

● Sales  are to be restricted to people age 18 and older. Provinces have jurisdiction to increase their own minimum age.

● Adults 18 and older will be allowed to publicly possess up to 30 grams of dried cannabis.

● Sales by mail or courier through a federally licensed producer would be allowed.

● Adults 18 and older would be allowed to grow up to four cannabis plants for each residence. Plants not to exceed one metre in height.

● Adults 18 and older would also be allowed to produce legal cannabis products, such as food or drinks, for personal use at home.

● At first, sales will entail only fresh and dried cannabis, cannabis oils and seeds, and plants for cultivation. Sales of edibles will come later, once regulations for production and sale can be developed.

● Possession, production and distribution outside the legal system would remain illegal, as would imports or exports without a federal permit. Such permits will cover only limited purposes, such as medical or scientific cannabis and industrial hemp.

● Travellers entering Canada would still be subject to inspections for prohibited goods, including cannabis.

● The existing program for access to medical marijuana would continue.

Forwarded From The Canadian Press