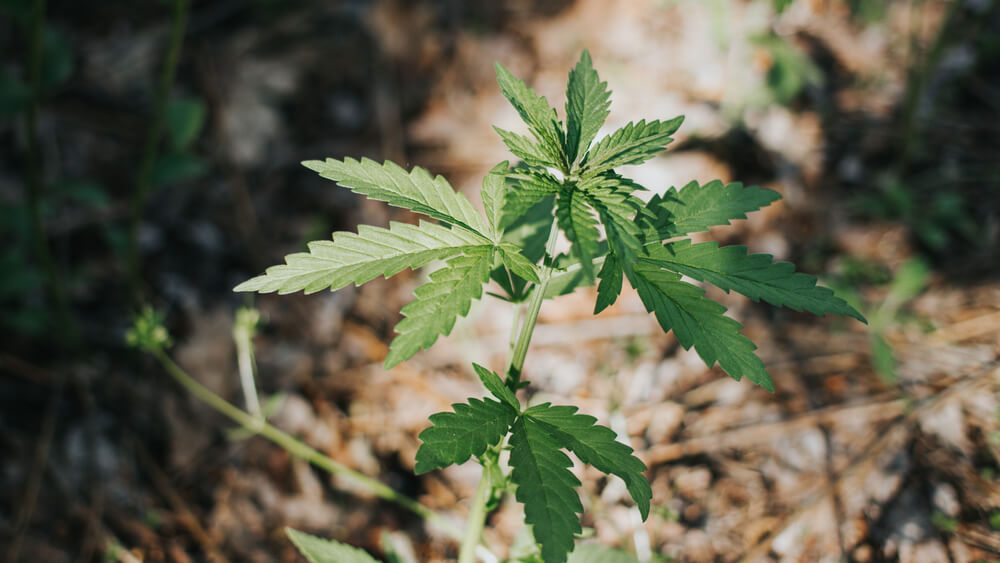 The world seems to take one step towards globalization every day. Digital jobs and online communication draw us closer to those who are on the other side of the world.

Same goes for the world of cannabis.

At some point in history, cannabis seemed to be a monophasic product. Today, the globalized world we live in has shown us that reality is quite the opposite. We have now become used to hearing of new and select strains of the plant we so love.

Master growers are constantly traveling all over the place collecting cannabis species, seeds, and growing their botanical knowledge to provide us with the best strains of all time. Diversity seems to be the main factor when selecting marijuana.

Along with market expansion come trends.

In the case of cannabis, the offer of strains is so vast that knowledgeable consumers are opting to go back to the roots of it all (pun, obviously intended). Funny enough, the strains that guided us in this path and have been a part of our history with cannabis strains are not necessarily the strains that started it all.

Cannabis purists have now decided that the future of cannabis and hybrids lies within its history, in the strains that grew organically before humans even mastered their harvest. From the beautiful mountainous regions of Colombia to the isolated islands of the far east first introduced to us by Leo DiCaprio in The Beach, landrace strains are the foundations of what we know today as marijuana.

To find out more about landrace strains, keep on reading!

What is a Landrace Strain?

In terms of cannabis genetics, landrace strains are distinguished for the purity in their genetic composition. It is these strains that specialized botanists and farmers use to produce some of the species that we know and love today. They’re feral varieties of the cannabis plant that grow naturally around the world and are considered to be heirloom strains to hybrids and new species alike.

The environment is key:

Landrace strains hold unique characteristics native to the environment they grow in. Much like wine strains, the quality of the soil, temperature, and humidity play an important role in cannabis farming.

A landrace is just a fancy term we have grown used to, but at the end of the day, you will be able to identify landrace strains by their name since some of these are named after the place where the strain was first discovered. Pure Afghan (grown in the region of Hindu Kush), Colombian Gold, or Panama Red, for instance, are all considered landrace strains.

It doesn’t always apply though:

Some of my personal favorites are Colombian strains called Punta Roja and Limon Verde, and if you get into the nitty-gritty you’ll even find that the local name for Colombian Gold is a different one from its mainstream label. Think about it, nobody calls them “American Doughnuts” in the U.S., do they?

Landrace strains aren’t all that different when it comes to consumption in comparison to other hybrids and new breeds, but they’re at the base of the pyramid when it comes to cannabis genetics. This is why their seeds are hunted and taken by professionals, experimented with and re-bred to create new varieties.

Where do Landrace Strains Come From?

According to the ancient Greek historian, Herodotus’ scripts, which have been dated back more than 2,500 years; the first people to use cannabis for inhalations were the Scythians, a nomadic Central Asian population. In his words “The Scythians, as I said, take some of this hemp-seed, and creeping under the felt coverings, throw it upon the red-hot stones; immediately it smokes…”

So, not exactly the smoker type the Scythians. But it tells us that at least 500 years B.C. people were already using hemp and cannabis for something. Be it a traditional ritual by the bonfire, or using cannabis to produce rope, textiles, and for medicinal purposes. Regardless, it was most likely a landrace strain that started it all.

This is how we know:

Archaeologists have found remains of ancient rituals and burial sites along the silk road to the west of mainland China. More precisely, in the Pamir Plateau located in the central Asian country of Tajikistan.

According to these archaeological findings, bonfire sites were found with wooden devices in the shape of a kettle inside them. After analyzing the residue inside the devices, scientists found biological traces of cannabis.

These wooden braziers are suspected to have been accessories created to burn cannabis as incense. Archaeologists claim that the inside of the apparatus was filled with cannabis, covered with hot stones, and then thrown into the fire to act as incense.

How deeply were these ancient cultures inhaling? We don’t know at this point. So we don’t know for certain if the plant was being used for recreational purposes, medicinal, or purely ritualistic. But we do know it was being used and judging from the evidence; the content of certain cannabinoids in these strains was way higher than that of traditional “weed” today. Which drives scientists to think that it was certainly landrace strains being used in these bonfires.

Burial sites from the Jirzankal cemetery in the Pamir Mountains that were identified to be occupied by diseased migrants did not have a fire and burnt cannabis traces near them. While local burial sites all had traces of these heirloom strains of cannabis next to them. This implies burning cannabis was a part of a local ritual rather than a product of silk road commerce.

This only speaks of landrace strain consumption though and not exactly of the origins of the plant. However, the fact that it was a landrace strain being used in the wooden brazier, makes it highly possible for this area to be among the first to encounter landrace species.

Other studies suggest early sightings of landrace strains across Central Asia and South Asia. Including China, Pakistan, and most famously the Hindu Kush region in Afghanistan, just South of the Pamir Plateau.

Commerce would do its deed and eventually help scatter the product across South America, Asia, Jamaica, and Africa. Soon after, these cultures and societies would take charge of defining marijuana and its uses. This is why it has become more difficult to find a landrace strain in these modern times.

“Today’s cannabis market rarely encounters pure landrace strains, although modern cultivars, such as Kush, Master Kush, and Hash Plant, can evolve into landrace strains when seed harvested from the same crop cultivar is used over time”.

Bringing us to the next portion of history:

What are Landrace Strains Used For?

As discussed briefly, landrace strains have been a source of innovation in the field. Which is the main reason why they have become a rare sight to see, primarily because of hybridization and indoor farming.

Hybridization: As growers continue to explore cross-breeding, plants tend to be stripped of the genetic profile originally found in landrace strains.

You’re responsible. As a consumer of cannabis, it is your responsibility to know what you’re consuming and its origins. It depends greatly on growers to maintain accessibility to them, but as a consumer, it is up to you to demand quality and environmental sustainability. Landrace strains are a part of sustainability, and they hold the key to reproduction.

If you enjoyed these strains in the past and/or enjoy them currently, it’s best to vote with your wallet to ensure their survivability. These strains are vital for the cultural diversity of cannabis strains that we’ve come to know and love and the loss of their natural habitat, deforestation and preference for other strains have placed some of these strains under risk.

The next time you buy weed online, consider picking up a landrace strain. You’ll thank yourself for it later!