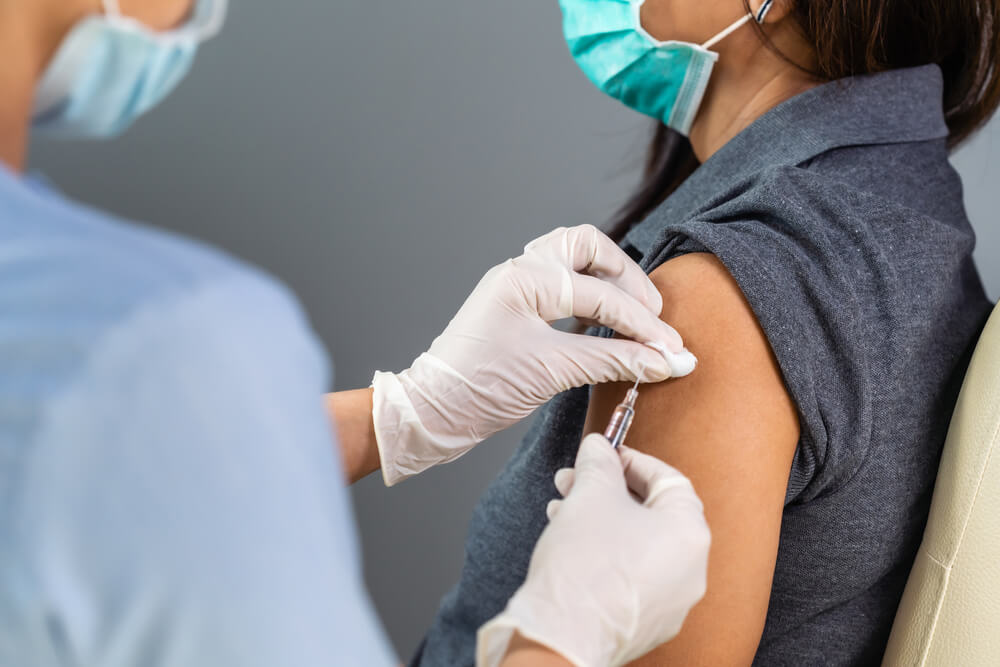 Joints for jabs? Who thought that such a thing could ever be possible?

In the American state of Washington, a new initiative is prompting many would-be-vaxxers to roll up their sleeves to get poked in order to get a free joint. The program is the latest in a sling of vaccine incentives that are starting to pop up across America.

Across the country, Americans are queuing up to get their COVID-19 vaccination incentivized by the offer of anything from free doughnuts to free beer and even free guns! Such incentives are starting to become more and more common as vaccine hesitancy within America stagnates.

How Did Joints For Jabs Start?

While many Americans are ready and willing to get the jab, a large majority remain hesitant. As many as 30% of Americans within Washington state have yet to receive their first dose.

On June 8th, 2021, Washington’s Liquor and Cannabis Board announced that it would permit state dispensaries and retailers to offer one free joint to each adult that receives their COVID-19 vaccination at an in-store vaccination clinic.  The board permitted the program to run from June 7th to July 12th, giving tokers almost an entire month to get a joint along with their vaccine.

Although other states are offering other freebies to incentivize taking the vaccine, Washington has approved the offering of beers, food and free drinks as well for Americans on the fence about the jab. Other incentives include tickets to sporting events and even prize money up to $1 million.

Related: 5 Things We’re Looking Forward to in a Post-Covid Sesh!

The Joints for Jabs initiative itself was actually a program kickstarted by the cannabis activism group ‘DC Marijuana Justice’ The group advocates for equal rights for cannabis users, growers and their families as well as equal access for cannabis across the country.

Before states actually adopted the program themselves, the group was already handing out joints in New York and Washington DC where weed can be given as gifts. On April 20, 2021, the group held a “puff, puff, vax” event to encourage tokers to step up and get their shot.

In spite of the appealing offer, there are a few rules and stipulations that dispensaries and tokers must follow before receiving their free joint.

First of all, the joint must be pre-rolled. Dispensaries are (unfortunately) not allowed to give out flower or any other form of dried marijuana during the program.

Secondly, the joint must be associated with the clinic at the dispensary location. This means that clinics must offer joints that are specific to that location! We’ve heard of vaccine shopping within Canada, but what about shopping around for joints?

Thirdly, only one joint can be offered per customer for the vaccine.

Lastly, customers must be 21 years or older.

Surprisingly, and at odds with Canada’s own weed legislation, dispensaries are allowed to run advertising for the initiative in all forms.

In BC, a Canadian province famous for BC bud, the province did not respond when they were asked if a similar program could be started. At the time of this writing, 74% of eligible Canadian adults in British Columbia have already received at least one dose of the vaccine.

“The province and public health are continuing to work to make vaccines as accessible as possible to people throughout the province, and anyone who has not done so yet is strongly encouraged to register and get vaccinated,” said the Ministry of Health.

While British Columbia and Canada’s vaccination rate as a whole continues to climb, albeit, at a slower rate, one can only wonder how many more Canadians would happily queue up to get their shot if a free joint was offered as well.

If you’re already vaccinated or still on the fence about getting the shot but still want a free joint, look no further than Herb Approach. Any order above $150 will receive a free gift as well as free shipping! Order today!