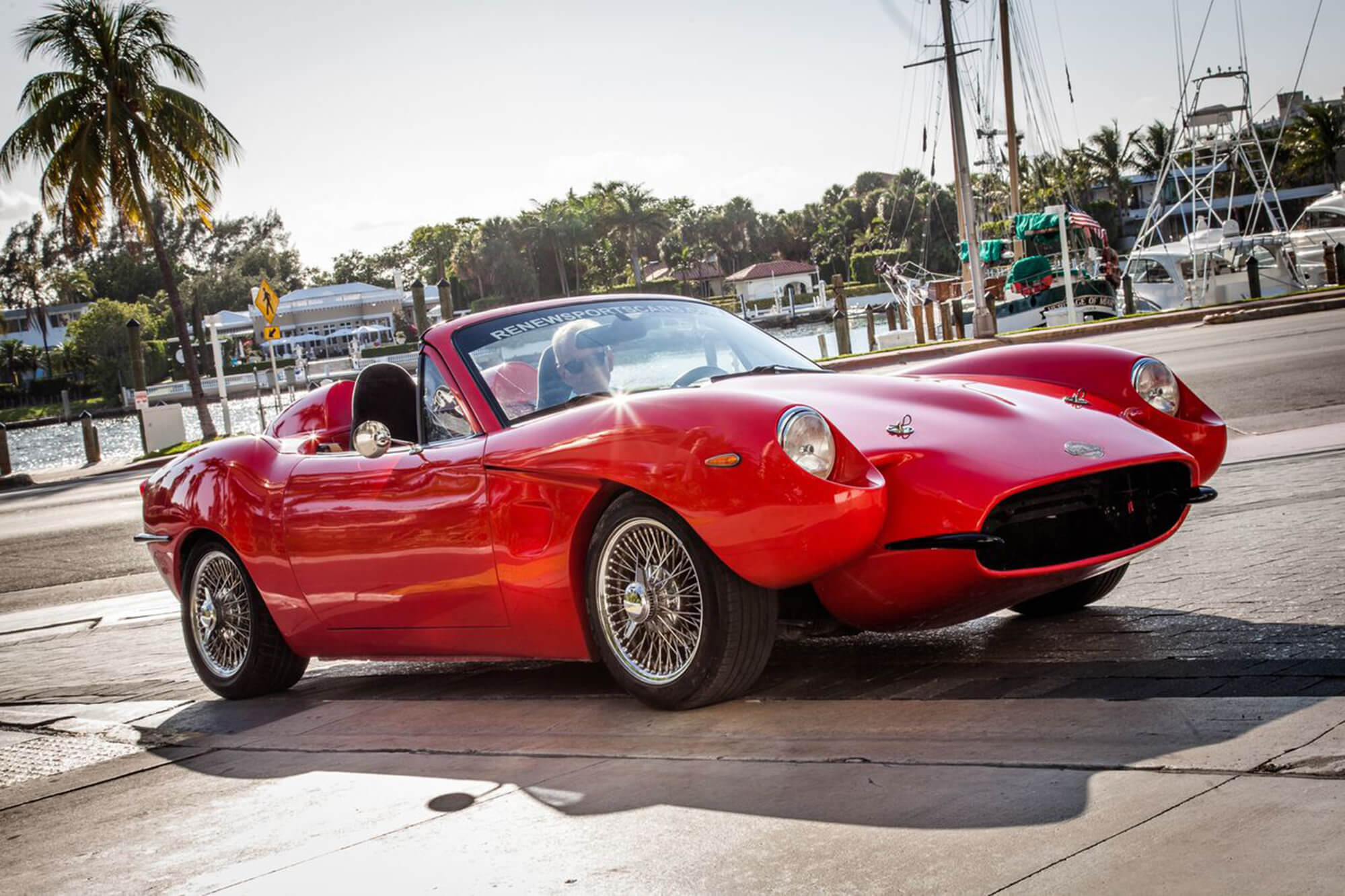 T.V. Personality and late-night host legend Jay Leno made an interesting purchase on his show Jay Leno’s Garage Wednesday, July 19. Purchasing a 2017 Renew, a hemp fabric vehicle that runs on hemp and bio oil. Making a splash in the world of automotive, seeing a predominant figure who’s known for sporting luxury vehicles turn to a hemp-based vehicle.

Making the Move to Renewable

If you are looking for a future car that’s affordable, sporty and is eco friendly look no further then the 2017 Renew. While this car isn’t out for mass production yet, it has the potential to be a giant game changer. Designed by former Dell executive of Bruce Dietzen, the Renew is meant to be a a light travel vehicle with the environment in mind. Built on the chassis of an 90’s Mazda Miata, the body is made completely out of woven hemp fabric.

The woven hemp fabric body is 10 times more dent resistant than steel, and Bruce and Jay make a point of illustrating this. Banging on the roof with force plenty of times showcasing the vehicles ability to take a hit. What really makes this vehicle special is it’s carbon neutral emissions. It normally takes 10 metric tons of carbon dioxide to create a vehicle, then 4.7 metric tons spilled into the air every year after that. The renew runs on recycled plant bio fuel or cannabis oil. Leaving no carbon footprint and taking away the strangle hold of fossil fuels grip on consumers.

Bruce Dietzen has an amazing vision with his Renew. There are 3 models ranging from 225hp to 600hp! Including a model that has an electric engine and can be recharged at stations.  With more exposure and revenue towards his business we can only hope to see a major roll out in the next few years. For now you can get a custom build Renew starting at $40,000 US. Don’t be scared to dig into those pockets if you want to really be on the forefront of, well life.

Moving towards a greener world isn’t easy, but it’s a necessary step that we need to take to ensure we keep living on a beautiful planet. Not a dead, brown and polluted waste land that isn’t fertile to grow food. Introducing the use of hemp over other wasteful and non renewable resources is a great way. With more pro-active thinking and investors like Bruce with a mind toward the future, we will see a change in the world. Let’s do what we can, even if it’s small steps towards a greener planet. A journey of 1000 miles starts with but a step.