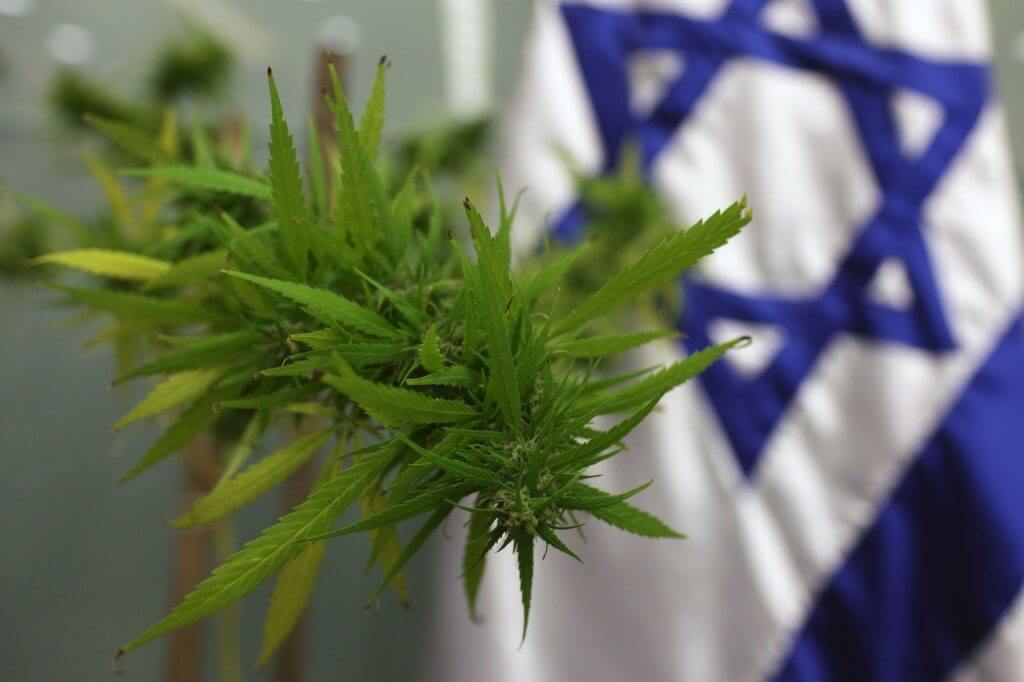 TEL AVIV — After speaking here last month at a conference devoted to marijuana innovation, Garyn Angel handed out cannabis-infused salad dressing and sauces to people seeking to add an extra kick to their lunch.

The CannaTech conference drew high-profile speakers, including Yuval Landschaft, director of the Medical Cannabis Unit at Israel’s Ministry of Health, and Sharren Haskel, a member of Prime Minister Benjamin Netanyahu’s right-wing party and one of Israel’s biggest advocates of medical marijuana. The government speakers underscored the Israeli government’s growing involvement in medical marijuana research and development.

Such high-level participation also underscores Israel’s rise as a global research destination for other countries and companies. As countries such as the U.S. wrestle with the legal status of marijuana, Israel is carving a place for medical cannabis research, an increasingly lucrative industry.

“Cannabis is what brought me to Israel,” says Angel, a Florida-based entrepreneur named to CNBC’s “Next List” of innovators shaping global commerce. “The world’s best cannabis scientists and researchers are all out of Israel. No other country comes close.”

Mechoulam’s research has included co-discovering the endocannabinoid system, the largest receptor system in the human body. He also found that the human brain produces its own cannabinoids — compounds that stimulate the body’s receptor system.
Scientists at the NIH believe these compounds could alleviate dozens of illnesses, including schizophrenia, diabetes, cancer and multiple sclerosis, to name a few. The revelation of this endogenous cannabinoid system essentially legitimized the study of a substance previously on the margins of scientific research.
“We wouldn’t have the scientific interest we have now around the world without the discovery and understanding of how these constituents in the marijuana plant act on this receptor system,” says Paul Armentano, deputy director of the Washington-based National Organization for the Reform of Marijuana Laws. Mechoulam’s research, he says, “opened the door to making the study of cannabis and cannabinoids a legitimate avenue for more conventional scientists.”

Those doors to research are trickier to open in the U.S., where eight states have legalized marijuana and 28 states carry some form of medical marijuana law, but using the substance remains illegal under federal law.

Best Countries to Invest In

The U.S. Drug Enforcement Administration labels marijuana a Schedule I narcotic, “with no currently accepted medical use and a high potential for abuse,” the same classification as heroin, making cannabis more tightly controlled than cocaine and methamphetamines.

This policy makes conducting marijuana research in the U.S. extremely difficult, as researchers must first obtain approval from the DEA, Food and Drug Administration, and the National Institute on Drug Abuse.

Enter Israel, which has become an international leader in cannabis research, partly fueled by the world’s highest percentage of financial resources devoted to research.

Israel was among the first countries to legalize medical marijuana – it remains illegal for recreational use – and is one of just three countries with a government-sponsored cannabis program, along with Canada and the Netherlands. The Israeli parliament recently took steps towards legalizing the export of medical marijuana.

The Israeli company Breath of Life will soon open a 1-million-square-foot grow-house and research center in southern Israel. The space will be among the largest medical cannabis growth and R&D facilities in the world, according to Viridian Capital Advisors, a financial firm focused on the cannabis market.

Israel has the world’s highest ratio of marijuana users, with 27 percent of the population aged 18-65 having used marijuana in the last year, followed by Iceland and the U.S., at 18 and 16 percent.

Such sensibilities, coupled with the country’s dedication to medical research, helps explain why conducting clinical trials involving cannabis is comparatively easy. Right now, there are more than 110 clinical trials involving cannabis are underway in Israel, more than any other country, says Michael Dor, senior medical adviser at the Ministry of Health’s medical cannabis unit.

Many of those studies are funded by the Israeli government, Dor says. Much of the funding also comes from foreign governments, including the U.S., Canada, Australia and Germany, countries where it’s more difficult and more expensive to conduct such studies.

Governments and companies are also aware of the growing profits in the industry. The global market for medicinal cannabis was worth approximately $11 billion in 2015, and is expected to reach $56 billion by 2025, according to market research firm Grand View Research.

Some U.S. companies are now outsourcing their research to Israel. Mechoulam, for example, works with three of them. Other companies have younger Israeli researchers on their boards, and at least 15 have set up their entire research operations on Israeli soil.

“Israel is the epicenter of research and development not only in growing the plant and creating extracts and different products, but also on the medical and research fronts, so we knew that we really needed to be there.”

The U.S. government seems to agree. The NIH has funded Mechoulam’s research for the past 50 years, providing an average of $100,000 a year to study the medicinal benefits of cannabis.

There are other draws to looking to Israel to outsource research. “The talent pool is very concentrated,” says Angel, noting that Israel is the size of New Jersey. “I can do more in two days in Israel than I can do in three weeks in other countries, because the amount of travel that’s required to meet with different thought leaders is so minuscule.”

Cannabis also is a bipartisan issue in Israel. Some of the biggest proponents of legalization are right-wing politicians, such as Sharren Haskel, who led the successful push for the recent decriminalization of marijuana.

Haskel’s explanation for bipartisan support? Witnessing its effects on people with a variety of afflictions. “When you see through your own eyes the impact that only cannabis has on these diseases … within minutes you understand that this is a public health issue and you have to assist the citizens of your country.”