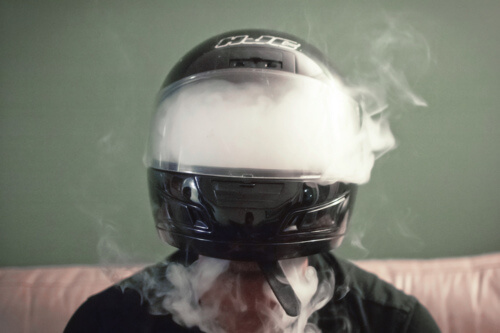 Does a hot box get you higher?

We all have the one friend who smokes tons of weed and has a hack for everything. From saving your cannabis, different flavour and how to get higher. Your friend probably also swears by hotboxing and that it gets you higher. But does sitting in a hot box actually get you more baked?

Keep on reading as we answer all of your questions.

What is a Hot Box?

If you haven’t had the amazing opportunity of sitting in an incredibly sweaty and smokey hot box sesh, you’re missing out. For many moons, people have claimed that locking yourself in a tiny space with weed smoke will get you higher. Those who have spent their fair share in a Jamaican hotbox (turning the shower on while puffing) will claim that it’s the best way to smoke.

Many cannabis users have had the pleasure of getting smoked out in a tiny room, exchanging air for grass. But does this extra smoke get you more buzzed or just your clothes smelling extra fragrant? Let’s take a look at the evidence.

If you have a friend who doesn’t like to smoke or needs to take a drug test for work, they’re better off not joining in the box. Research at the John Hopkins University found that in certain cases, the secondhand smoke from cannabis is enough to induce effects in a non-smoker. This phenomenon is also known as a contact high.

Here’s how it works.

THC and most cannabinoids take milliseconds to enter your system from your lungs meaning that any smoke you’ve inhaled is very unlikely to have any remaining THC in it. However, the smoke running off the joint, pipe, or blunt will have active properties in it.

What does that mean? Well first off if you’ve been smoking cannabis for years and sit in a hot box for 10 minutes, you probably won’t be getting any added effects to your smoke. But if you’ve never hit a spliff before and get sucked into a room that’s about to get real foggy, don’t be surprised to get some fuzzy feelings.

A Hotbox Isn’t a Hotbox Without Topshelf Cannabis. Get the Cheapest Ounces You Can’t Find Anywhere Else, Only at Herb Approach