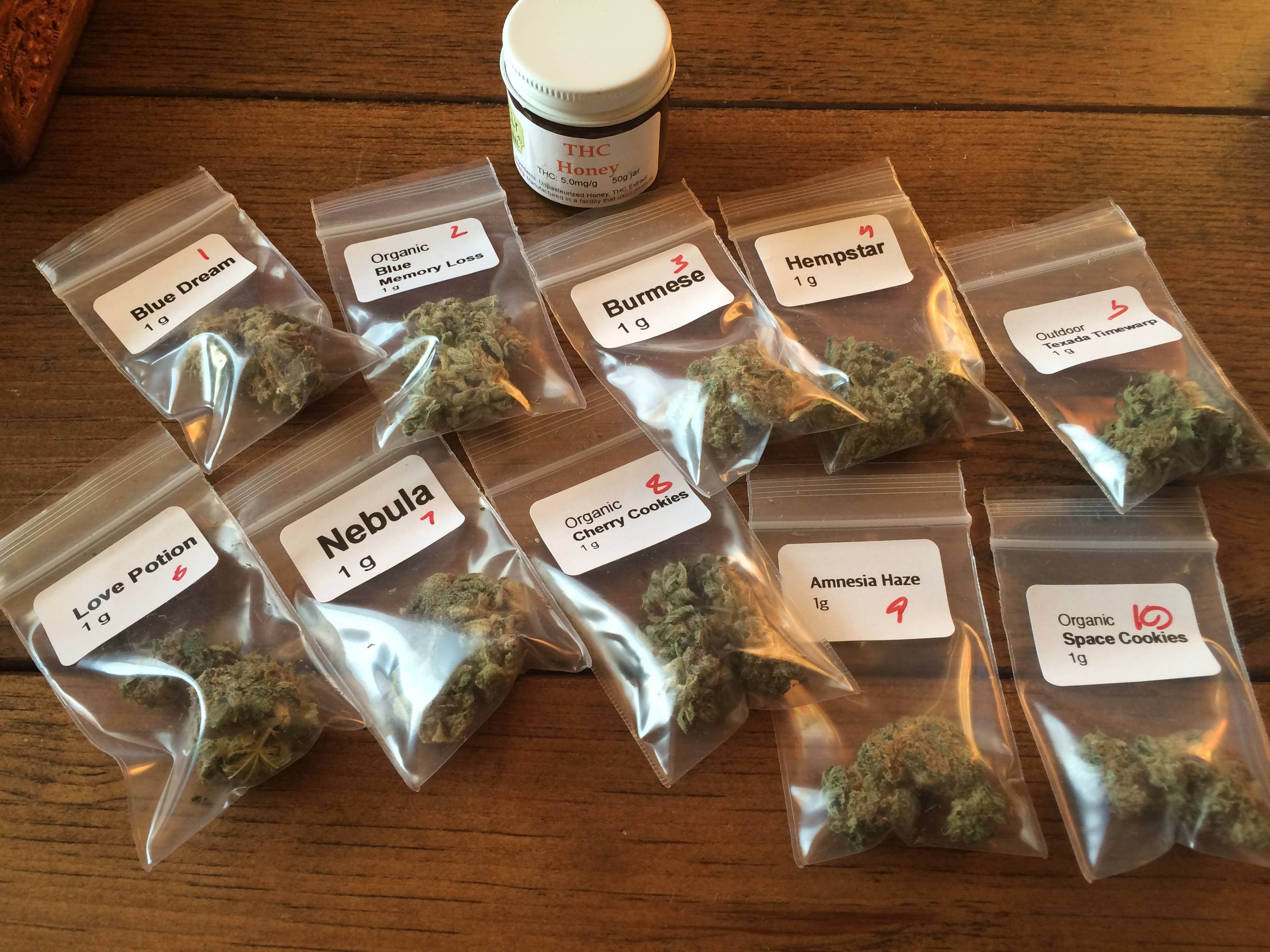 Herbal Dispatch is making big changes, but how do they stack up to Herb Approach now?

Via an official news release on September 4th, the online dispensary will no longer operate outside the law’s periphery, but, rather join the legal marketplace, becoming one of the few licensed online retailers starting September 21st.

And the implications for its business and loyal consumers are oh so many.

To start with the more positive side, Herbal Dispatch’s selection of shipping carriers will be more diverse, adding the logistic prowess of FedEx and Purolator to their mail-sending needs, which potentially provides even faster delivery times and less inventory management issues.

As for clients, their payment options will also expand, adding the use of credit cards to a payment mix that only currently entails of INTERAC E-transfers, which poses problems for many.

A great business decision, right? Right. Well, not so fast.

Other implications are, well lightly put, not so straightforward, especially for their loyal consumer base.

By joining the legal marketplace and becoming a licensed online retailer, Herbal Dispatch will have to confine operations to Canadian medical cannabis laws.

This means: edibles, concentrates and even that delicious and nutritious pet food will no longer be available – instead, just dry cannabis and oil from licensed producers.

And arguably just as influential if not more, is the implication of only, I repeat only, serving doctor-approved patients under Health Canada’s Medical Cannabis Program (ACMPR).

In other words, Herbal Dispatch is minimizing its product selection and consumer base at the same time – a decision that seems far from being business savvy.

But is it actually far from being business savvy?

In this article, I will deep dive and provide a more objective approach to Herbal Dispatch’s operational changes, and what its loyal consumer base can expect moving forward – hopefully addressing their many concerns in the process.

However, before we start, distinguishing the differences between Canadian medical cannabis and recreational cannabis will, well, clear many things.

Don’t Miss Out on the BEST Deals

So, is there a difference between recreational and medical cannabis?

The short answer is: it depends on who you ask.

Some say, it’s about the user’s intent, like whether motivations are for relieving hard-to-bear ailments, while others describe it’s just a political fabrication –

simply, call it what you want, at the end of the day, cannabis is cannabis.

While both hold some truth, we’ve found out a more research-based answer, that being:

Medical cannabis differs from recreational cannabis in mainly 3 ways: through science, politics and how it’s accessed by consumers.

At least this is the case in Canada.

Starting with science – medical cannabis is all about having more CBD.

CBD (Cannabidiol) is cannabis’ naturally occurring chemical that’s linked to the many, and I mean many, clinical studies that have shown it to be an effective remedy, helping conditions as rare as multiple sclerosis and Tourette’s syndrome, to more everyday conditions like muscle pain and anxiety.

CBD however, is almost entirely different than its co-existing chemical THC, in that it almost has no euphoric mind-altering effect.

And this proves to be why medical cannabis is generally more scientifically different than recreational cannabis, because it’s only harvested by licensed producers, who design and measure to ensure that medical cannabis has more CBD than THC.

In other words, medical cannabis has as much as 2 or 3 times the CBD content than THC, thus producing the pain and anxiety-like reducing effects with out its mind-altering result.

You’re probably asking – How is this related to Herbal Dispatch?

Well, because Herbal Dispatch is going both medical and legal, their dry cannabis strains are only very likely to cover high CBD and low THC content.

In later topics, we’ll discuss why making the decision to go both medical and legal is more strategic than not, as unlikely as it seems.

For now however, another important distinction between medical and recreational cannabis, is how it can be accessed.

CBD Changes Lives, Has it Changed Yours Yet?

Yes, you heard right, for those with doctor approval, purchasing cannabis legally at a physically dispensary is not an option, while for recreational purposes, it will be.

This may change though, as big pharma is making a push to prescribe medical cannabis through their retail outlets, somewhat balancing the accessible scale for Herbal Dispatch and the many who use cannabis for medical value.

We wouldn’t bet on this happening soon, however.

What happens to be more in reach for Herbal Dispatch’s competitive edge, is that legally recreational mail-ordered cannabis products will also be limited to dry cannabis and oils, since for most provinces, their online outlets will be in the hands of provincial governments. More on this in later articles, though.

Also, as given by its label “medical”, medical cannabis is treated just like any other prescription, needing a registered doctor’s approval, which for many who don’t have access to a doctor who is pro-cannabis, can be just another hard-to-climb barrier.

But it is 2018, and Herbal Dispatch promises an in-home direct way of being ACMPR (Canada health’s medical program) approved, potentially solving doctor-accessibility issues for many. However, this is still yet to unfold, and whether this new in-home approval system will meet clients needs or not, is still up in the air.

The next difference between medical and recreational cannabis worth mentioning, is all about perception and support. On a deeper level that is. 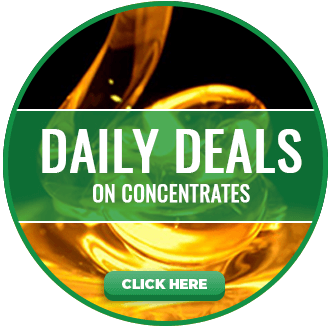 Concentrates are a Staple of Cannabis Users. You Won’t Find these at Herbal Dipsatch!

Herbal Dispatch’s Move is All About Politics

Okay, more accurately, the term medical cannabis – the only product that Herbal Dispatch will sell come September 21st – is all about politics.

And as confusing as the label has made things, we’d say it’s for good reason: to initiate a smoother legalization process.

Not just in Canada, but world-wide.

You see, there are many of those, as I’m sure some are aware, both bureaucratic and not, who just don’t see or refuse to see marijuana’s therapeutic benefits.

Even considering reproducible study after study, and testimony after testimony detailing how cannabis continues to have great medical value for those desperately in need.

So, for the bureaucrats, citizens and voters who were raised anti-cannabis, medical cannabis is a term for them to distinguish between the marijuana that’s been demonized and lumped-in with drugs of no medical value, and the “entirely new” marijuana that has medical value.

Politically-charged syntax at its finest, isn’t it?

We say however, call it whatever you like, because the sooner it’s made legal and decriminalized, the sooner our economy, our increasingly vulnerable mental and physical patients, and our overly-punished incarcerated citizens – can benefit.

And then, we can all benefit.

Thanks for reading and stay tuned for the next article of Why Herbal Dispatch Decided to go Legal and How it Relates to the Entire Cannabis Industry.

Want to save on marijuana and all marijuana-related products? Look no further than Herb Approach, Canada’s Premium Online Dispensary

Craft Cannabis Companies like Budderweeds are ready for licensing. What’s the hold up?