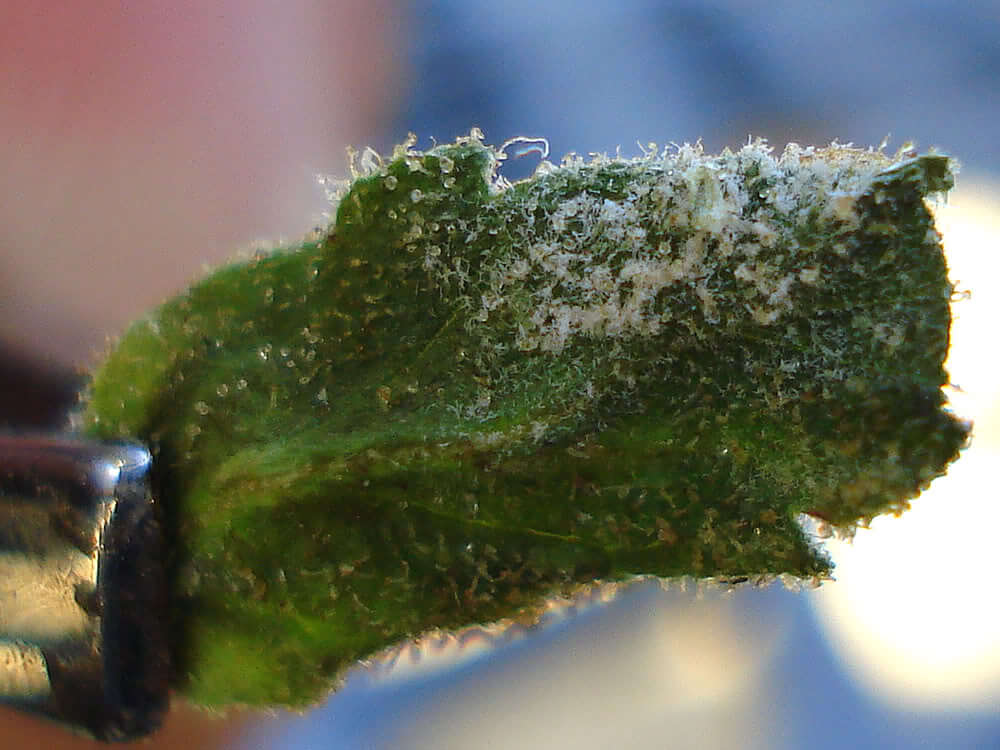 Home News Consumers of Government Weed in Ontario and BC Should Watch Out for...
Twitter
WhatsApp
Facebook

Last week, recreational cannabis consumers in the Canadian province of Ontario started noticing moldy buds. Officials quickly issued a product recall on the damaged and potentially harmful marijuana. Now, it turns out the compromised product has extended far beyond Ontario and is showing up in parts of British Columbia. As a result, the recall has also extended to include both Ontario and British Columbia.

According to Canadian news source, Global News, word of the moldy weed first started showing up on a Reddit thread. In addition to mold, many customers said they found tiny bugs in their weed.

That means that RedeCan Pharm’s voluntary recall—originally issued for more than 900 ounces of weed in Ontario—has now been extended to consumers in British Columbia.

At this point, officials believe that the contamination is limited to weed from product lot #4B2L3. Anyone who purchased product from that specific lot is encouraged to contact LDB’s Customer Care Centre at 1-844-420-2227 or [email protected]

Consumers with bad weed should be able to return their purchase for a refund.

What About the Bugs?

Although customers complained of little black bugs in their weed, RedeCan Pharm disputes that there are insects in its products. In fact, the company said that whatever objects people may be seeing are not bugs, but leftover matter from the growing process.

“We do not use pesticides,” the company told news sources. “The ‘black specks’ consumers may notice are harmless non-volatile organic matter important to this style of growing.”

RedeCan Pharm added: “They are safe for consumption and will not affect the taste, consistency, quality, or effects of the cannabis.”

Recreational marijuana became legal in Canada on Oct. 17. And while the rollout of the new system have for the most part gone smoothly, there have also been a handful of hiccups along the way.

For starters, many parts of the country almost immediately ran into supply shortages. Not surprisingly, the launch of legal weed proved very popular, with lines sometimes extending well beyond dispensary doors.

As a result of massive sales, many shops ran out of product and were unable to get new inventory from government wholesalers, who were themselves struggling to keep up with demand.

Similarly, there have been a few different issues with online retailers. For example, Ontario Cannabis Store had a few snafus with mislabeled products.

And potentially more worrying was a potential privacy breach involving OCS customers. Earlier this month, personal data of more than 4,500 OCS customers were exposed when somebody managed to access the database of Canada’s postal service.