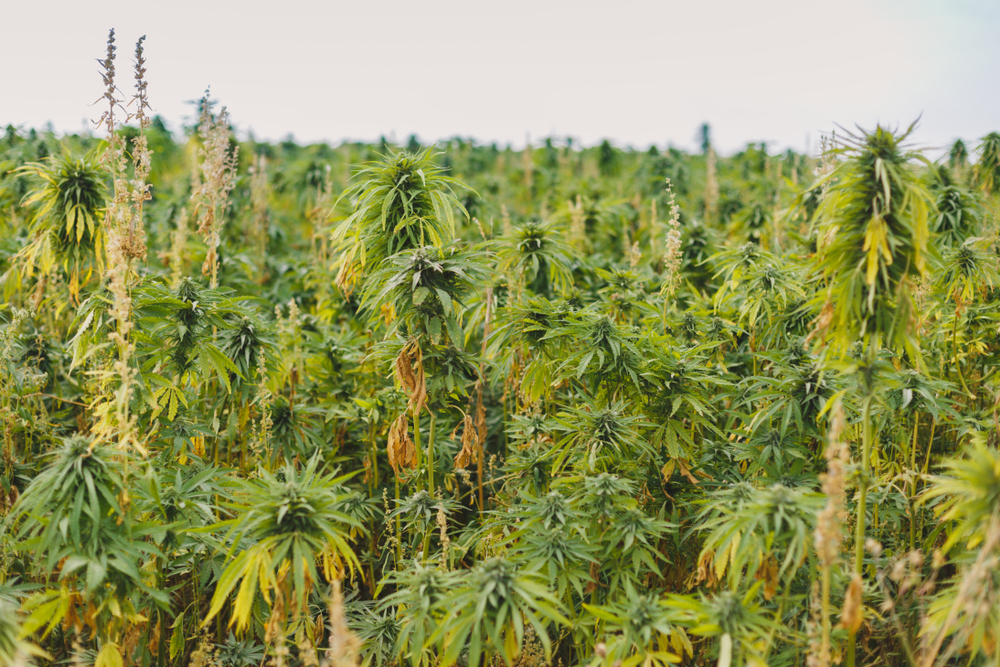 The Emerald Triangle, a famously known ground for mass cannabis production, is the unofficial capital of cannabis in the United States.

By now, cannabis legalization is in place in several regions across North America. With that, a flood of newcomers to recreational and medicinal cannabis has come forward.

With an increase in demand, the cannabis industry also needs an increase in supply, and there is a specific place in California where most of that magic happens.

If you have ever been curious about where most of the cannabis in the United States is grown and produced, then keep on reading! We’ll take a deep dive into the Emerald Triangle, how it came to be and why it’s so famous today.

What is the Emerald Triangle?

Located in the Northern California region, the Emerald Triangle is where most of the weed in the United States is cultivated and produced.

The Emerald Triangle consists of three counties in Northern California: The Humboldt, Mendocino, and Trinity counties.

Many tokers herald the Emerald Triangle as the unofficial cannabis capital of the world. It houses a vast array of high-production weed farms that grow more herb than any other region in the US.

In addition to being a top supplier, the weed that comes out of the Emerald Triangle is also some of the country’s highest quality.

Every October, while the nights are cold and airy and the mornings shrouded with mist and fog, the cannabis farmers of the Emerald Triangle begin a massive harvest of all their crops.

This magical season allows the Emerald Triangle farmers to realize the fruits of their labour as they harvest the culmination of a year’s worth of hard work and all of the natural influences that mother nature has brought on.

In fact, the harvest has achieved such widespread notoriety among the cannabis community that it’s commonly referred to as Croptober.

The History of the Emerald Triangle – Why is it Famous?

The Emerald Triangle has been around for decades, but its journey to fame began in San Francisco in1967, during the Summer Of Love.

In the 60s, the counterculture movement had begun to develop throughout much of the Western World, promoting art, rejecting capitalism, spreading love, and protesting the Vietnam War.

It was a real “sharing is caring,” “make love not war,” kinda vibe.

These dedicated people laid the foundation for the growth of a future cannabis industry nearly 30 years later when California finally legalized medical marijuana use with the passing of Proposition 215.

Initially, there was pushback against the idea of legalizing medical-grade cannabis. Still, the region was already fully prepared for cannabis cultivators to meet the needs of many of the consumers out there.

The area was practically designed for growing weed.

Nowadays, people who live within the Emerald Triangle actively depend on growing and cultivating cannabis to earn a living.

Its warm Mediterranean climate suits several different weed strains’ needs and has given the locals a strong cannabis culture heavily embedded within the region.

In this way, for many of the people living in the Emerald Triangle, growing cannabis isn’t just a job. It is a way of life.

If you’re familiar with the Netflix documentary-series Murder Mountain, then you’re probably already aware of what else resides in Humboldt County.

While it is true that Humboldt County is home to a prosperous cannabis industry, it is also home to something much more sinister. The region itself has historically been subject to high crime rates.

So much so that a Netflix series was dedicated to exploring the underbelly of the County’s weed industry, providing viewers a glimpse into both the legal and illegal activities in the market, including the murder of Garret Rodriguez, one of the local cannabis growers in the area.

While the series may not necessarily shine the best light on Humboldt County, there is a staggering amount of data that supports the docuseries’ depiction of it.

As reported in 2018, Humboldt County has seen the second-highest homicide rate in California, although rates steeply dropped off in 2019.

BC – A Rival to Contend With

While the US may have the Emerald Triangle, Canada has its very own hidden gem: British Columbia.

With its snow-capped mountains, skyscraping evergreens, and stunning seaside views, natural beauty isn’t the only thing that makes BC great. The region’s particular climate lends itself to some of the best bud in the world, surpassing even that of the Emerald Triangle.

Any blazer, old and new, is familiar with the term “BC Bud,” and for good reason.

Home to some of the most pristine air, the cleanest water, and some of the most naturally rich soil on the planet, BC has been a time-honoured breeding ground for much of the world-class weed you see today.

On top of the ideal growing conditions, cannabis has been a part of BC’s history for generations, making up an important part of its economy.

Both the ideal physical and socio-political climates have given cannabis growers the ability to hone their craft, refining crops through systematic trial and error to produce the very best of the best.

From complex flavour profiles to unique synergies created through a refined mix of terpenes, BC bud is what separates the good from the great, producing some of the best cannabis in the world.

The Emerald Triangle – In the Green in More Ways than One

The Emerald Triangle is pretty much the Holy Land of cannabis within the United States, yielding some of the best products in the entire country.

With the legalization of recreational and medical cannabis spreading across an increasing number of regions in North America, the practices and methods of growing righteous bud are only likely to improve, much to the appreciation and enjoyment of tokers.

However, while the Emerald Triangle is the gold standard of cannabis cultivation in the United States, Canadians have their own pride and joy in BC bud.

Technically classified as a rainforest, BC houses some of the most ideal conditions when it comes to growing the dankest weed you can get your hands on. If anything, the recent legalization of cannabis in Canada has strengthened the industry as there are no signs of it slowing down.

In any case, we can all agree that spreading the wealth and further expanding the influence and benefits of the wonderful world of wacky tobacky is a cause worth supporting.