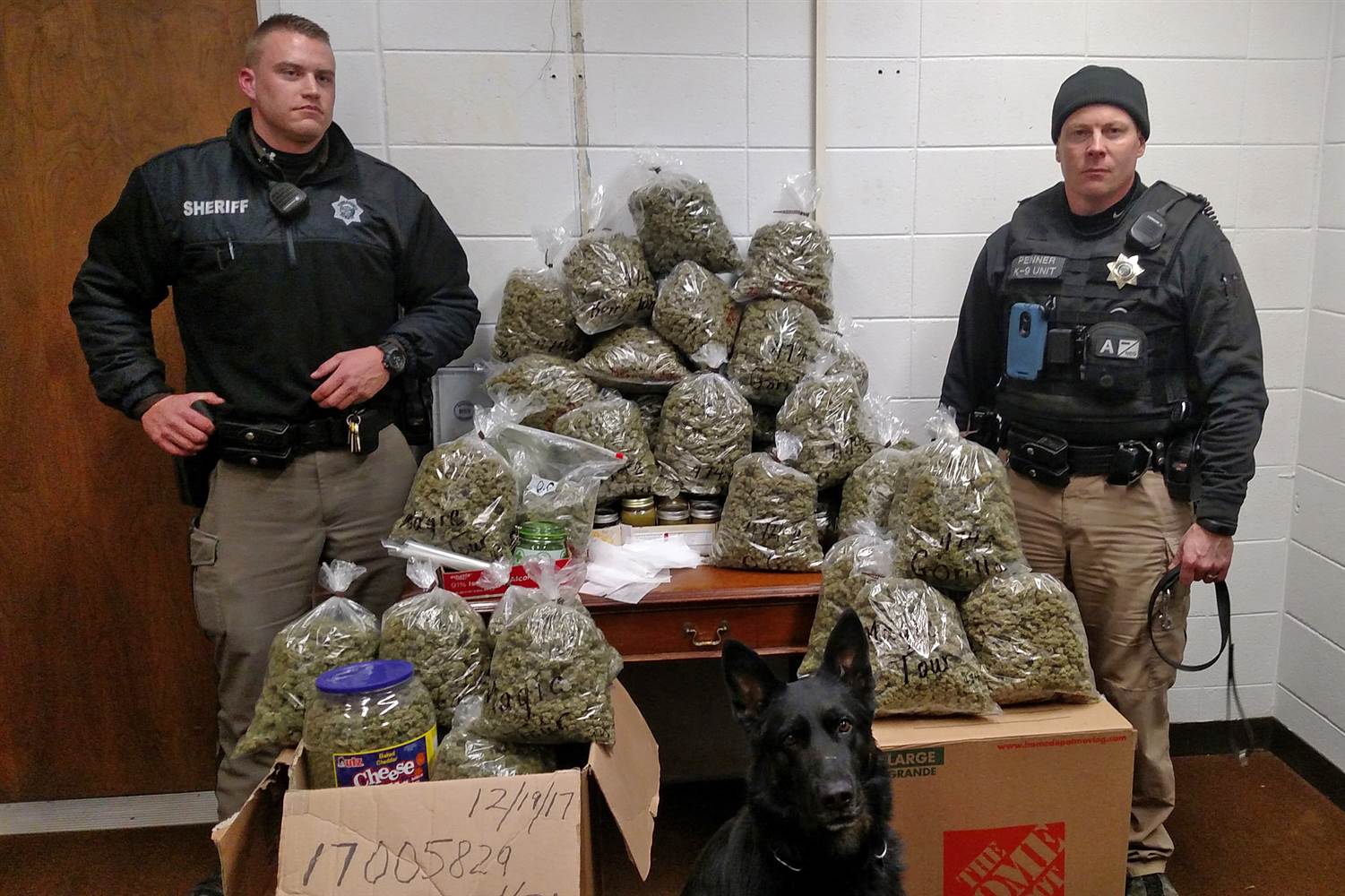 An elderly couple is facing felony charges in Nebraska after police pulled them over and discovered the unwrapped Christmas presents they planned on delivering to their friends and family in Vermont and Boston were actually just 60 pounds of marijuana.

Patrick Jiron, 80, and Barbara Jiron, 83, were on their way east from their home in northern California to visit family for the holidays when they were pulled over by sheriff deputies in York County, Nebraska. The deputies, after catching the whiff of the strong scent of marijuana, say that they asked the driver about the smell, and were told that there was contraband in the truck.

After receiving consent for a search, the deputies took a look around the Toyota Tacoma and eventually — with the help of the county’s canine unit — found all of the bud, alongside multiple containers of concentrated THC.

“They said the marijuana was for Christmas presents,” Lieutenant Paul Vrbka told the York News-Times. The marijuana reportedly has a street value of over $300,000, according to the sheriff’s department.

Mr Jiron faces felony charges for possession of marijuana with intent to sell, and for lacking drug tax stamps for the weed (the sheriff’s department told The Independent that Ms Jiron was not arrested). In Nebraska, the law requires marijuana dealers to buy drug tax stamps to prove that the state’s relevant taxes have been paid.

A sheriff’s department employee told The Independent that Mr Jiron was released from custody Wednesday.

Marijuana is not legal in Nebraska, neither for medical nor recreational uses. The state legislature has seen attempts to legalize marijuana for medical purposes, but the most recent iterations of that effort haven’t been voted on, though they did get several hours’ worth of debate.