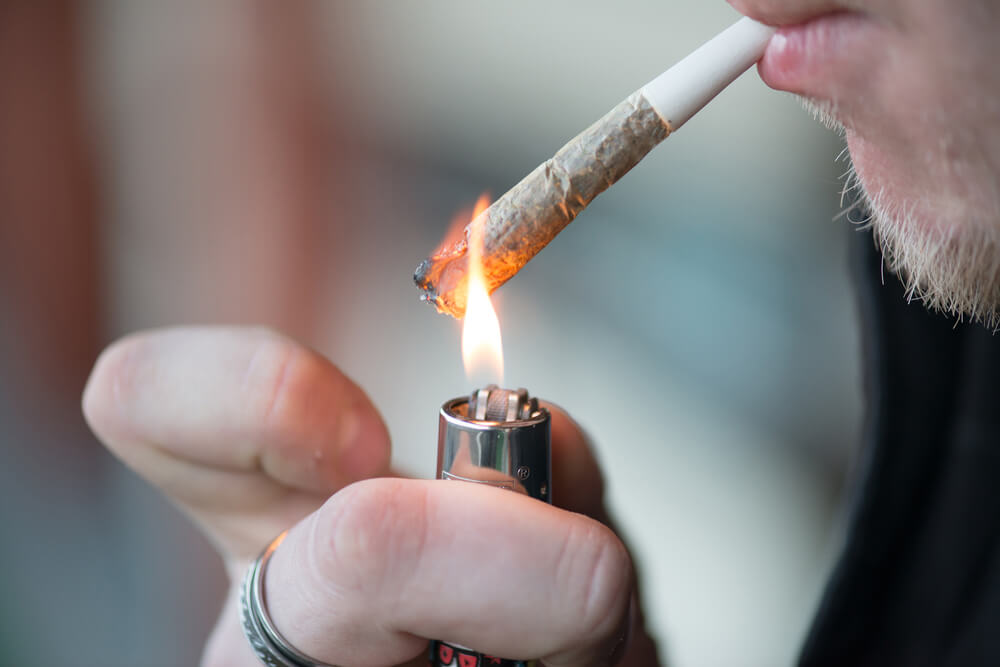 Cottonmouth doesn’t only refer to a species of snakes, it’s also something of a rite of passaage that many tokers go through (and suffer through) when they light up.

Humans have enjoyed the therapeutic effects of cannabis for generations. Whether it be raw flower, Nepalese hash, or the velvety smooth Thai Sticks, cannabis has been well known to produce a side effect called cottonmouth.

This side effect can be an unpleasant experience that can easily throw your whole smoking experience down the drain, and while it still happens even to the most seasoned cannabis smokers, there are ways to work around cottonmouth and make it less severe.

Whether you use cannabis to treat medical conditions, or for recreational use, cottonmouth can find its way into your smoke session no matter how experienced you are. To find out how you can reduce the irritation and dry mouth from weed, keep on reading!

Cottonmouth is the severe dryness experienced in the mouth due to a lack of saliva.

In the case of cannabis, cottonmouth is usually a side effect of consuming moderate to large amounts of cannabis (also known as greening out) and is known to sometimes cause pain and irritation in the mouths and throats of cannabis users.

The Cause of Cottonmouth

When it comes to cottonmouth, it’s easy to think that all of the heat and smoke from cannabis is the culprit of the problem, but there’s actually quite a bit more to it than that.

When we smoke cannabis, we inhale the cannabinoids in the plant and they get absorbed by our bodies where they bind and interact with our Endocannabinoid System or ECS for short. It is here where the THC in cannabis is able to provide its psychoactive effects on us. These cannabinoids bind to several receptors found throughout our bodies, mainly our nervous system, and can produce all sorts of reactions.

However, low and behold, our Endocannabinoid System is also heavily tied to our parasympathetic nervous system, which also controls our saliva production. And recent studies have shown that THC is actually very similar in composition to a compound called Anandamide. Anandamide is responsible for decreasing the saliva production in our saliva glands.

That said, due to the similarities between the two compounds, it is believed that the THC in cannabis is responsible for the decrease in saliva production, and as a result, produces cottonmouth.

The newfound understanding of cannabis’ effects on the parasympathetic nervous system has also given rise to new perspectives in treating other medical issues that relate to dry mouth such as Xerostomia.

How to Deal With Cottonmouth

Chew on Some Gum

The saliva in your mouth is largely responsible for how dry it will feel. Chewing on some gum will help stimulate the saliva glands, and keep things flowing smoothly. If you don’t have any gum available, any other type of chewy food like beef jerky or dried fruits will provide similar results.

Suck on Some Hard Candy

Sucking on some hard candies has a similar effect to chewing on gum. Having a small hard candy, a cough drop, or even licking a lollipop can stimulate the saliva glands under the tongue and help reduce the dryness in your mouth.

Water remains one of the easiest ways to combat cottonmouth. If your throat is sore, water might not be the best remedy to soothe it, but it can easily alleviate the irritation associated with cottonmouth. Aside from that, keeping healthy levels of hydration is paramount to having a good and enjoyable high. We recommend keeping a bottle of water handy for your smoke sessions.

Stay Away From Black Tea and Coffee

As you probably already know, many beverages such as black tea, green tea, and coffee include a decent amount of caffeine in them. Caffeine is also a diuretic, which means it will cause you to urinate more, drawing out water from your body. This is something you want to avoid as this will further dry out your throat and mouth.

Unlike other types of tea, herbal teas can be great for soothing a sore and irritated throat. If you’ve taken too big of a hit and your throat is starting to feel burnt and unpleasant, opt for a herbal tea for some quick relief. In addition to this, some lemon and honey can be added to the tea to maximize pain relief in the throat.

Want a THC Kick in Your Tea? Learn How to Make a Soothing Cup of Cannabis Tea!

Even though it might be hard to control your cravings while you have munchies bearing down on you, reducing your sodium intake can help you maintain healthy levels of hydration.

Much like black tea and coffee, having too much sodium in your diet can cause the kidneys to flush out more water to balance out the amount of sodium in your body.

Cottonmouth is a nuisance that plagues each and every one of us cannabis consumers. It can either make or break your smoking experience.

Luckily, you can rely on the tips provided above to ease yourself of any symptoms of cottonmouth so you can continue enjoying your cannabis in peace.

As always, we hope this article was able to provide some insight into some of the causes and effects of cottonmouth. We recommend you include some water in your roster of smoking equipment as it can provide a quick and effective means to reduce any discomfort experienced by cottonmouth.