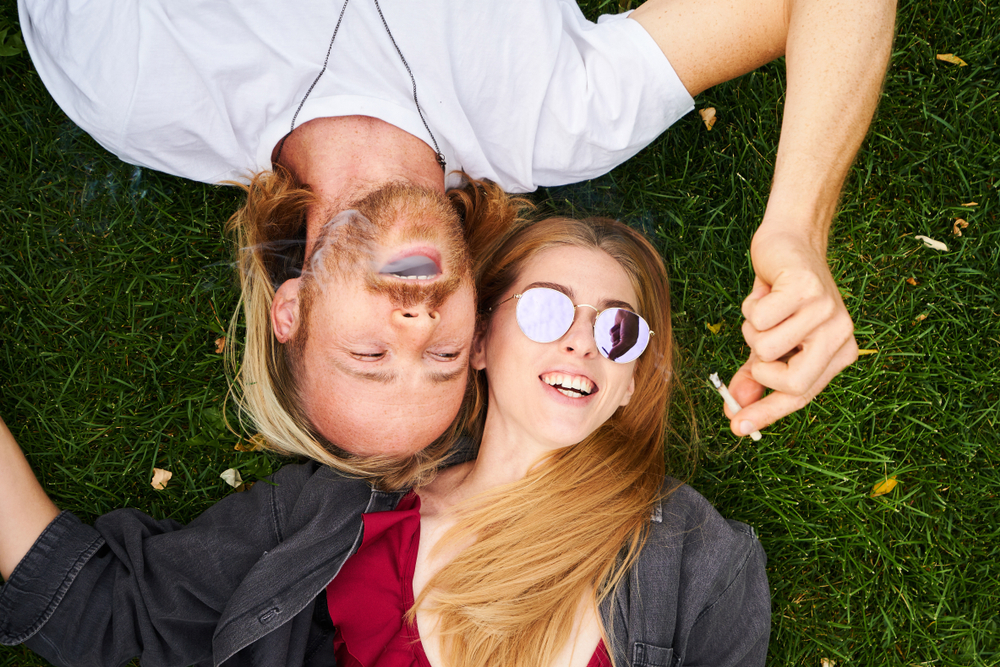 Ever been caught in a room with a bunch of people going nuts with their weed, only to feel a bit woozy yourself? We call that the contact high. In other words, the contact high is the intoxication through exposure to airborne cannabinoids in either cannabis smoke or vapor.

Whether you’ve got an important meeting the next day that requires you to be sharp, or a new job interview that requires you to pass a drug test, the threat of getting accidentally high through second-hand smoke can seem very real. Sometimes it can catch us off guard, and trust us, it happens to even the best of us.

So how do you go about navigating the treacherous waters of the dreaded contact high?

Leave it to us to guide you through the basics and show you what scenarios to avoid so you don’t end up getting blitzed by those sneaky cannabinoids.

If you’ve smoked some cannabis before, chances are you are well aware of how the whole thing goes… you inhale, hold it in, then exhale the leftover smoke.

In order to get high from second-hand smoke, the THC must be active in order for it to work properly. So is the THC still active after the smoke gets exhaled?

What the Studies Say:

In a study published in 1999, The British Journal of Anesthesia found that

“Approximately 50% of the THC and other cannabinoids present in a cannabis cigarette enter the mainstream smoke and are inhaled. The amount absorbed through the lungs depends on smoking style. In experienced smokers who inhale deeply and hold the smoke in the lungs for some time before exhaling, virtually all of the cannabinoids present in the mainstream smoke enter the bloodstream.”

When the smoke from cannabis is inhaled, the lungs rapidly absorb the cannabinoids via their tiny air sacs called alveoli. To help with gas exchange, our lungs are densely lined and covered with alveoli, giving them a vast amount of surface area to work with.

This is why you can almost instantaneously feel the effects of cannabis when it is smoked. During the inhalation, most of the THC is absorbed by the body, leaving only a small amount active in the exhaled smoke or vapor.

A more recent 2005 study found that “the variability of THC in plant material (0.3% to 30%) leads to variability in tissue THC levels from smoking, which is, in itself, a highly individual process. THC bioavailability averages 30%.”

Basically, these studies indicate that after the initial inhalation, the total bioavailability in the cannabis smoke is usually at approximately half the potency of fresh smoke or vapor.

The studies also conclude that the longer the cannabis smoke is held in the lungs, the more fully the THC is absorbed by the smoker, leaving the remnants of the smoke sometimes at a strength much less potent than 50%.

Usually inhaling the second-hand smoke from a more seasoned cannabis consumer will be negligible at best, as they tend to hold their smoke in for longer, but the possibility of getting a contact high still exists within casual groups, so how do you avoid it?

Is it Possible to Not Get Contact High From Second-hand Smoke?

You might find yourself in certain situations where you’re stuck with a group of people who habitually enjoy their cannabis, so it’s completely normal to question whether you can get high from the residual smoke or not.

Luckily, a study that was published in 2015, conducted by John Hopkins University took a look at room ventilation and its effect on second-hand cannabis smoke. Fortunately, researchers were able to conclude that it really depended on the environment that the individual found themselves in.

This first run had the researchers give the 6 cannabis users a set of high potency joints (about 11.3% THC composition) to consume in the one hour period they were in the room with the control group. The researchers had also set the room to be unventilated during this experiment.

During the one hour time period in the room, the non-smoking group was to interact with the cannabis smoking group.

Don’t Spend More Than You Have to On Quality Indica, Sativa and Hybrid Flower Strains and Edibles. Shop at Herb Approach Today And Save BIG!

Alternatively, in the second experiment, researchers replicated the same scenario with the same custom-built room, except with the addition of proper ventilation and airflow.

By the end of the experiment, the non-smokers had mentioned feelings being “hungry,” although this could be due to the fact that the study had concluded around noon. In conclusion, the second experiment ended off with the non-smoking group testing negative for THC in their blood and urine.

All in all, the second-hand high can easily be avoided by being smart and avoiding being trapped in enclosed spaces with free-floating cannabis smoke. While the study did deal with the extremes in each scenario, proper airflow and ventilation should mitigate any chance of a contact high even occurring.

Do You Need to Worry About Getting a Contact High?

The short answer is no, since the amount you’ll need to effectively get contact high (we’re talking hot box levels) is extremely rare but if you are hotboxxing with your friends, then chances are you’re going to get high.

If you’re going to spark up a joint, it’s important to keep the peace and remain respectful to those who wish to avoid second-hand smoke. That means enjoying your cannabis in a well-ventilated room, or a closed-off area where people have the option to leave if they wish.

On the other hand, if you’re looking to avoid getting a contact high, there really isn’t much reason to worry.

The research has shown that contact highs can only take place in extreme circumstances where participants essentially hotboxed the room.