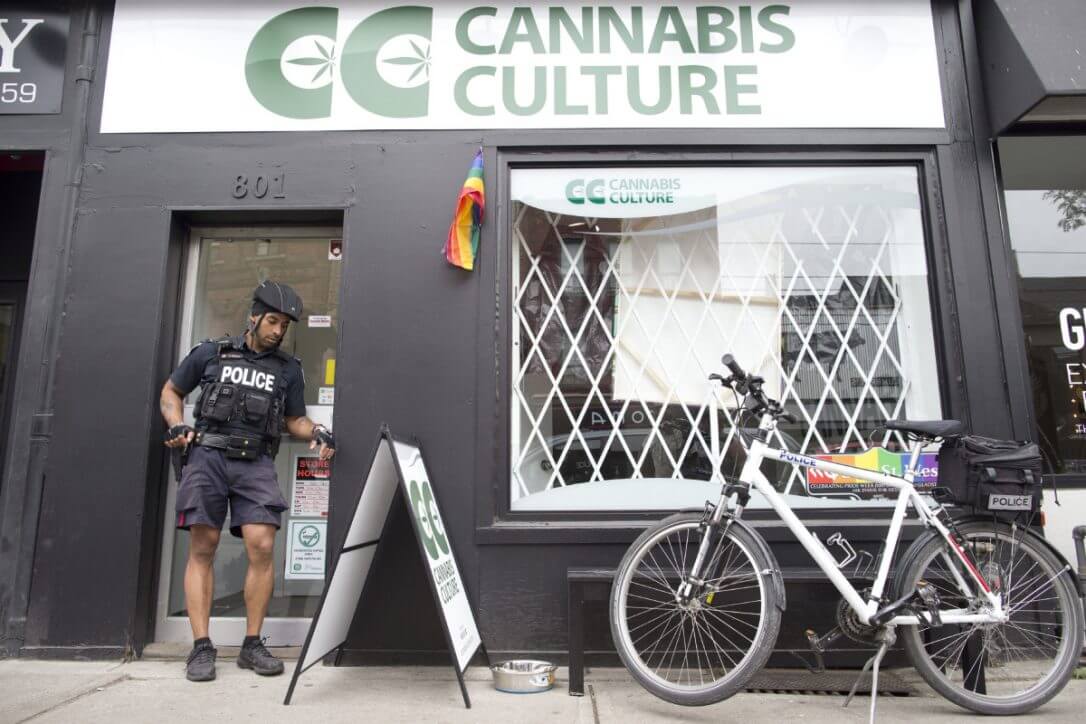 Ontario’s forthcoming cannabis legislation should spell the end of the illegal marijuana “dispensaries” that are still operating, especially Toronto Dispensaries warns Premier Kathleen Wynne. Attorney General Yasir Naqvi will table a bill on Wednesday that will outline the provincial rules surrounding recreational marijuana when the federal government legalizes cannabis in next July 1.

The premier said Monday there would be no surprises in the new law, which will restrict weed consumption to those 19 and older and confine its use to private homes.

“It will lay out more details around essentially the framework that we have talked about, and, you know, as we said, the (retail) entity will be a subsidiary of the LCBO,” she told reporters.

“We will have more clarity then about exactly what we have to implement going forward.”

Wynne said she hoped that, once the legislation is passed, it would eliminate any ambiguity about the storefront Toronto Dispensaries operating around the province.

“Our expectation is that those dispensaries will be shut down, because we are going to be putting a new framework in place and the legislation will make that clear,” the premier said.

Asked why the illegal Toronto Dispensaries are still open for business, she said: “that’s a conversation that we need to have with municipalities and with law enforcement.”

“But I believe that, as it becomes clearer what the rules are going to be, I think it will make it easier for municipalities to take action.” Queen’s Park will give communities a say in where the 150 standalone LCBO-operated cannabis shops will be located in order to keep them a safe distance from schools.

In a presentation Monday at a St. Michael’s Hospital symposium on marijuana legalization, former attorney general Michael Bryant expressed concern about the impact on children and youth. Bryant noted there is already a “treatment deficit for kids with drug or alcohol dependence” in the province.

“At least two-thirds students in Ontario schools who seek treatment, and qualify for treatment, aren’t getting treatment,” he said.

Urging governments not to be seduced by the expected tax windfall from marijuana sales, Bryant said there is an urgent need to “inform kids and parents” about the dangers of marijuana use at a young age.

“I sense little public pressure to kick a robust public health and education policy into gear. So many dollar signs in our eyes, so much . . . histrionic change, we can’t see that quiet, isolated, angry, fearful kid in the corner who needs our help.”