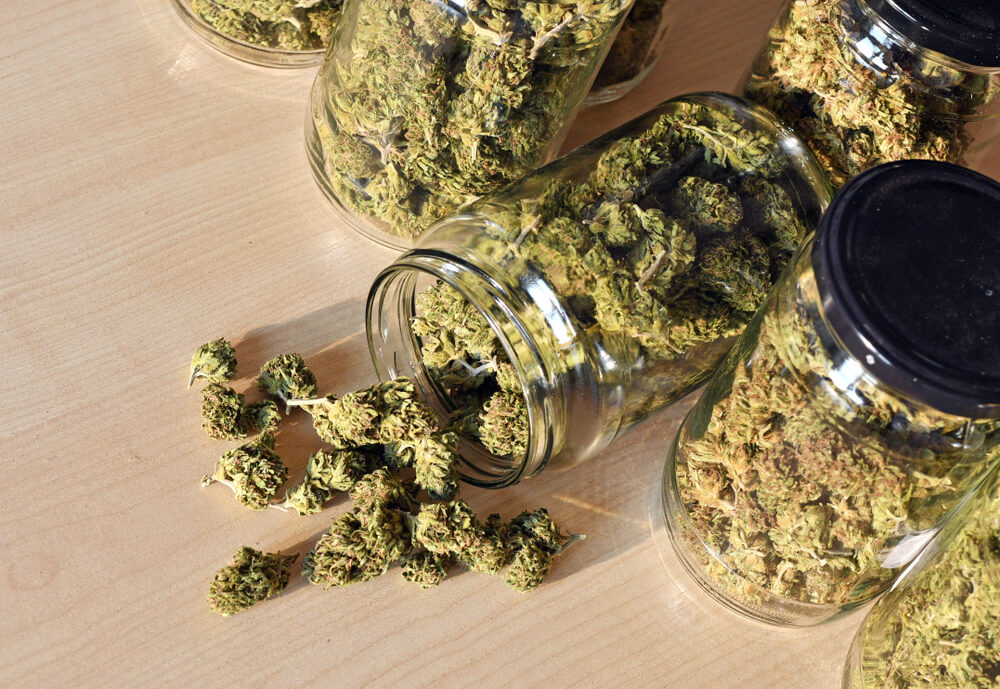 What’s up, Chemdawg? Arguably one of the biggest names available on the market, the Chemdawg strain has become an incredibly popular and widely-sought-after cannabis strain among blazers for its various beneficial properties.

Chemdawg has such desirable qualities that it has been used as a parent-strain to several famous hybrids, including Sour Diesel and OG Kush.

However, it’s also a legend in its own right.

Today, we’ll be breaking down everything there is to know about the Chemdawg strain and why it is a token toker treasure in many user’s stash boxes.

Let’s get into it!

Also known as Chemdog, Chemdawg is a famous cannabis strain used by a wide range of tokers for various purposes. While its stellar properties have built quite a name for this strain, precisely where they come from remains a mystery.

There are a couple of theories, though.

The first suggests that Chemdawg is a hybrid strain created by US breeders by crossing sativa landrace strains from Thailand and Nepal. Others believe that the legendary marijuana strain has more hardcore origins and is the byproduct of growers exchanging seeds at a Grateful Dead concert.

Even still, some propose that the parentage of Chemdawg traces back to a Colorado strain known as Dog Bud.

While its precise genetics and background story remain a guessing game, what we do know for sure is that Chemdawg is a revered and respected marijuana strain that toker’s love for its unique flavour combination and positive, uplifting effects.

The insight we have into the Chemdawg lineage is that it is a nearly balanced hybrid strain, with 45% sativa and 55% indica. It also has a reputation among the cannabis community for being particularly potent, with THC levels ranging from 15 to 20%.

So, if you’re a newbie to the world of weed, our advice would be to build up a bit of a weed tolerance before taking on the Chemdawg.

What are its Characteristics?

In terms of aesthetics, the leaves of the marijuana strain are sweet spring green. The buds are tapered and long with more of a popcorn-like appearance indicative of an indica. The Chemdawg flowers are somewhat loose with fine, wispy leaves. Red and orange pistils also pop out from among the buds.

To put the cherry on top, the leaves are coated in a layer of sticky white trichomes, reminding you of the first snow on Christmas morning!

Due to its unique structure and texture, most tokers will find it difficult to break apart Chemdawg buds without using a weed grinder.  If its looks don’t draw you in, the Chemdawg smell certainly will! This strain is arguably one of the most fragrant cannabis strains on the market. If you’re looking to hide your high, you’ve got to be particularly careful with this one, as it’s known to fill a room.

As its name suggests, Chemdawg has a particularly pungent diesel aroma. This strain also releases a musky, earthy smell with hints of pine on top of its signature scent.

The same manner in which its smell commands attention translates into the unique flavour of this marijuana strain. In this way, this slightly indica-dominant hybrid tastes as it smells. Its distinct diesel flavour is powerful and will stick to your tongue for a while after blazing.

It also shouldn’t be too shocking to hear that many cannabis users experience an almost chemical-like taste on the exhale after sparking up some Chemdawg, with a nearly ammonia-like tang that resonates and lingers.

However, this strain is also loaded with pinene and limonene terpenes that supply pine and citrusy lemon aftertaste, making it a smooth and enjoyable strain to incorporate into your next sesh.

Is it an Indica or Sativa Strain?

As we outlined above, the strain Chemdawg is a hybrid with a ratio of 45% sativa and 55% indica. So, it is a slightly indica-dominant strain but still incredibly well-balanced in terms of its effects.

The high itself comes on relatively quickly and may catch some users off guard. You may likely experience your senses feeling sharper and a heightened awareness of your particular environment.

While it may take a couple of minutes to adjust, the cerebral effects will eventually transform into an uplifted, happy feeling that will make you introspective when taken in the right setting.

This enhanced sensory experience makes Chemdawg fantastic for spurring excellent stoner conversations or, if you’re alone, channelling that energy into a creative project.

After just a couple of tokes, you’ll likely succumb to a chronic and contagious case of the giggles.

In terms of the high’s duration, it can last for hours. In this way, Chemdawg is a strain best saved for use in the afternoon or later. Part of this reasoning is because, while not overwhelming, Chemdawg does produce some powerfully sedating effects due to its slightly indica-dominant nature.

However, if you’re worried about not being able to leave your couch, don’t sweat it. This will only occur if you intentionally take higher doses. Still, as we said before, the strain Chemdawg, specifically, does have a reputation for being especially strong.

Its THC concentration ranges from 15 to 20%, so novice blazers should be cautious.

Common side effects of Chemdawg are pretty similar to most other strains, including dry mouth (cottonmouth), dry eyes and paranoia when consumed in high doses.

For more information on what effects and experience you can expect, check out our full guide to indica vs sativa differences here!

Is Chemdawg a Good Strain?

In a word – abso-freakin-lutely! There’s a reason why Chemdawg remains one of the most popular strains available on the market, and there are countless reasons why we love it!

First off, if you’re looking for a strain to enjoy with some of your favourite people, you can’t go wrong with Chemdawg. Its uplifting and euphoric effects make for a sesh full of good vibes only.

On top of that, this marijuana strain’s physical sedation is enough to create a chill and relaxed atmosphere without fear of anyone passing out mid-conversation.

Speaking of conversation, with its sensory enhancement, Chemdawg is a fantastic strain for those looking to have in-depth, introspective chats.

If you’re sparking up on your own, Chemdawg is also a commonly used strain for getting in touch with one’s creative side, whether it be through art, music, writing or whatever tickles your fancy!

Its beautifully blended hybrid qualities lend themselves to a vast assortment of uses. However, one thing remains clear. This strain will have you feeling good both mentally and physically.

What more can you ask for!

You Can’t go Wrong with Chemdawg

Legends are legends for a reason, and Chemdawg is no exception.

With its well-balanced properties and bodacious bag appeal, it’s not surprising that it has been used so frequently as a parent strain to create other desirable hybrids. In fact, it only speaks to its charm.

While the genetics of the strain remains shrouded in mystery, what has become abundantly clear is that the Chemdawg strain is among the most popular and beloved strains on the market.

Whether it’s its soothing but not overwhelming physical qualities or uplifting cerebral effects, this strain supplies the best of both worlds!

If you’re on the lookout for a new strain to spice up your next sesh, you can never go wrong with a classic.

Spark it up for yourself and find out why Chemdawg remains one of our favourites to this day.