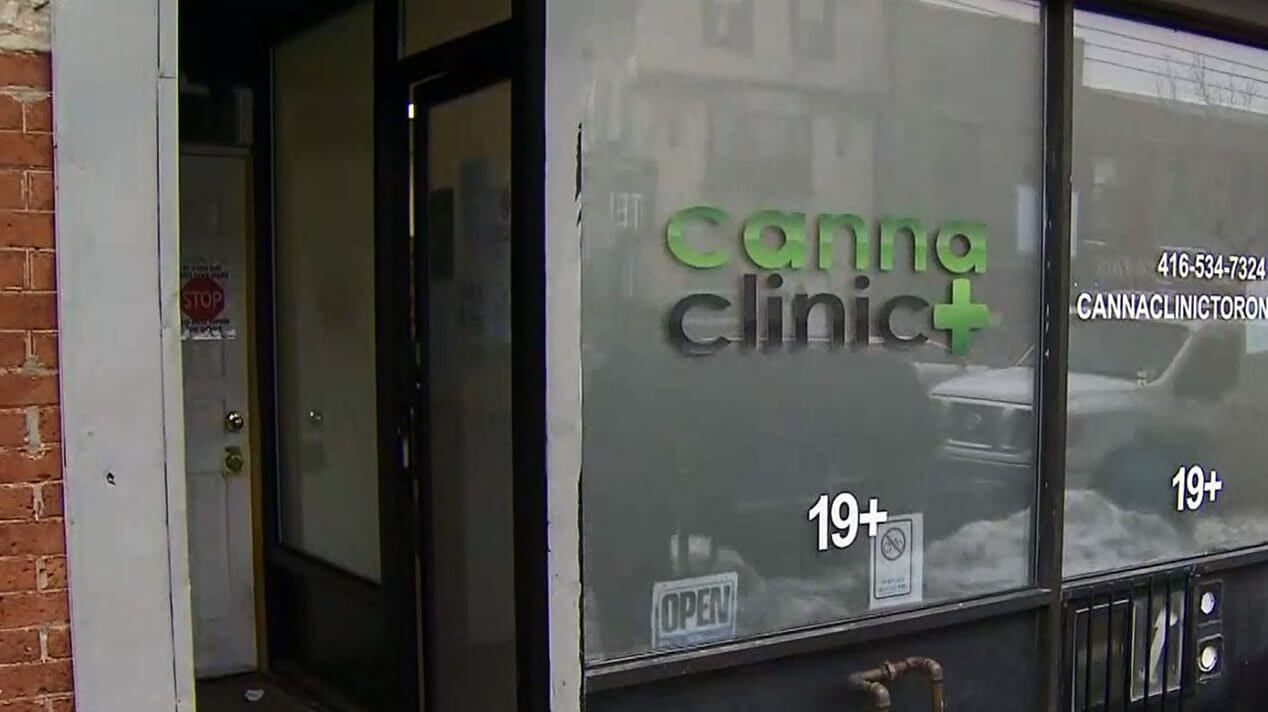 The Attorney General is seeking a forfeiture order for almost $600,000 seized from the carry-on luggage of an alleged Canna Clinic courier waiting to board a flight to Vancouver at Pearson airport in January. “There are reasonable grounds for the court to find that the property that is the subject of this proceeding is the proceeds and/or instrument of unlawful activity.

Peel police allege the currency “appears to be associated with illegal storefront marijuana dispensaries,” based on the large sum bundled in a suitcase “rather than in an account with a financial institution where it would accrue interest,” according to a supporting affidavit filed in court.

None of the allegations have been proven in court.

As part of its ongoing enforcement effort against illegal pot shops, the city of Toronto is also seeking an injunction to close B.C.-based Canna Clinics, which has seven outlets in the city, for contravening zoning bylaws. The injunction application also names Ivan Noe Gourkow-Schulkowski as a corporate operator.

Toronto lawyer Paul Lewin, who represents Canna Clinics, says he plans to “vigorously fight” both the forfeiture application and injunction. He declined to comment further. Both matters are set to be heard in September.

According to the affidavit, security agents contacted Peel police earlier this year about an individual who “travels through Toronto’s Pearson International Airport from Toronto to Vancouver every two weeks, normally between 11 a.m. and 1 p.m.”

On Jan. 15, after “bulk organic material” was found in luggage during security screening, police questioned Issayas, 28, as he sat in a departure gate at Terminal 3 with a black suitcase and knapsack between his legs, says the affidavit of Peel Const. Robert Trujillo.

Issayas told the officers he was in the entertainment business and the $120,000 was for music videos.

“Issayas indicated that he did not understand why there is an issue as he had done this many times before without incident,” the affidavit says.

Police charged Issayas, who had no criminal record, with money laundering and possession of proceeds of crime. The charges were withdrawn on Feb. 13.

When police counted the Canadian currency they discovered $590,140 bundled by elastic bands, including 17,002 twenty dollar bills, the documents say.

Also seized from Issayas was a “new hire employee information form for Canna Clinic.” There was also a receipt for a pot purchase, with no logo or prices, the affidavit states.

Trujillo says he received a letter, dated Jan. 20, from the Canada Revenue Agency that Nadine Gourkow informed CRA the seized money was intended to repay a GST account number.

Mark Sraga, Toronto’s director of investigation services, said Friday while pot shop owners purport to be in business to provide reasonable access to medical marijuana users, the amount of money seized shows this to be a “bogus” claim.

A spokesperson for the Attorney General wrote in an email that this is the only civil forfeiture proceeding relating to cannabis dispensaries but declined to comment further on the case.

In Ontario, civil forfeiture legislation focuses solely on the connection between property and unlawful activity, and is not dependent on any criminal charges or convictions, the provincial government’s website says.

“The standard of proof required for civil forfeiture is the same as it is in all civil actions — a balance of probabilities.”

If you’d like to shop at a reputable dispensary, check out Herb Approach.