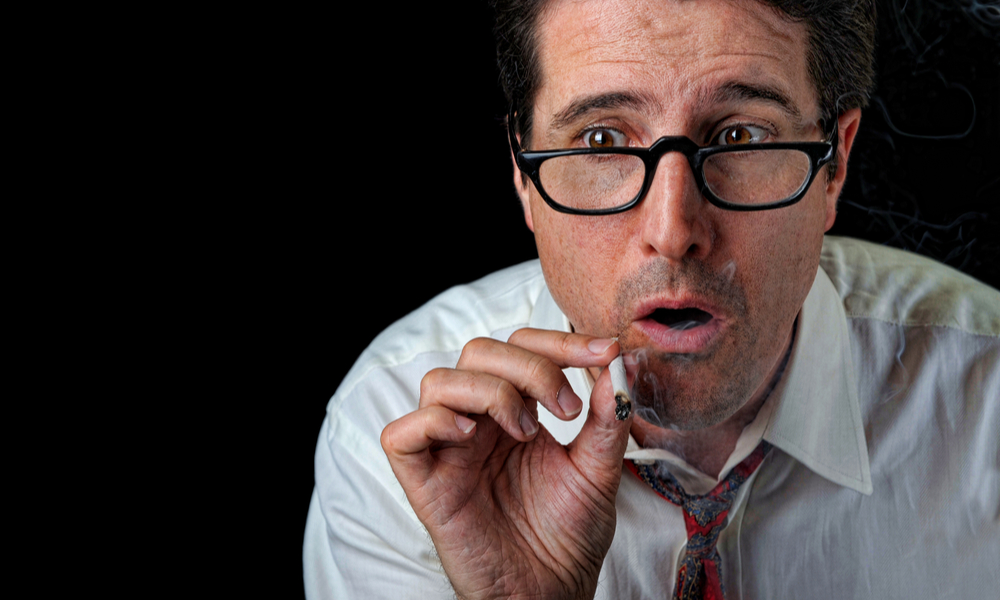 Home News Canadian Man Loses Job Offer After Disclosing Medical Cannabis Use
Twitter
WhatsApp
Facebook
Clayton Hannah has follicular lymphoma. It’s a rare form of incurable blood cancer that, thankfully, progresses slowly. After consulting with his doctor, Hannah began taking prescribed cannabis oil with a high THC content. The treatments aimed to limit tumor growth and prevent new tumors from forming. But Hannah’s use of THC to treat his incurable cancer ended up costing him a job offer. And not because he failed a drug test or showed up to work high—he didn’t. But instead, because he was simply honest with his future employer about his past medical cannabis treatments.

The job Clayton Hannah was vying for was a position as a millwright with Tolko Industries, a forest products company that supplies building materials. On the “Who We Are” page of the Tolko Industries website, the company lists “progressiveness” and “open communication” among their values. But Tolko has so far declined to speak with CBC about Hannah’s rescinded job offer over privacy concerns. And the company’s decision to pull a job offer off the table over past medical cannabis treatments is hardly progressive in a country that just legalized adult-use cannabis.

Hannah knew the millwright position is highly safety sensitive and that Tolko conducts routine drug screenings of its employees. So he stopped taking THC oil treatments for his cancer six months prior to applying for the job. He knew he would have to pass a drug test. And thinking full disclosure would be best, Hannah told Tolko about his prior THC treatments on October 2, the day before taking a urine drug test. He passed that test the next day, obtaining negative results.

That same day, however, Tolko called Hannah to say they were pulling the job offer. Hannah was expecting to begin work on October 9. Almost immediately, the relationship between Hannah and his prospective employer became tense. Tolko said it needed to conduct an additional review because Hannah voluntarily disclosed cannabis use. Hannah said he had already sent the company all the required information. And on October 15, Tolko sent Hannah an official notice that they had rescinded the job offer. The letter accused Hannah of being impatient and aggressive during the review process, and that his ”overwhelming lack of trust” in the company led to the withdrawal of the offer.

Clayton Hannah is taking his situation to provincial authorities in Alberta. He has filed an official complaint with the Alberta Human Rights Commission, alleging Tolko discriminated against him due to his illness. Canadian law does protect employees who have medical prescriptions. Employers have to accommodate existing and potential employees with illnesses and legal prescriptions for them, including medical cannabis. Furthermore, job-seekers cannot face discrimination simply because they have an illness.

The law also does not require job candidates to voluntarily disclose any information about their illnesses or medications. Rather, employers who want that information have to make their policy known and officially request the information. So by being honest with Tolko, Hannah put himself in a position that wasn’t necessary. And now, he’s dealing with the consequences.

Hannah’s situation is prompting many experts to stress the need for workplaces to update their drug policies in light of Canada’s historic legalization of cannabis. According to Alison McMahon, founder of Cannabis at Work, the goal should be to treat medical cannabis prescriptions the same way employers already treat other prescriptions that can cause impairment at work.