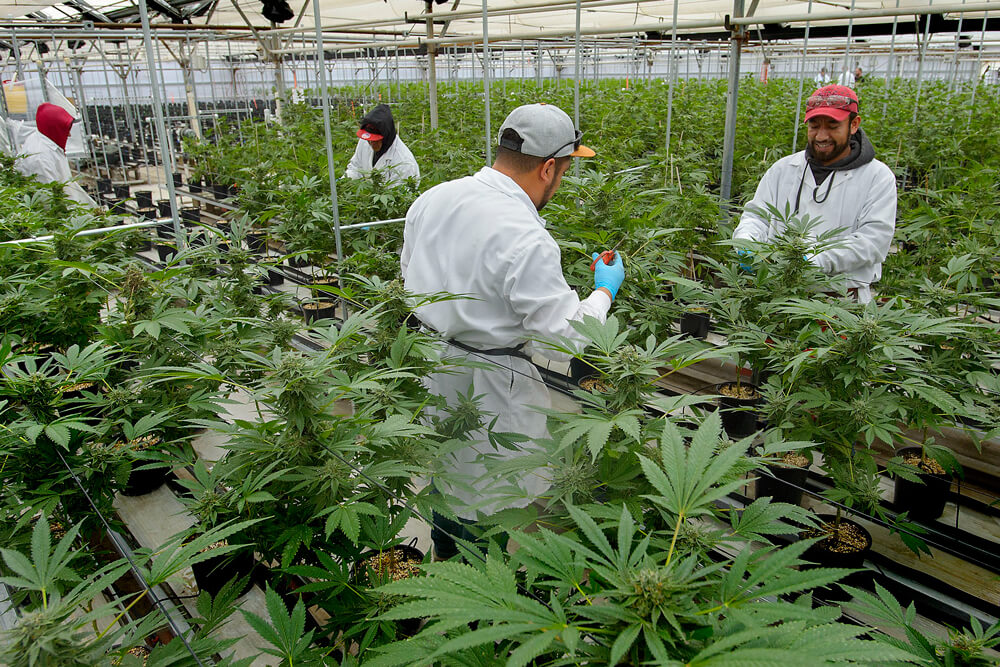 Canada’s cannabis industry is experiencing a labour shortage. In the five years since there has been a large scale legal market for medical pot, and the recent legalization of recreational sales since October, companies have had trouble finding candidates that can deal with the sometimes punishing and difficult conditions required in large-scale greenhouse labour.

Some companies are solving this problem by hiring foreign workers. Through Canada’s Seasonal Agriculture Worker Program (SAWP), a system that allows employers to hire temporary foreign workers (TFW) when Canadians and permanent residents are not available, licensed producers have been finding relief from a growing shortage of talent and bodies.

One Ontario licensed producer, Aphria, with a large greenhouse facility in Leamington is doing just that. According to a recent report in Bloomberg, the SAWP allowed Aphria to hire about 50 temporary workers from the Caribbean and Guatemala with plans to bring in up to 100 more.

“Those are really hot, humid months and working in a greenhouse, as much cooling and airflow as we can provide, is still pretty darn hot in July and August,” Vic Neufeld, Aphria’s CEO is quoted as saying.

This year Aphria had to dispose of almost 14,000 cannabis plants during the summer fiscal quarter because they weren’t harvested in time. This cost costing the business nearly $1 million in lost product, according to Bloomberg. Since then, the company has doubled the staff at its Aphria One greenhouse using the SAWP and local hires.

Statistics Canada reported that at the end of 2017, the total 55 licensed producers (LP) had a total of 2,399 employees. In the year since then, the number of LPs has more than doubled, driving up demand for workers. As more provincial and private run stores open, ancillary businesses expand, and market valuations level, these numbers have been estimated to reach into the hundreds of thousands.

TFWs can be drawn from select countries that have made agreements with the Canadian government, these include: Anguilla, Antigua and Barbuda, Barbados, Dominica, Grenada, Jamaica, Mexico, Montserrat, St. Kitts-Nevis, St. Lucia, St. Vincent and the Grenadines, and Trinidad and Tobago.

TFWs from participating countries can only work for a maximum period of eight months, between January 1 and December 15, provided they are able to offer the workers a minimum of 240 hours of work within a period of six weeks or less.

Cannabis is not listed as one of the SAWP’s currently approved industries, however, there is a broad reference to ‘greenhouse’ workers, which is likely where Canadian cannabis is finding its footing in the program.

TFWs are required to be paid the same wages and benefits as those provided to Canadian and permanent resident employees working in the same occupation. Employers are also required to supply housing and cost-free transport to and from work.